All American Ladies Rush To Join 'Women With Newt' 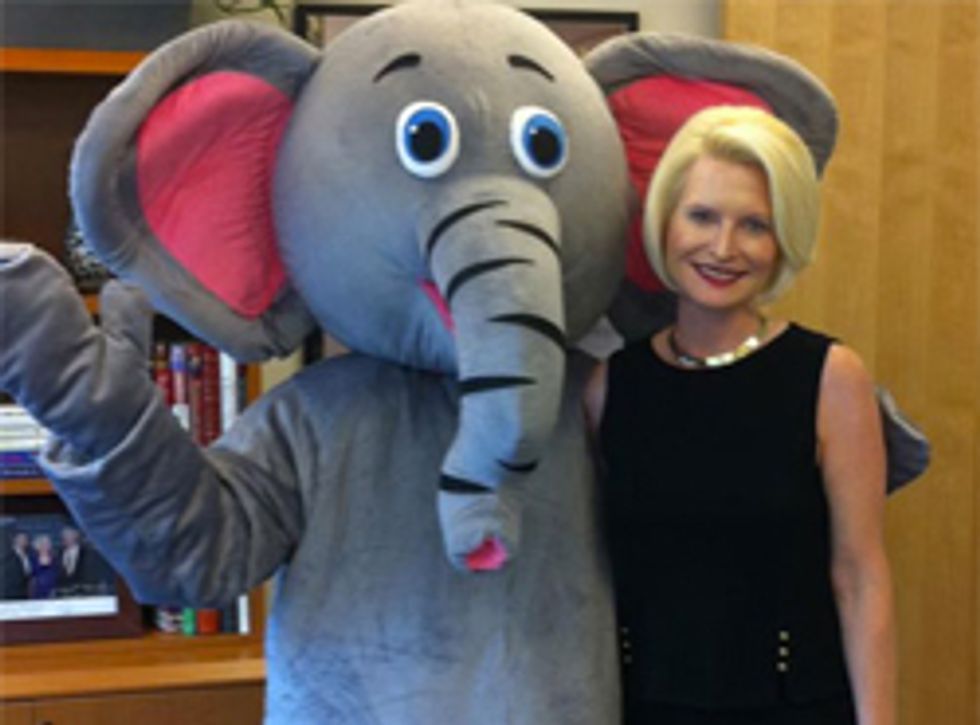 Have you ever been a "Woman with Newt," or did you escape your 1990s stint as a female congressional staffer untouched? If it's the latter, then that's fine, you'll have plenty of opportunities to make it up and perform your service either now or under the future President Gingrich. See Newt, a famously carnivorous vulva jackal, has finally gotten the memo that ladies can vote, and has thus started the"Women with Newt National Coalition," a group of ghosts that Callista Gingrich will run around screaming at with little purpose.

Cally herself will lead Women with Newt, alongside such other political comedy-wife figures as Jeri Thompson, the cherished spouse of Fred "Dipshit Magoo" Thompson. "Women" as a demographic group have had mixed feelings about Newt Gingrich this campaign season. On one hand, they completely hate him. Newt Gingrich cut off the other hand with a hatchet.

Say something about women, Cally!

Over the last several months, I have had the privilege of visiting with many wonderful women across the country -- learning about their concerns and hopes for our future. My husband is the only candidate with the experience, knowledge, and vision to get our country back on the right track.

This is bullshit, goodnight!