All That Is Nice Things Melts Into Weird

We've all made it to another Sunday, kids, so you know what that means: Paralyzing anxiety before the work week starts again! Oh yes, and also, a brief respite with Nice Things, to create the illusion that the existential gloom isn't all-pervasive. Eat at Arby's.

I'm really no good at nihilism, honestly. As a bargain basement Kurt Vonnegut imitator, I've really internalized his friend's conclusion: "You put bitter coatings on very sweet pills." So it goes. As long as there are kittycats and human decency, there's some hope. (It is an illusion. Or maybe the hopelessness is the illusion, huh?)

About a year ago, an AI process was unveiled that could create frighteningly realistic faces for people that literally don't exist. It's an amazing advance in machine learning, and yes, fake faces are now regularly showing up in fake online profiles, too. Here are a few unreal people grabbed this morning from ThisPersonDoesNotExist.com: 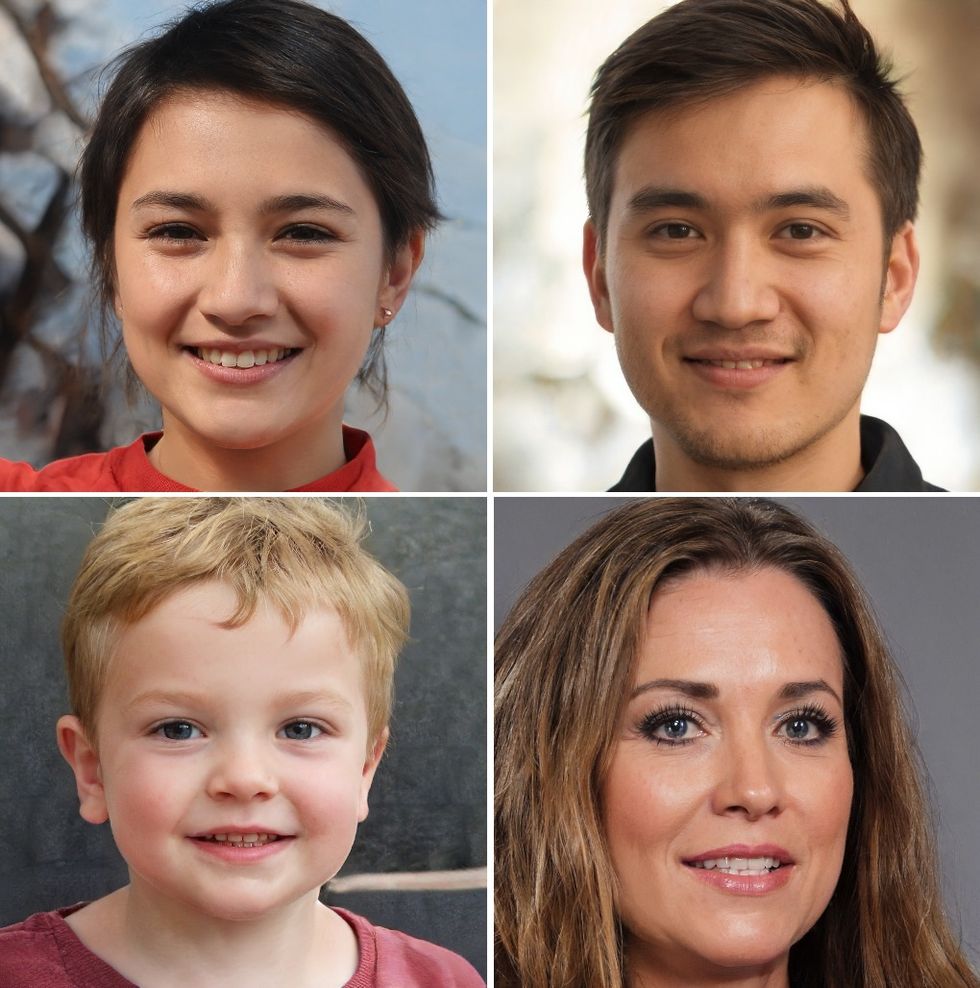 Shortly after that, computer wonks started trying the neural nets on the real foundation of the internet, cat pictures. And the results were frequently very, very weird. But unlike the human faces and their potential nefarious uses, these are only visually disturbing. 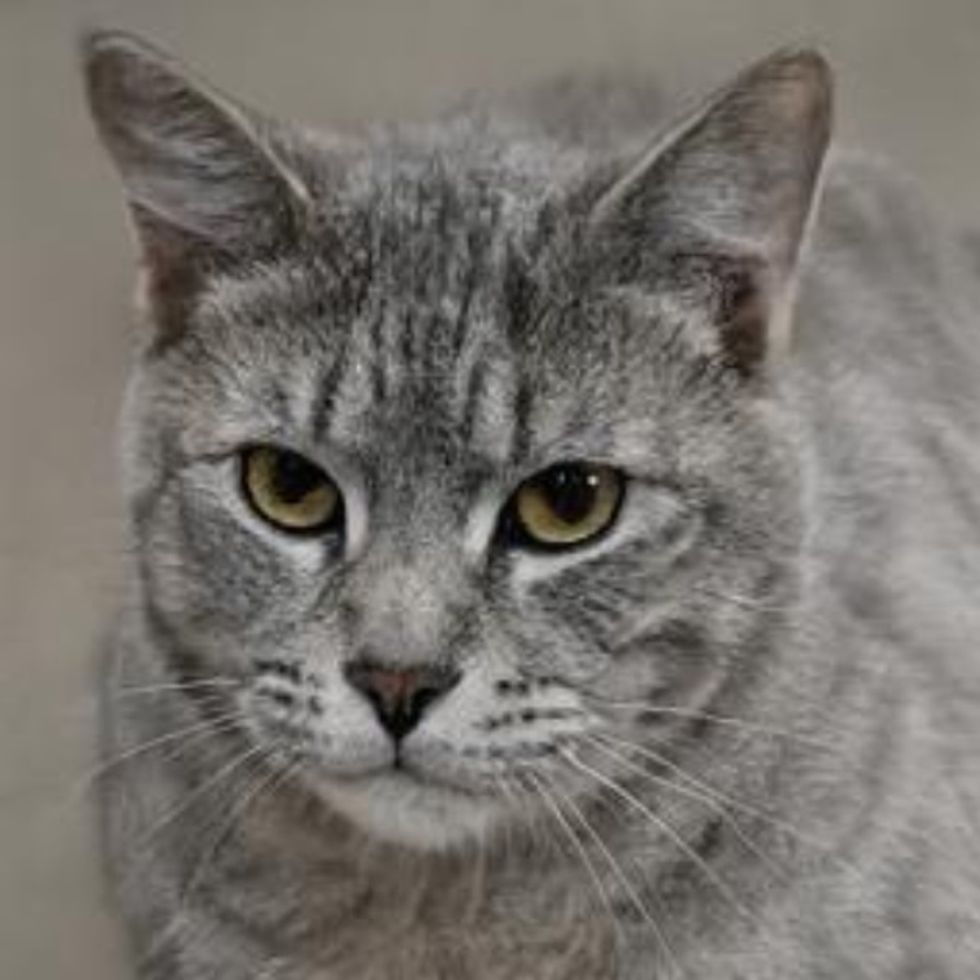 Other times, they look far more like a tragic transporter accident aboard the starship Enterprise: 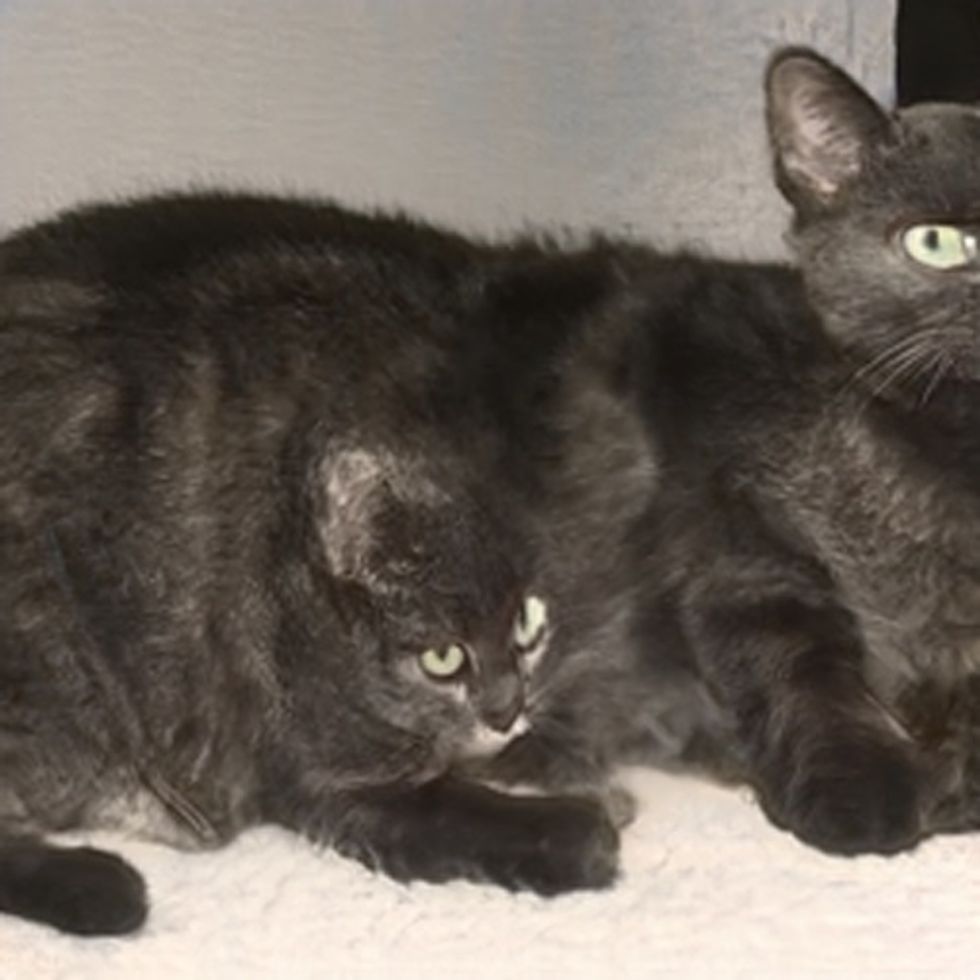 So why are we writing about weird AI cat pictures that made news a year ago? 1) Nice Things have no expiration date, 2) we recently stumbled across a Twitter account called "normal cat pictures," which posts the things, and 3) we have come unstuck in time. So it meows.

Lookie! More! These come from two different sites churning out vaporcats: ThisCatDoesNotExist, which gives you one cybercat per refresh, and TheseCatsDoNotExist, which tosses up a whole bunch at a time for faster consumption and lols. 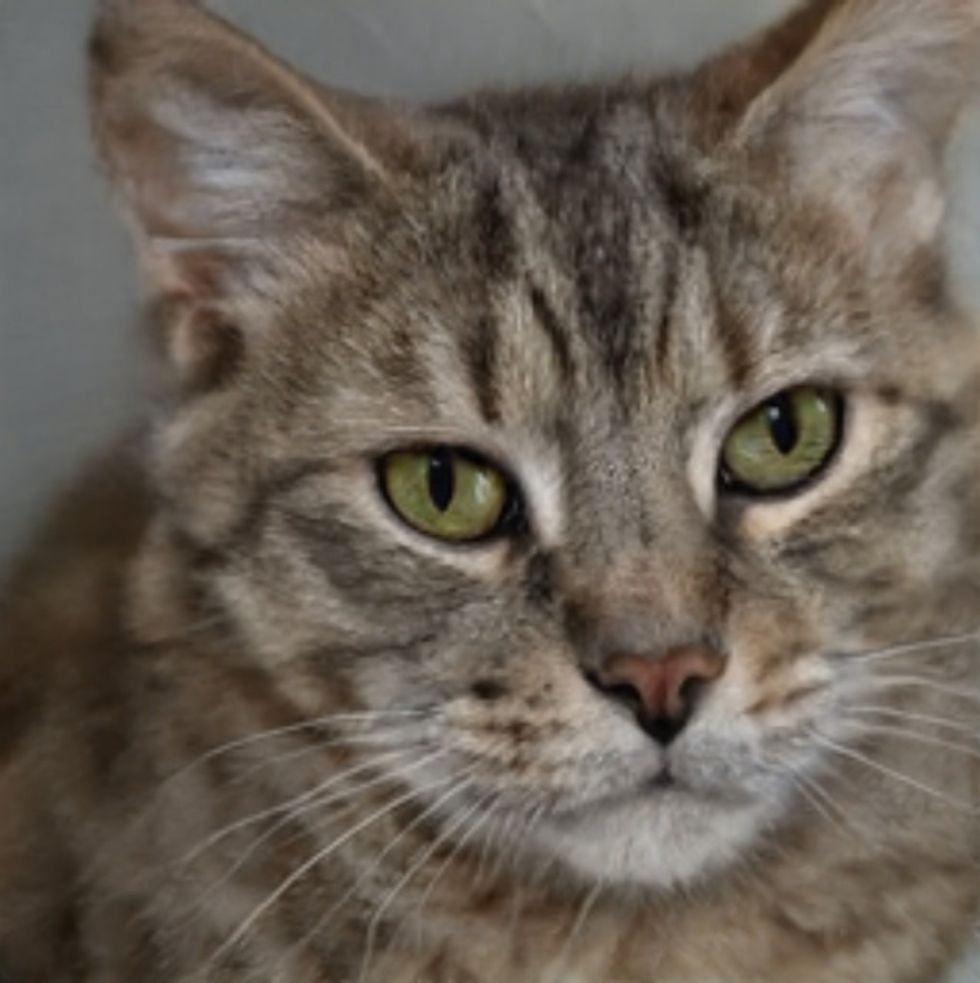 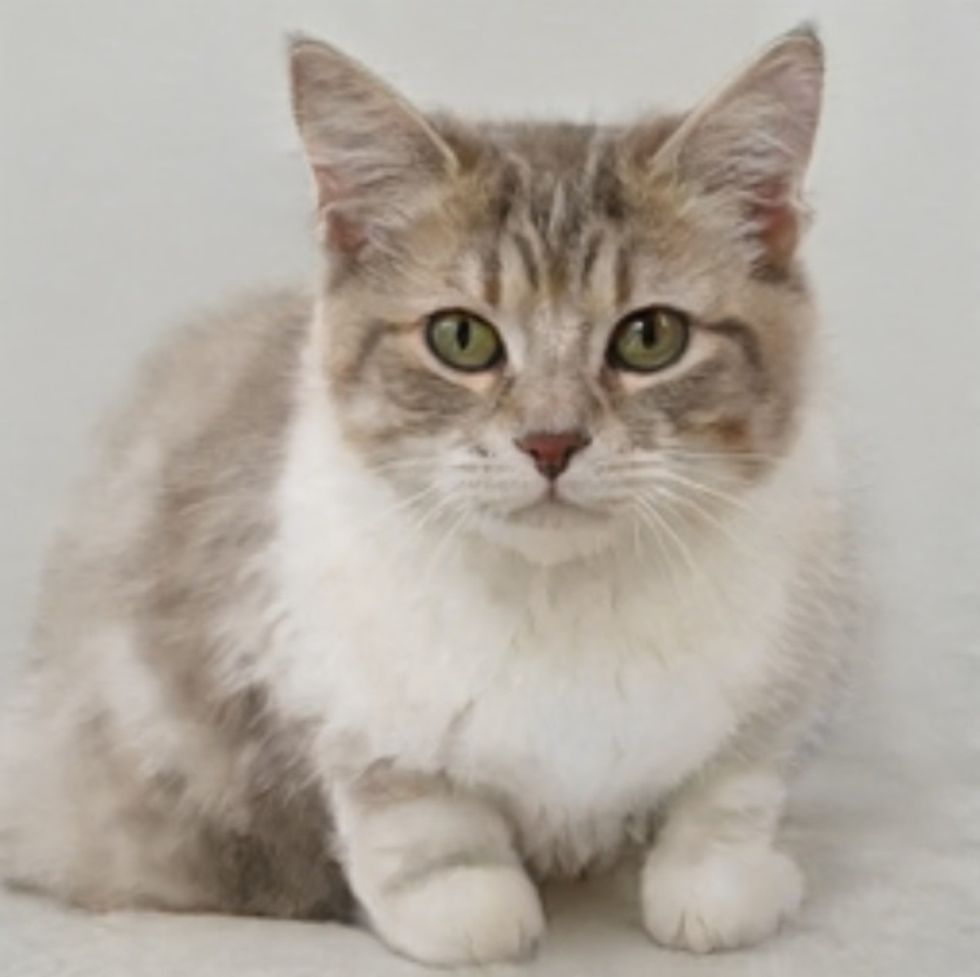 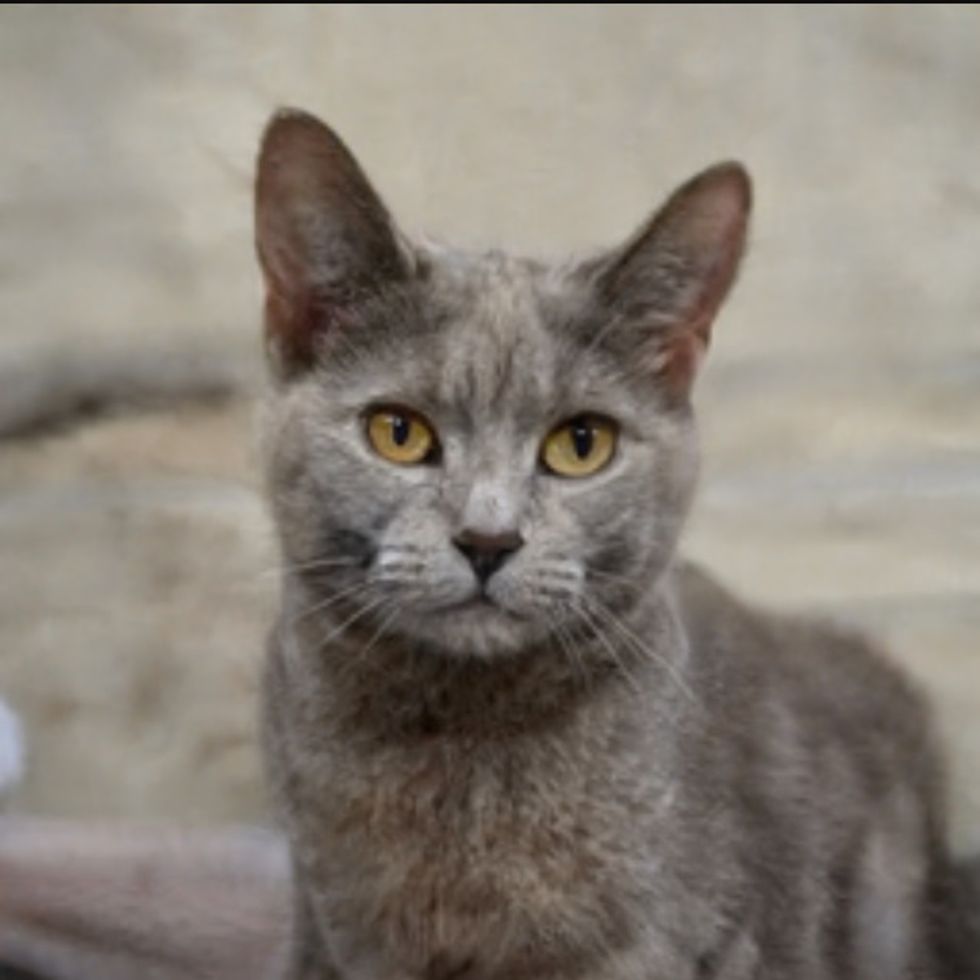 The almost got it, but whoops, the lower half of your cat melted: 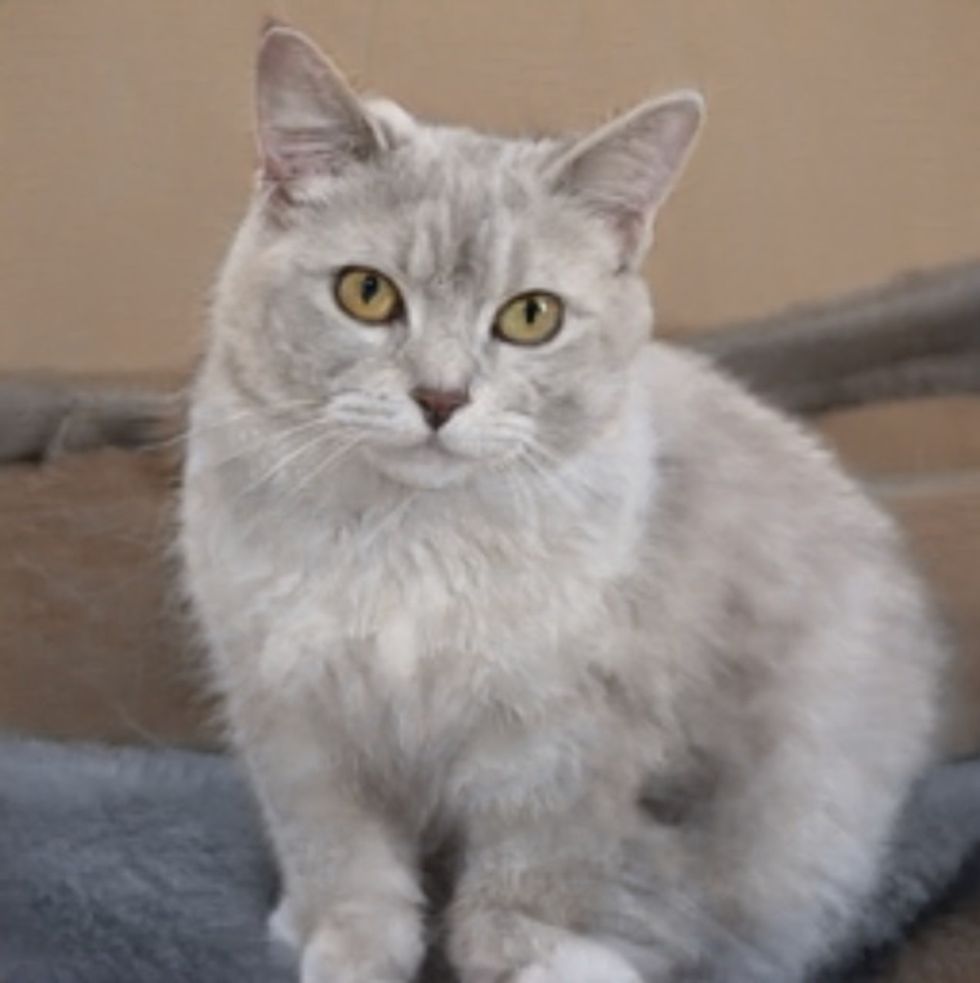 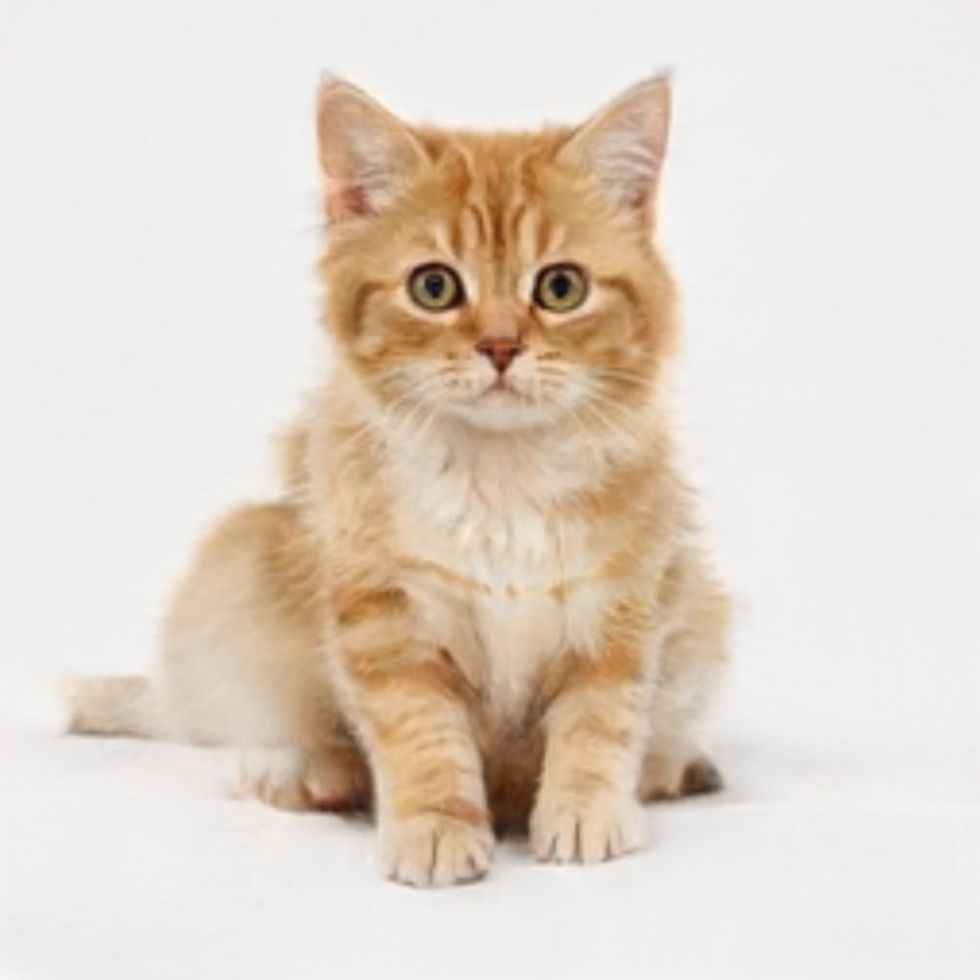 The incredibly strange cats that merged with the carpet or turned into mixed-up chingaderas: 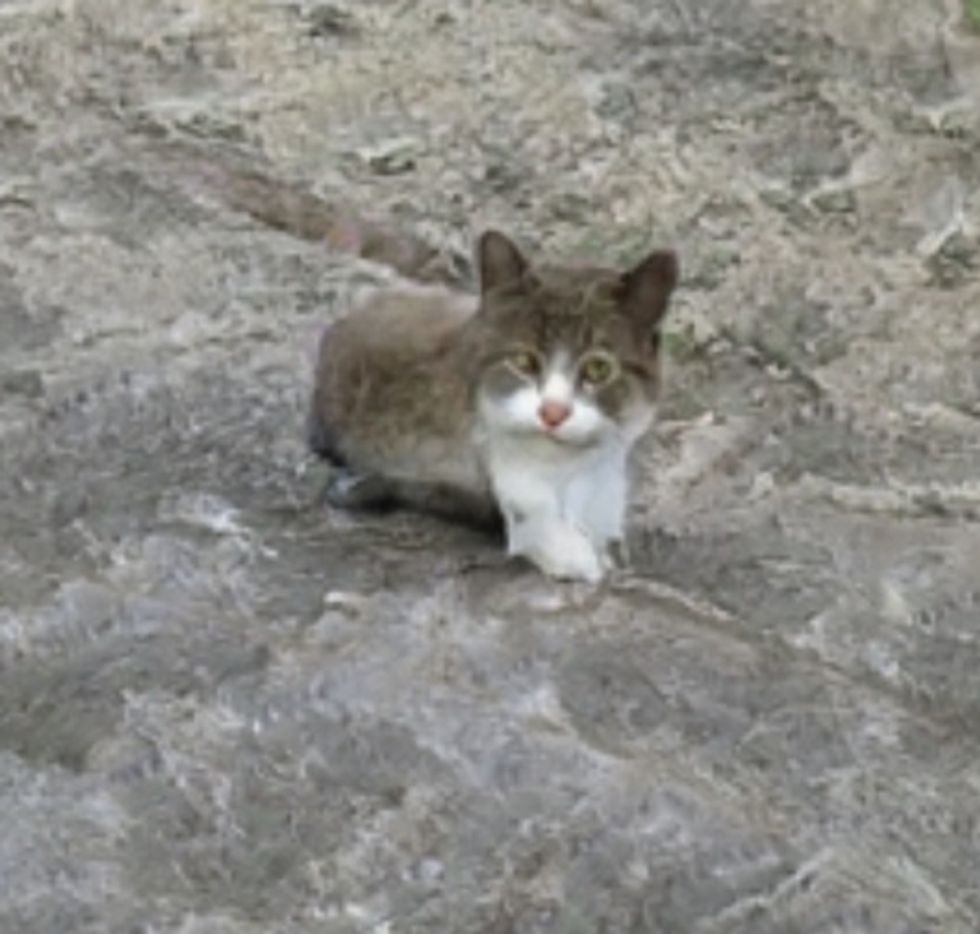 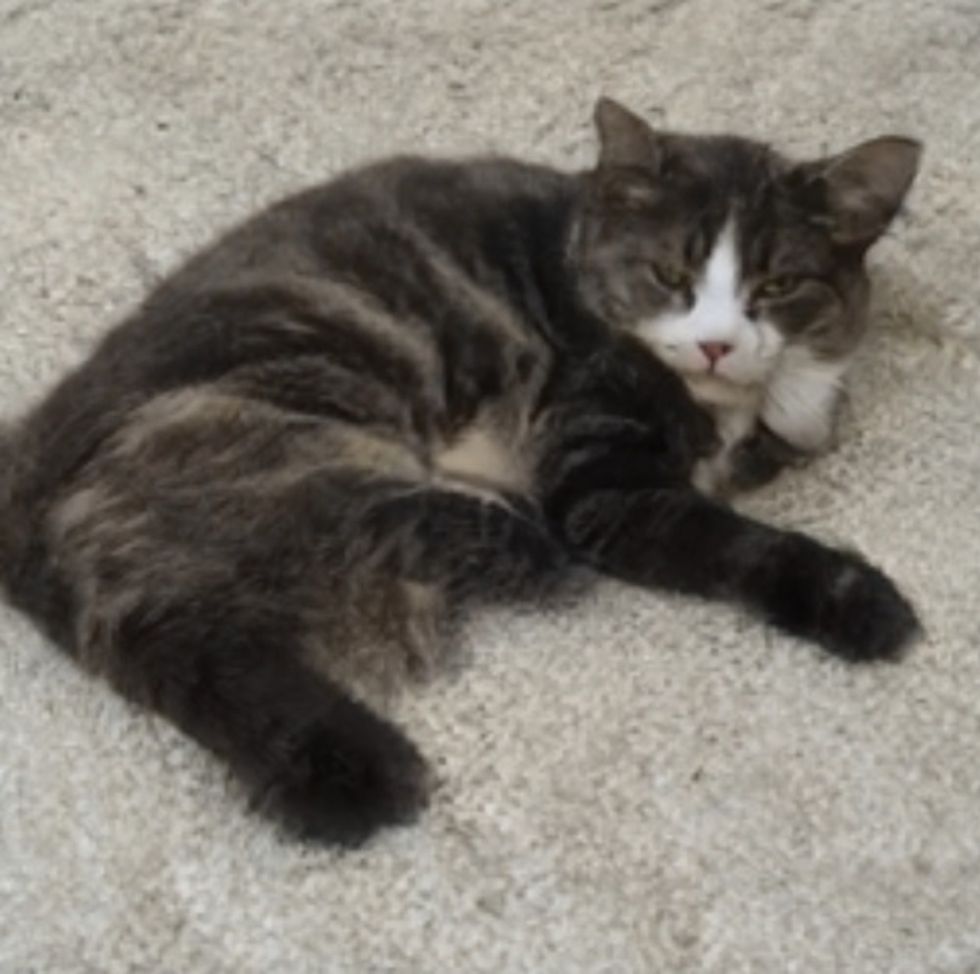 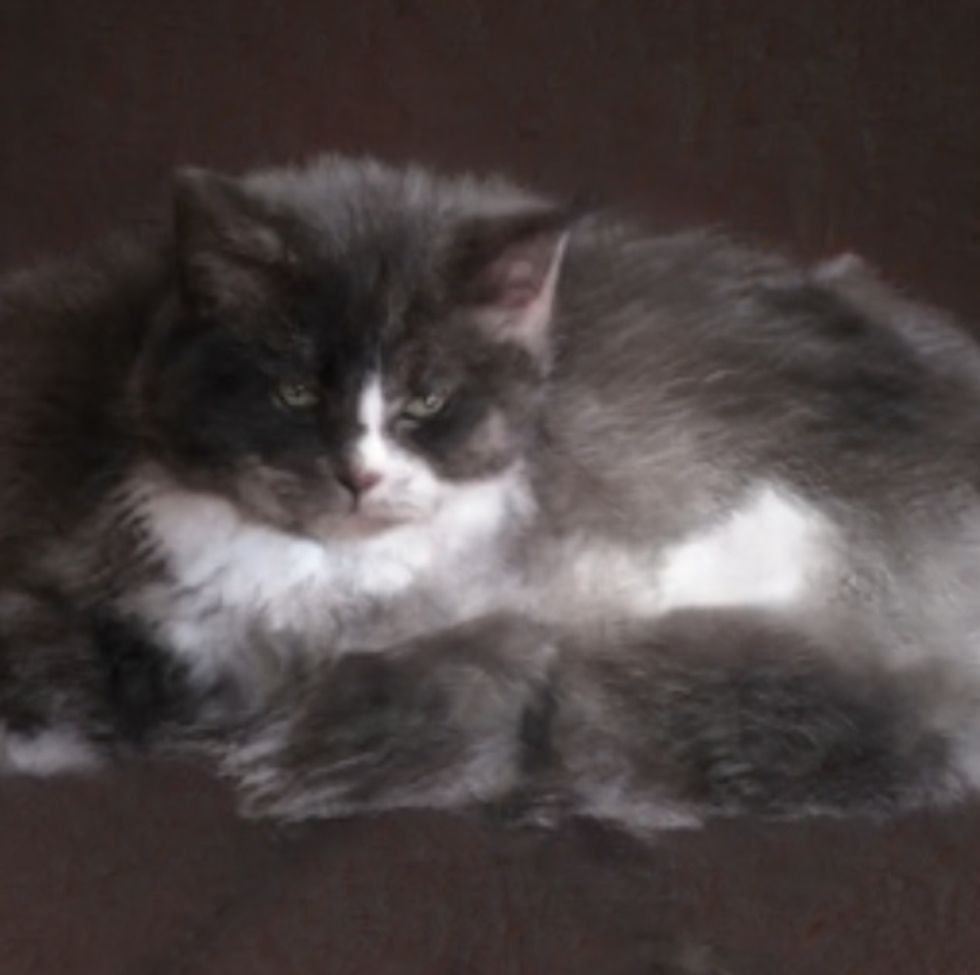 And of course, the WTF I'M MELTING HOLY SHIT! cats

Or as Naomi Kritzer might put it, Not these cat pictures please. 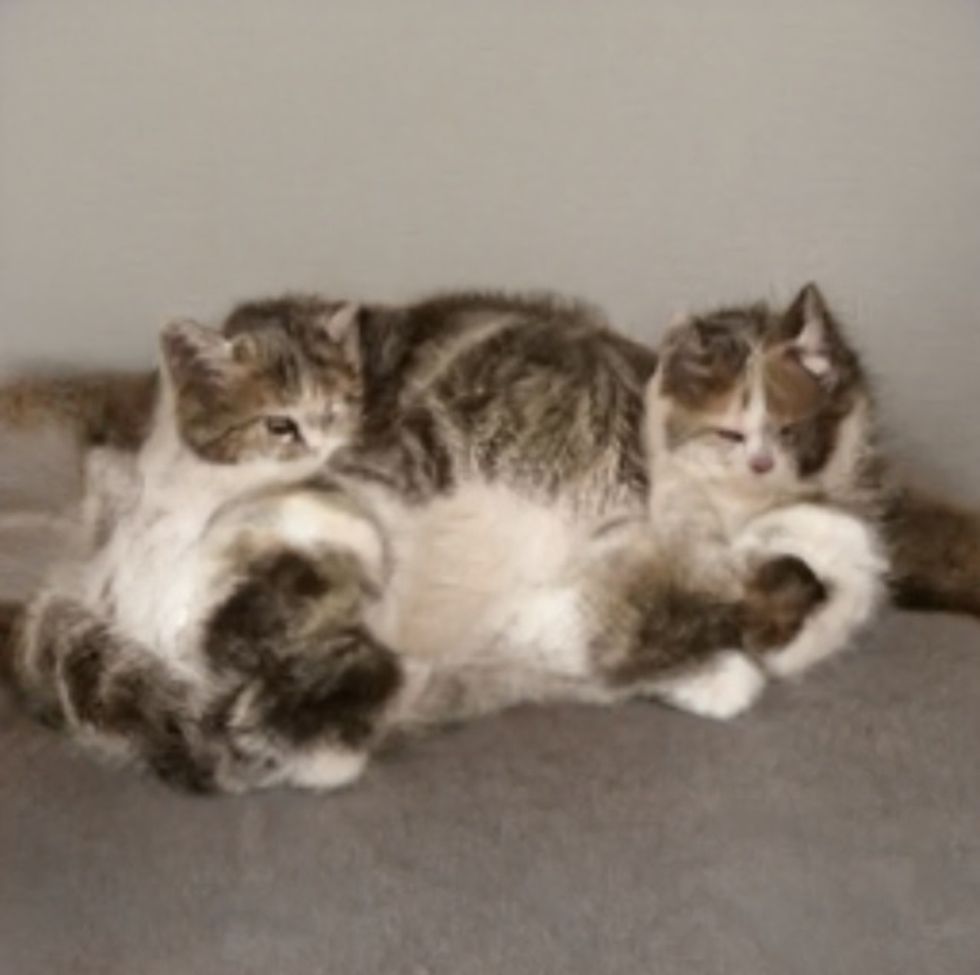 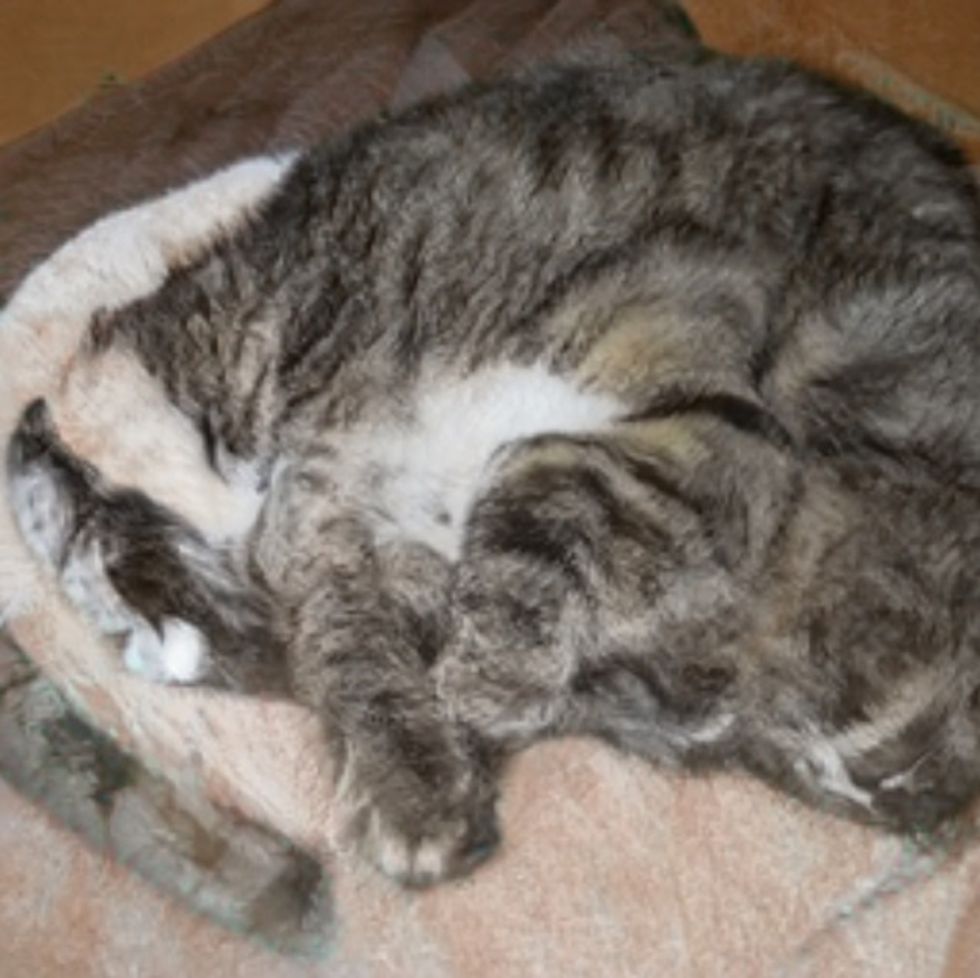 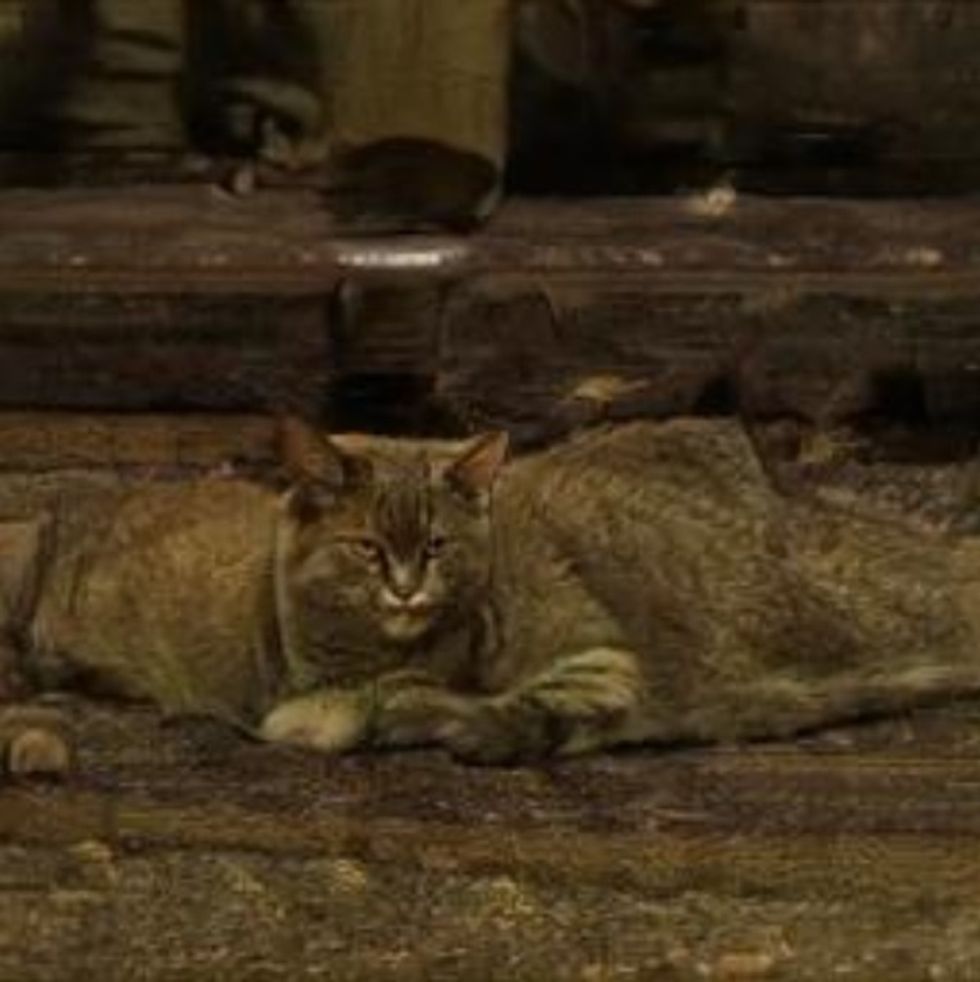 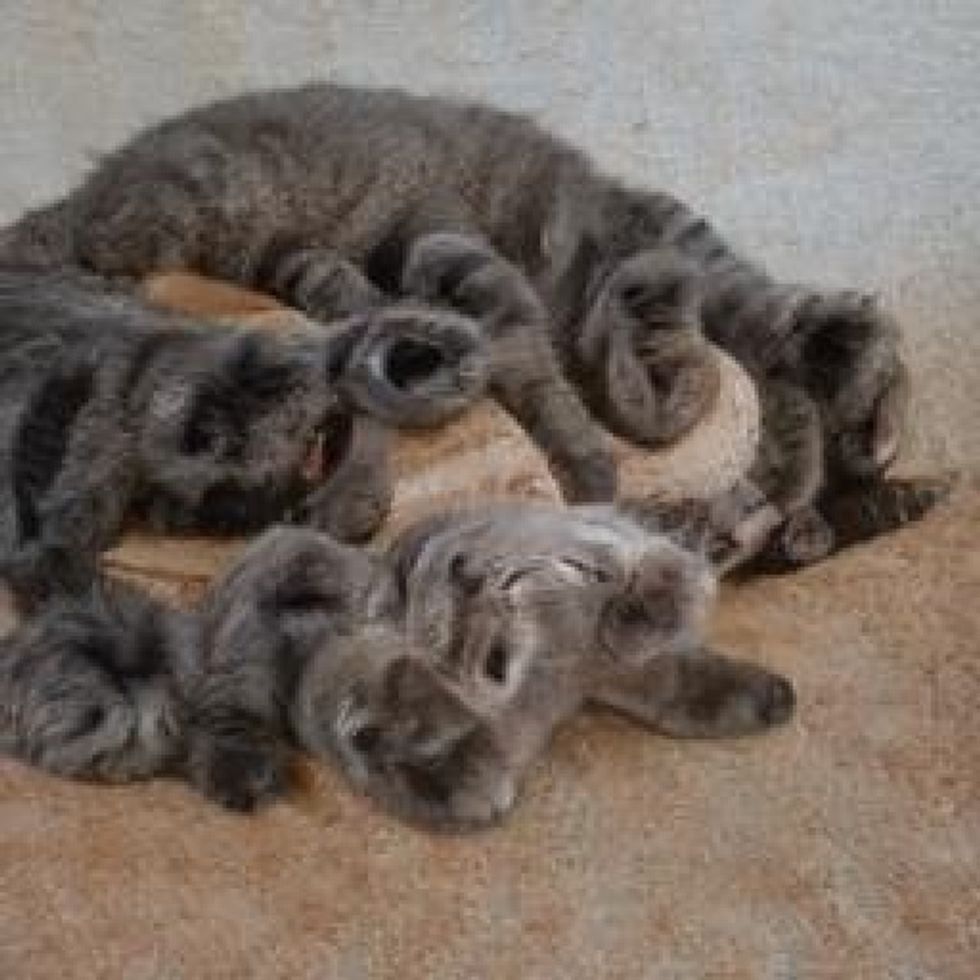 I'm especially fond of this handsome kitty, who only needs some windows and seats to become the Catbus from My Neighbor Totoro: 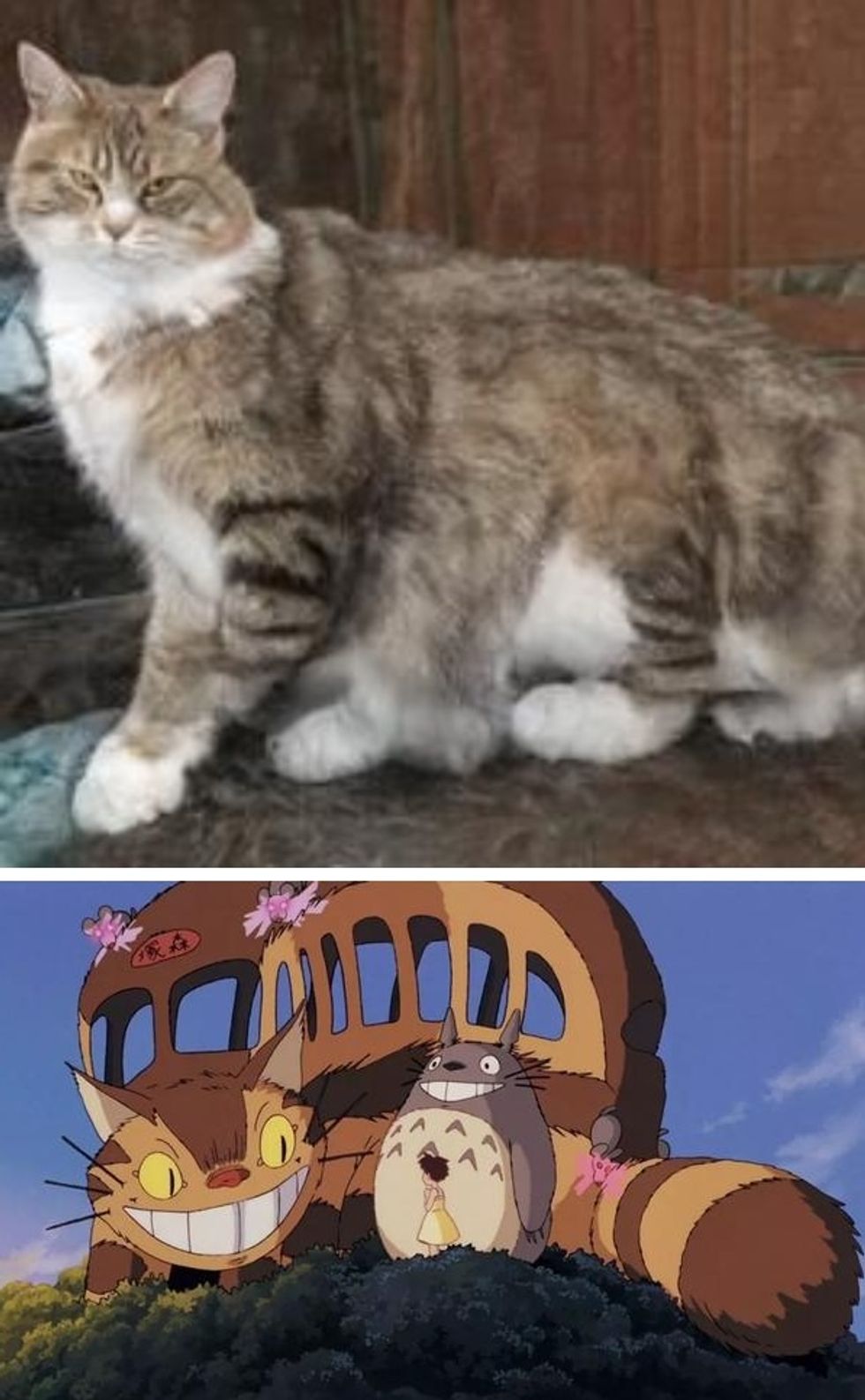 And here's a look at a juvenile Catbus, from inside the Catbus Factory.

Computer scientist Janelle Shane, whose AI Weirdness blog has delighted us from the start of Nice Things, explainered to Bleeping Computer why neural networks have an easier time making up human faces than cats:

The model had to learn to generate cats in all different positions and at all different angles, often with other cats, furniture, people, or even meme text in the image. The portrait-generating model, on the other hand, had to do a much more narrow job: it only had to worry about human faces, seen from the front. If it had had to generate the bodies and clothes of the people, especially in a variety of positions, it would have also had trouble.

In her own post on AI cat pics, Shane noted that the AI "has an easier time generating texture than figuring out where all the legs and tails go." Which is why you get those lavishly furry catblobs.

Did someone say "meme text"?

The predictability that works for human faces, we suppose, is why the computers usually get feline faces right -- more common elements.

And look at this weirdo! 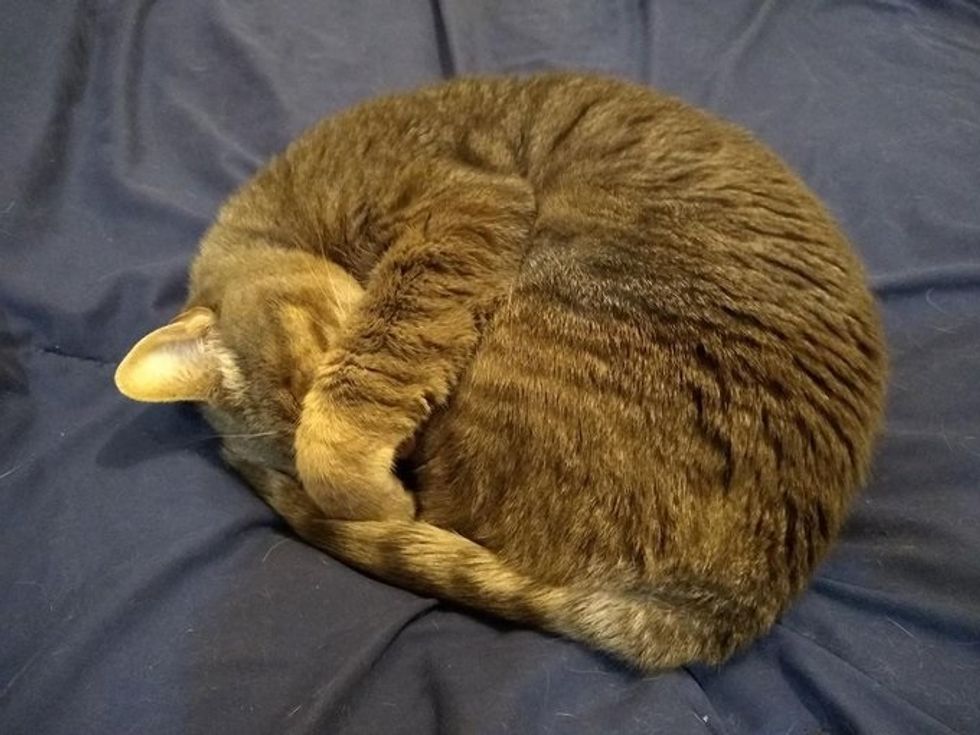 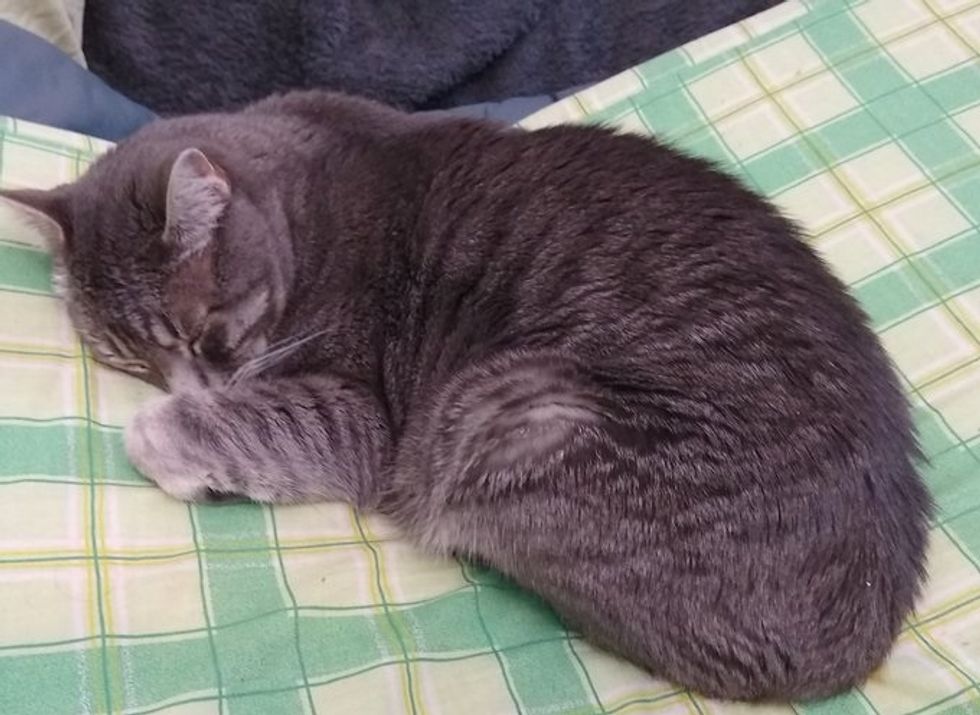 We kid: that's just Thornton, who's more an example of Artificial Dopiness.

So that's the internet, huh? Guess we'll keep it!

Oh yes, and Janelle Shane did another round of Valentine's candy hearts (here's the first bunch, from last year), this time using a network that wasn't specifically trained on candy hearts only. They were, as you'd expect, still odd: 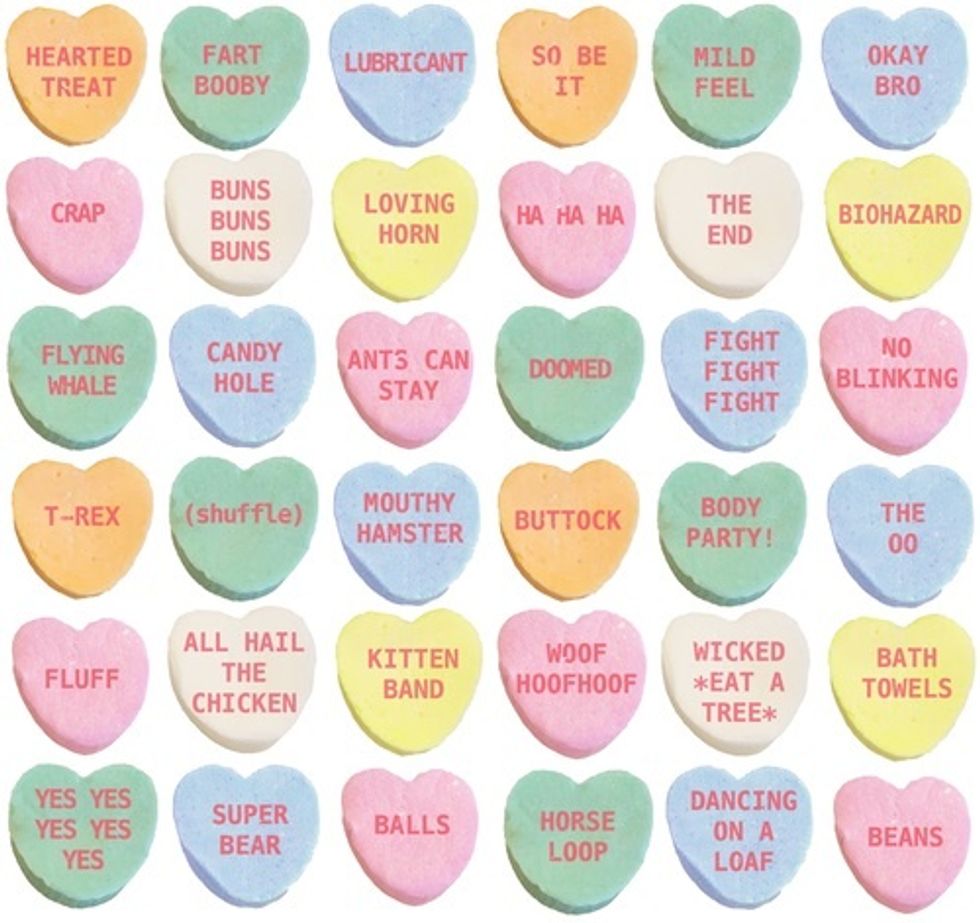 We really have to get Shane's book about AI and its weirder applications, You Look Like a Thing and I Love You. Such a long, long reading list ...

BUT DOK, WHAT ABOUT THE DORGS AND BABBIES?

Go have a relaxing Sunday, alla youse. And be glad your own fur people are not the products of a mad AI.

Prancercise In The Time Of Coronavirus

Fuckin' A It's Not That Hard!