All the Black People In G.W. Bush's Administration Angry At Dick Cheney 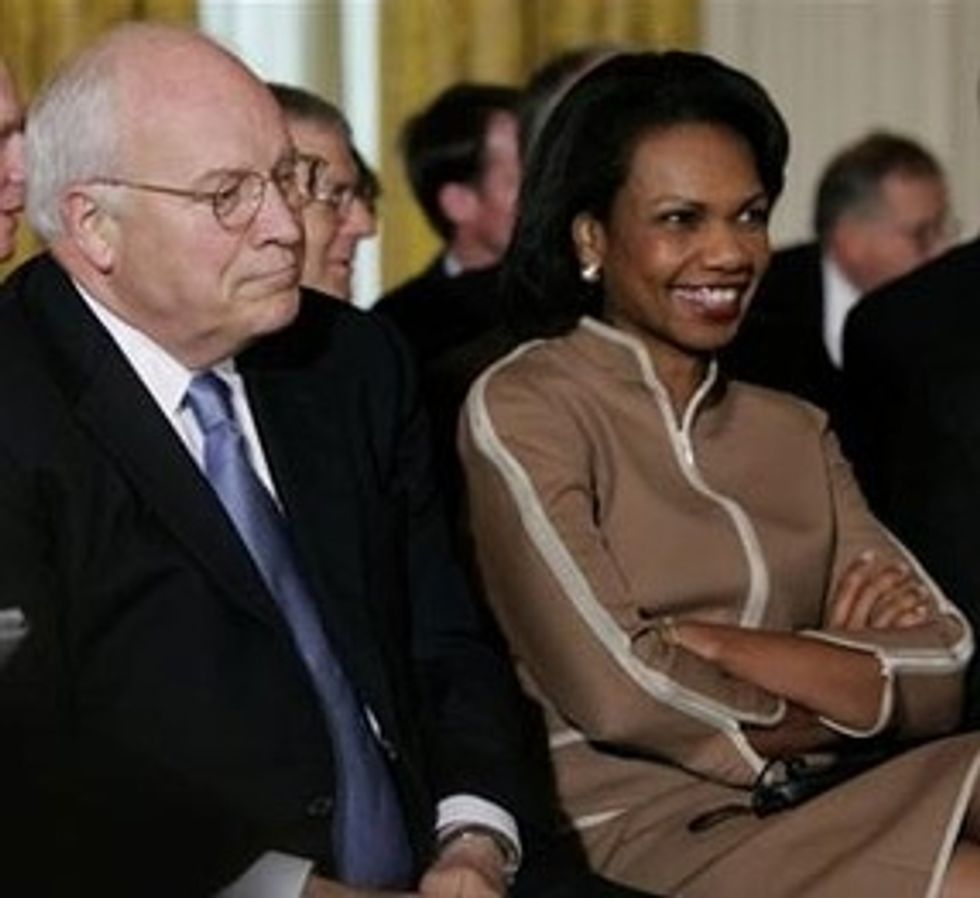 With former secretary of state Condoleezza Rice now publicly complaining about Dick Cheney's "cheap shots" in his bullshit book about how he is theNumber One Hitler of All History and everybody else can suck it, both black people from the George W. Bush Administration have condemned the evil, subhuman former vice president for not not even having the professional courtesy of a hyena.

"I don't appreciate the attack on my integrity that that implies," Rice told Reuters about one of the bullshit things in Cheney's book. While experts say Rice already lacks any integrity at all, White House insiders always thought she was not quite as bad as Cheney, because come on.

Colin Powell said on Sunday that Cheney's complaints were "cheap shots." Cheney snarled back through a spokesman that if he had his way, black people would still be slaves, and that people should quit fucking challenging him because he can still have everyone killed, if he wants. [Reuters]