All We Heard Was 'Scott Brown,' 'Twitter' and 'Gay' 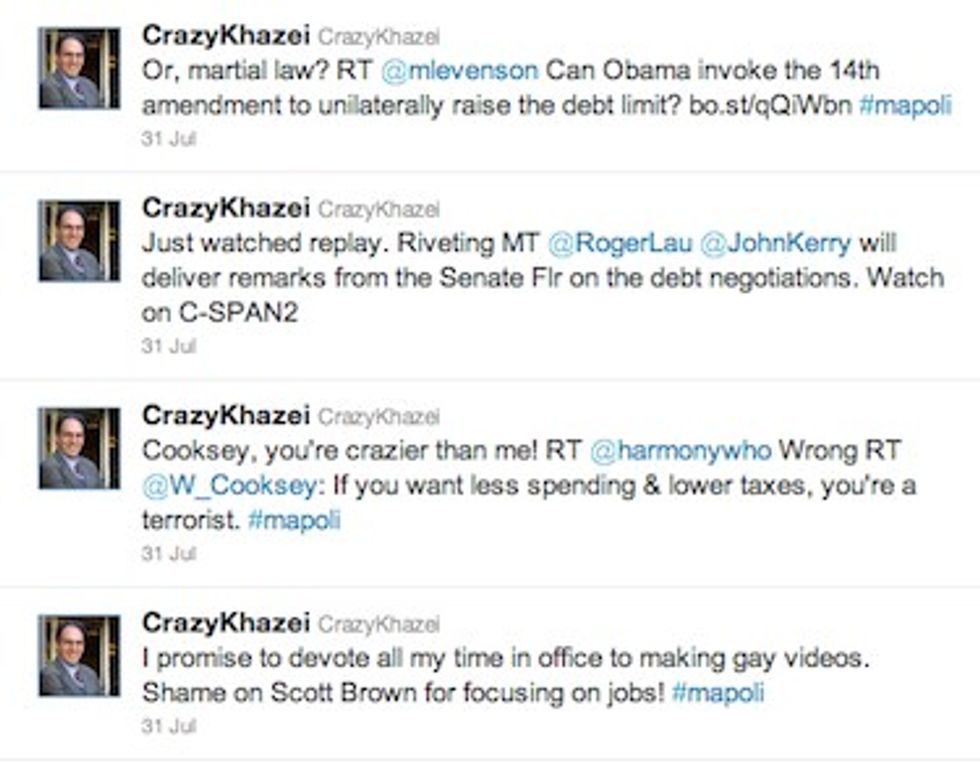 2 many hawt pixxx of naked gay Scott Brown on Twitter whut??!!?! NO, boo, it's just somestory about one of naked Scott Brown's dumb aides doing something dumb and very much NOT naked Scott Brown on Twitter. Scott Brown (and Mitt Romney!) aide Eric Fehrnstrom got caught using a fake Twitter account to impersonate the insane alter-ego of Scott Brown's Democratic challenger Alan Khazei and made jokes about gay videos and a bunch of insider Massachusetts stuff no one understands, which is terrible, mostly because it is inane. We rate this "political scandal" a -4, because it got our hopes up. Damn you, Scott Brown's lame aide! Oh well, did someone make Eric Fehrnstrom pretend to apologize?

A strategist for 2012 presidential candidate Mitt Romneyand Republican Sen. Scott Brown (Mass.) has admitted to authoring a fake Twitter account that makes light of the “It Gets Better Project” for gay youth and pokes fun at reporters covering Massachusetts politics.

“It was my Twitter acccount,” the aide said in an email to the Boston Globe. “Sometimes we take our politics too seriously and this was my way of lightening things up. As they say in politics, if you can’t stand the tweet, get out of the kitchen.”

Yes, we hear that one all the time. [WaPo]