Allen West Canned Or Something For Calling A Lady A Jew 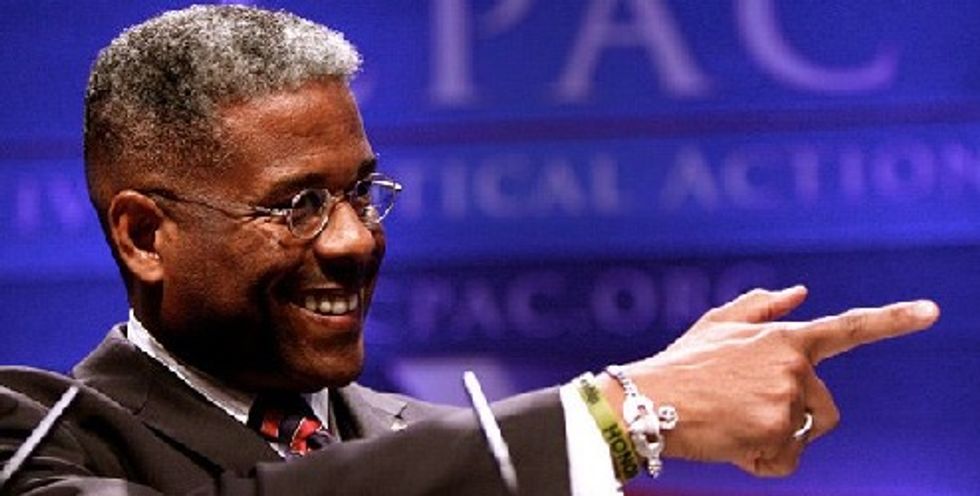 Walking bucket of resentments Allen West is "leaving his job" at wingnut media concern PJ Media after getting shouty at a female staff member and calling her a "Jewish American Princess," according toBuzzFeed. The internal PJ Media email that BuzzFeed got ahold of pretty much has "Comforting euphemism memo" written all over it:

“In order to focus on political interests, Allen West will transition from his full-time role as director of programming for Next Generation.TV to a twice-a-month contributor of written commentary on PJMedia.com, effective October 1, 2013[.]”

We bet they wish him every success in his future endeavors, too!

West's own farewell memo to staff has similar "pursuing new opportunities" smiley-time stickers on it:

“Shortly, I will be giving up my position as director of programming at Next Generation.TV to get back on the front lines to expand the message of constitutional conservatism across our country.”

Watch out, America, this is a man who is going to do well in his future endeavors!

BuzzFeed says that two "sources familiar with what happened" told them that West had gotten into a shouting match with a female employee, telling her to "shut up" and calling her a "Jewish American princess." In a phone interview with Buzzfeed, West didn't confirm or deny using the term, saying only that "was an exchange, that’s all." See, not an argument! An exchange...of "views," most likely. And almost certainly a polite exchange, because as everyone knows, Allen West knows all about the etiquette.

And props to Mr. West for not saying, "I don't see what the problem is, they call each other that all the time."

So Allen West is out of another job, but don't worry, he'll soon be back on the front lines of arglebargle, defending the Constitution every bit as effectively as he did while he was in Congress.