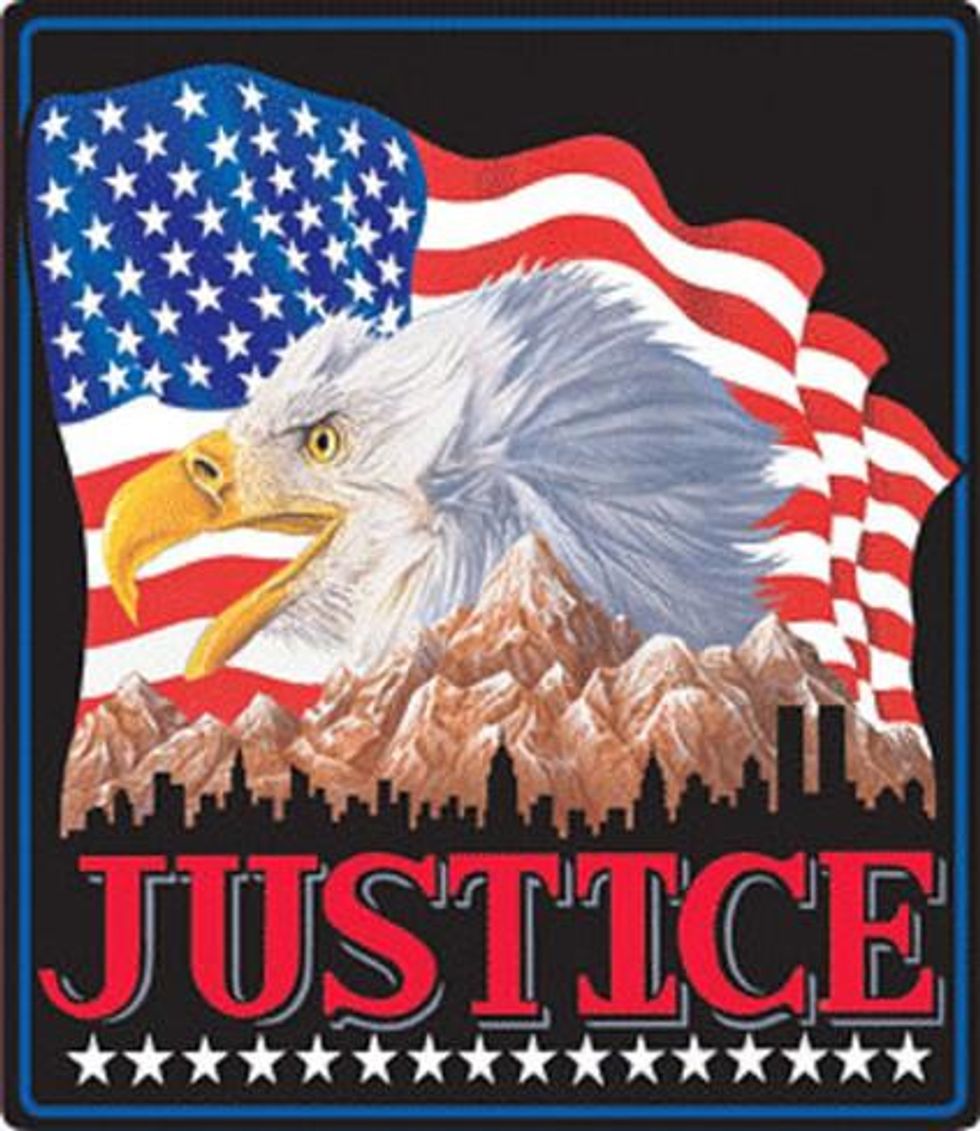 Oh, man, Allen West gave us one helluva knee-slapper yesterday. The president addressed the United Nations, so logically West had to address Facebook. And he decided to give us a treat! Not only did he offer some commentary on the speech, but he also did a rip-roaring impression of himself that is such a good joke we only need to give it to you.

“The future does not belong to those who attack our Embassies and Consulates and kill our Ambassadors. The Angel of Death in the form of an American Bald Eagle will visit you and wreak havoc and destruction upon your existence.”

For all you folks who say West should be president, this is surely only the tip of the humor iceberg that he would unleash from the Oval Office — good call! West managed to nail a pretty spot-on impression of a maniacal war-monger with the strength of a 100-megaton bomb powered by justice and the Old Testament: Just the kind of person who could literally destroy the world if given power and a microphone that isn't owned by Mark Zuckerberg.

I shall not be tolerant of the intolerant. I know about the UN Resolution 1618 which would make any statement deemed by the Organization of Islamic Countries (OIC) “offensive’ to Islam a crime…..NOT ON MY WATCH FELLAS!

Har har har NOT ON HIS WATCH. He's protecting us, you see? He has special insight into UN resolutions that the rest of us don't know about.

Except, well, we do know about them, because the U.N. is a pretty together group of cats, and they put their resolutions On The Internet, where one with the proper satellite dinky-do can access it. It's cleverly hidden on the United Nations website and, believe it or not, you can read it for your very self! The thing that before we linked you to it, was known only to Allen West.

If you give it a once-over, mayhaps you could explain to us what West's "quotation marks" mean, because the term "offensive" that he cites doesn't appear in the document, and neither does the Organization of Islamic Countries.

To be fair, the omission of the Organization of Islamic Countries is probably only attributable to that not being an organization that exists in real life, anywhere, unless that is secret Allen West knowledge too.

And how about this ominous secret document that is on the interblags? It says the Human Rights Council is "Deeply concerned about incidents of intolerance, discrimination and violence against persons based on their religion or belief in all regions of the world," which doesn't sound so evil, and the group also:

expresses deep concern at the continued serious instances of derogatory stereotyping, negative profiling and stigmatization of persons based on their religion or belief, as well as programmes and agendas pursued by extremist organizations and groups aimed at creating and perpetuating negative stereotypes about religious groups, in particular when condoned by Governments.

This sounds deceptively like the opposite of the thing West said, which might be part of his big jest to mock politicians who run campaigns based only on fear and ignorance. But let's keep going...

Ah, here it is: They say states should be "adopting measures to criminalize incitement to imminent violence based on religion or belief."

MUSLIMS! SHARIA LAW! GROUND ZERO MOSQUE! THERE IT IS! It's our First Amendment right to say anything at all, and we'll kill anybody who says otherwise with angels of death!

What's that? Incitement to violence isn't actually covered by the First Amendment? So that part is, like, already part of our laws?