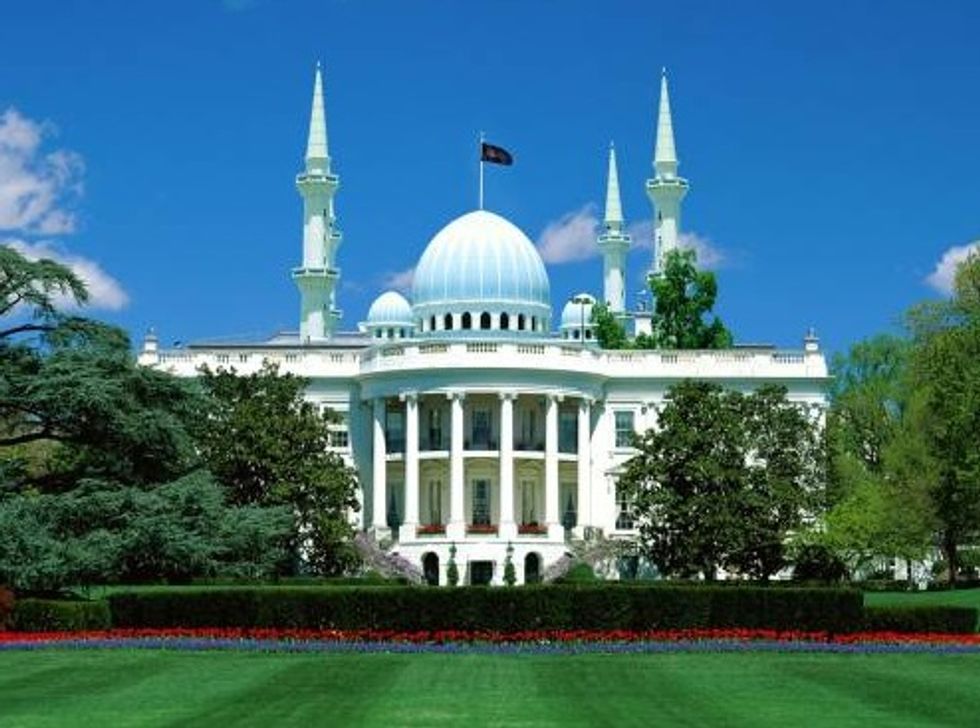 OMG you guys!Disgraced former torturer Allen West, super-patriot and Muslim-Hunter extraordinaire, has been tipped off to some earth-shattering proof of Muslim perfidy and scary creeping -- or galloping! -- sharia law! After spending the weekend calling Sgt. Bowe Bergdahl a "deserter" and hinting that there's something "nefarious" about his release from the Taliban, and about Bergdahl's father, Bob Bergdahl (who apparently doesn't hate Muslims enough at all), West has revealed a "bombshell": Bob Bergdahl spoke Arabic at the White House! Not only that, but he pretty much made the White House a holy Muslim shrine by doing that, according to a very smart person who emailed Allen West.

West says that he got an email from Clare Lopez, a "former CIA operations officer" who knows all sorts of stuff about Islam and the Middle East, and who is a personal friend of one Allen West. Lopez completely blows the lid off a huge cover-up, he says!

She emailed me this morning a very poignant analysis that only someone knowing language and Islam could ascertain. She wrote:

“What none of these media is reporting is that the father’s (SGT Bowe Bergdahl’s father Bob) first words at the WH were in Arabic – those words were “bism allah alrahman alraheem” – which means “in the name of Allah the most gracious and most merciful” – these are the opening words of every chapter of the Qur’an except one (the chapter of the sword – the 9th) – by uttering these words on the grounds of the WH, Bergdahl (the father) sanctified the WH and claimed it for Islam. There is no question but POTUS knows this.”

Folks, there is a lot to this whole episode -- like Benghazi -- that we may never know. And this is not conspiracy theory, it is truth based upon Arabic and Islamic dogma and tradition.

Is America going to continue to let Barack Hussein Obama invite parents of rescued POWs to the White House and claim it for Islam? This is not a conspiracy theory, this is genuine honest-to-god disloyalty to America. Or maybe -- and we're going to go out on a limb here -- it's a routine phrase in Muslim Prayer that doesn't actually have any magical power whatsoever, except perhaps the power to freak out wingnuts.

Get ready for a lot more of this idiocy, folks; somehow, the fact that Bowe Bergdahl's dad is sympathetic to Muslims has also been Very Big with the Stupidest Man on the Internet. Here's how terrifying Bob Bergdahl is: He said a phrase in Arabic, and then OBAMA HUGGED HIM! That just doesn't wash off, you know.

Be afraid. Be very afraid. And while you're at it, maybe you should buy some more guns.