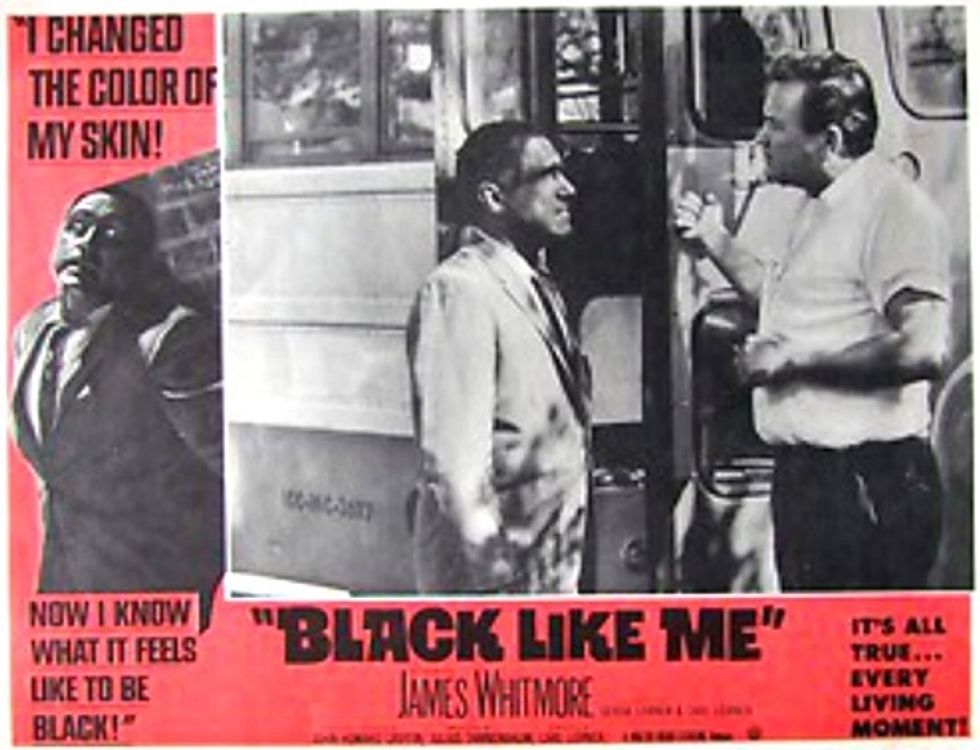 Professional conservative victim Allen West took to Fox News yesterday to condemn the incredible insensitivity and unspeakable atrocity of a "despicable, demeaning, and disgusting" email by Florida congressman Alan Grayson that compared the Tea Party to the KKK. West, whose job is to condemn all liberals for mentioning racism until it's time for him toproclaim himself the victim of a racist attack, recalled how terrified he was as a young black man growing up in the South, and wondered why civil rights leaders hadn't condemned Grayson for his dumb hyperbole, because an exaggerated comparison of the Tea Party to the KKK is apparently exactly the same as the actual KKK burning a cross or bombing a church.

“[H]aving been born and raised in Georgia, having parents that were born and raised during the 20s and 30s, I remember growing up and seeing that burning cross on a clear night atop of Stone Mountain so that everyone could see it across Atlanta,” West said. “This is despicable. This is demeaning. This is disgusting. We all know that Alan Grayson is pretty much a sensationalist and he can continue to say things that are over the top. But my concern is where is the NAACP and Ben Jealous? Where is the National Urban League and Marc Morial? Where is Rep. John Lewis, who is from Georgia, who marched with Dr. King? Who as I was growing up was my representative as a young man in Atlanta, Ga.? Where are the voices of the Congressional Black Caucus? Revs. Al Sharpton and Jesse Jackson?”

“Because obviously what we are seeing now is the party, the Democrat Party that created the Ku Klux Klan and also created that symbol of the burning cross, is obviously still proud to have that symbol being displayed,” he continued. “And you know, to all of us in the black community and those of us also as constitutional conservatives in the tea party — we have to be outraged. And this hypocrisy cannot continue to stand.”

Yes. When is Alan Grayson going to stop burning crosses and trying to keep black people from voting? He clearly takes so much pride in the burning cross that he is using it to intimidate anyone who isn't a racist Democrat like he is. Also, are there any other names West could throw out?

And what about his enablers?

“[Y]ou know, the president came out and started talking about civility in our dialogue,” West said. “Where is President Obama? You know, here we have the guy that is supposedly the first African-American president and we’re supposed to be celebrating this end of racial animosity. But I think it has gotten even worse and I think that the president should be speaking out about this. He should reprimand and censor [sic] Alan Grayson for what he said. But I think the big difference is that the president does not share that same experience that young men such as myself and women have seen and understand what the Ku Klux Klan represents in this country, especially if you grew up down south.”

Only someone who has suffered the sting of racism like Allen West has, from other black people calling him mean things, can truly understand how deeply offensive Allen Grayson is to all Americans. And only someone who has walked a mile in Allen West's shoes, after torturing an Iraqi prisoner or two, can understand how deeply Allen West loves the Constitution. Where is the outrage? And where is the Word Salad dressing?

Asked to explain the phenomenon of Allen West condemning someone for hyperbolic metaphors, researchers at the American Institute of Irony were unavailable for comment, as they were all doubled over giggling and pounding the floor.