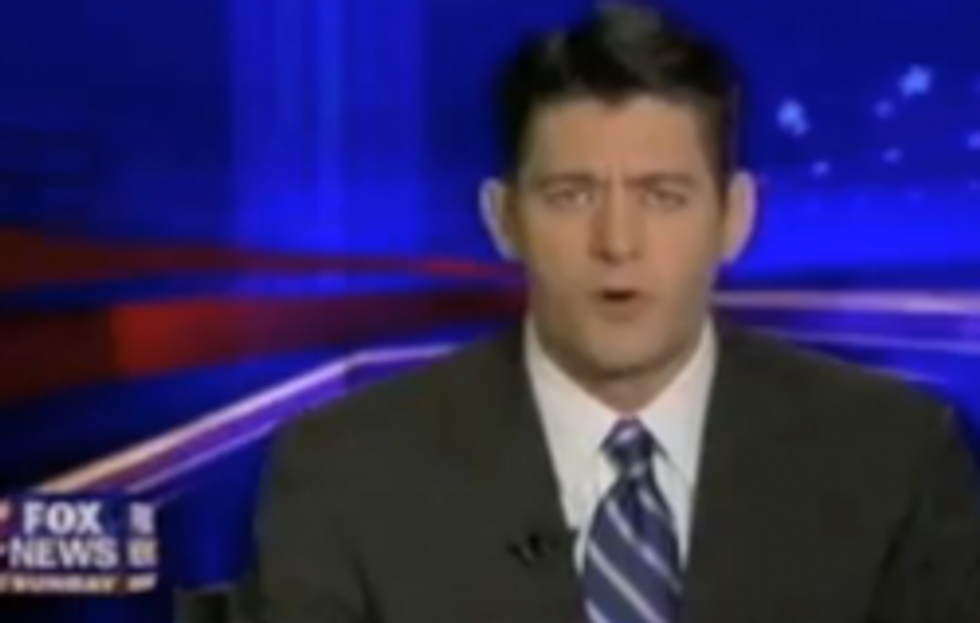 Here's a poll from Gallup thatnicely encapsulates why the Republican party is so screwed: Among Republicans, Paul Ryan is the top choice out of five prospective candidates to lose the presidency to Hillary in 2016 (the others were, in order, Rubio, that amateur dentist fellow, a known Canadian anchor baby, and Chris Christie), but among "adults," Ryan comes third. The adults like Chris Christie best because he is "real," probably, and also "bipartisanship," which in this case means he was not a huge dick to a man he was about to hit up for several billion dollars. We'll take it, we guess.

The big question, of course, is: Will Republican primary voters look past Christie's flaws, like how he was nice to that Kenyan imposter, and how he maybe thinks evolution is real, and realize he's pretty much the only person with an "R" after their name that stands a snowball's chance in the Senate of getting elected?

Ha, of course not, dummy! They did that with their last guy, Willard something, the Morlock? He had one heck of a jawline, hair straight out of a Greek myth, and so, so many dollars, which is how God tells us who should be president, after all; he practically had the word "electable" tramp-stamped on his ass, and look where that got us! The United States of Homo Commie Abortions, that's where! No, Republican primary voters will not make the same mistake twice. They want the guy who was utterly humiliated in his only debate against Joe Biden, who, yes, is extremely Handsome, but... well, remember how Republicans were all bitterly speculating that Biden was drunk during that debate (despite the fact that Biden doesn't drink?) Yeah, Biden seemed drunk... and Ryan still got crushed like a stupid, jabbering, flop-sweating bug. Best of luck, Republicans!

Meanwhile, the REAL big question is, does Christie realize what he's in for if he runs? Is he actually capable of pretending he's dumb or mean-spirited enough to win a Republican presidential primary? (The mean-spirited part may be covered; guy does likes to yell at people, especially the media.) Does he have the stomach for it? THAT IS NOT A FAT JOKE! Come on, we are better than that. But seriously, dude is friggin huge.