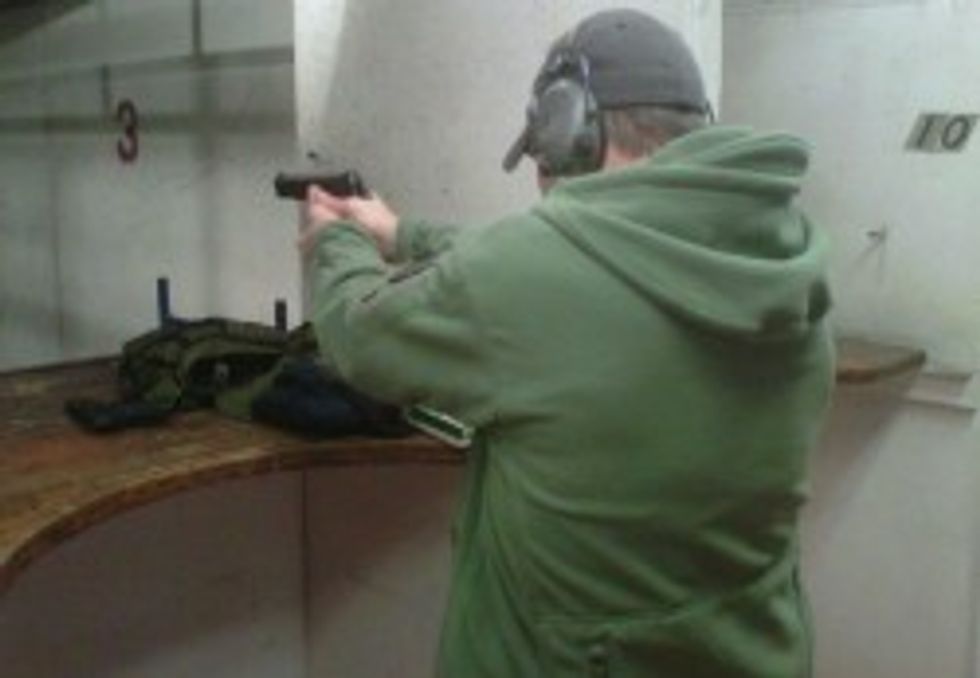 It's Friday and Rick "Why" Perry, despite being excited about his prospects in South Carolina, actually isn't even in the state: he's in Austin, Texas at a shooting range "relaxing" before heading to New Hampshire, where he is polling at one percent. This guy! Well, there is a debate in New Hampshire Saturday night, and another one Sunday morning, to which Perry will be kind of a welcome attendee to the four people who tune in, because he is so relaxed even without the help of firearms that he makes most of the other podium-dwellers look comparatively off their meds.

And as far as South Carolina goes, Perry is ON IT with a new ad featuring a lot of bobble-headed nodding about the fact that he is The Man For You if you live in South Carolina. If you live elsewhere, he will be reordering some of the sentences in this video and setting them to visuals of Texas and [Your State] soon.

Perry's enduring presence in this race is starting to look positively negligent, in light of his actual important job and his inability to rise above 1 on a 1-to-10 scale of pumped up about presidential matters. The media has begun to politely wonder why he is still running (Nate Silver conducted a ridiculous analysis over at FiveThirtyEight). The real reason is probably pretty simple: he still has a bunch of cash in the bank. Or he just ... forgot what he was running for, but whatever it is, it seems pretty chill, from his seat in the back of the class. [Rick Perry's Twitter, NY Observer]