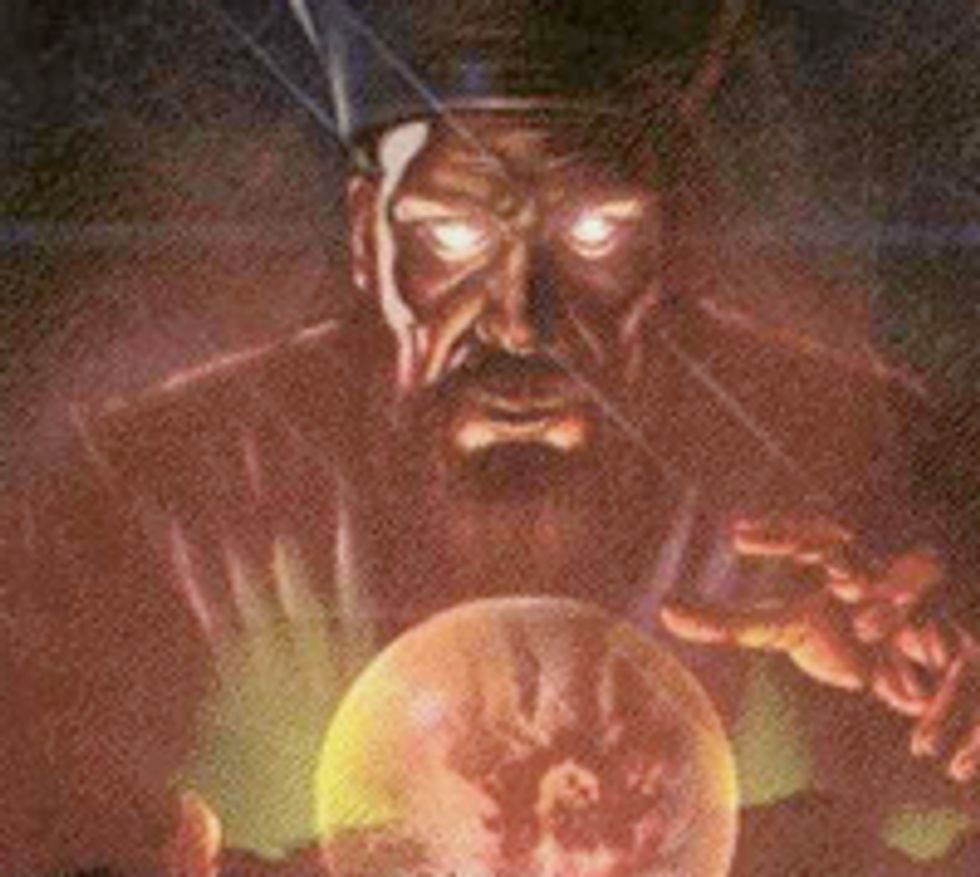 Now why'd he dothis: "Political observers across New York are asking today whether Erie County Executive Chris Collins has irreparably damaged his prospects for statewide office after he compared Assembly Speaker Sheldon Silver to Adolf Hitler and an Antichrist during a Saturday speech in Buffalo." The best part is that Sheldon Silver is a Jew, and Jews are terrified of Hitler and Christians calling them Antichrists. No, wait. The best part is that Chris Collins meant this as a "joke," when he called the Jew those awful names. No, wait. The best part is after the jump! Oh ho ho!

Apparently "Hitler" and "Antichrist" weren't simply two arbitrary insults he happened to land on. He was strictly following some sort of ancient wingnut narrative:

Collins has already apologized for what he called "a poor joke," delivered during a speech at the county Republican Party's annual fundraiser in the Adam's Mark Hotel.

That's when the county executive referred to French seer Nostradamus' prediction that the world would experience three Antichrists in conjunction with the Apocalypse, whose origin is the New Testament's Book of Revelation.

Collins then said it's generally accepted that the first was Napoleon, the second Hitler, and that he was "pretty sure" the third is Silver, an orthodox Jew from Manhattan.

Ha ha right, "generally accepted," everyone knows this common old tale, where you've got Napoleon, then you've got Hitler, then who knows, maybe this Jew? No no, you're supposed to laugh, that was the punchline! YOU KNOW LIKE NOSTRADAMUS' INTERPRETATION OF REVELATIONS?