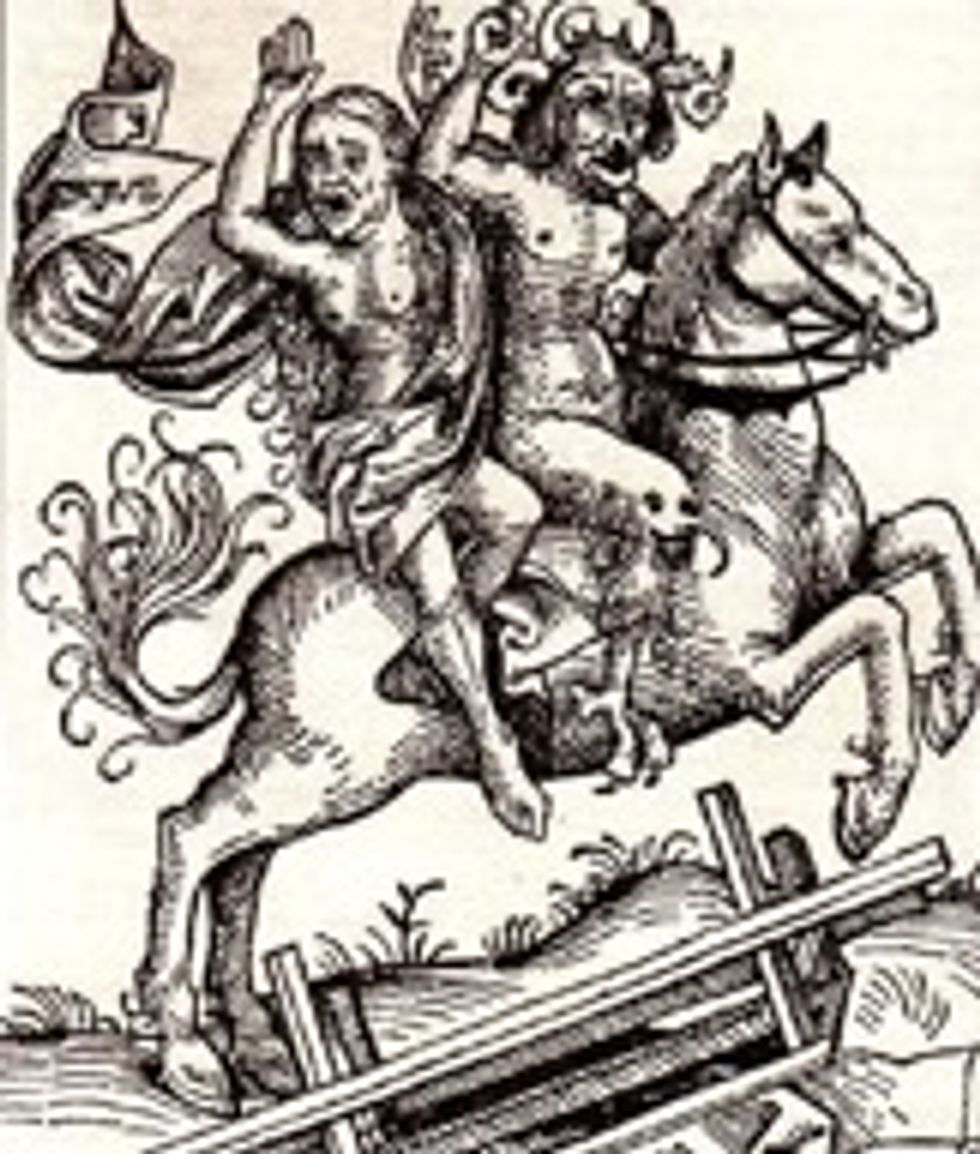 A nut in a World War II Nazi military uniform aims his bayonet-tipped rifle at Seattle cops and is shot dead. A distraught guy fires a gun in the air from his garage and three Los Angeles police cut him down. An angry old Colorado ski bum plots an epic four-pronged terror attack on the rich people of Aspen, but he shoots himself in his Jeep Cherokee before detonating the four bombs. Across the country, wrecked Americans chose to go completely insane on New Year's. Welcome to 2009. It's going to beawful.

Maybe it's just that there's no "real" national news on January 1, or maybe America is collectively leaping off the foreclosed skyscraper of destiny, but the amount of full-on crazy suicidal behavior over this New Year's holiday is enough to make calm people hide in their basements with a sack full of assault rifles.

And the number of cops ready and willing to shoot and kill anything acting a bit weird is a very grim reminder that the Militarized L.A. Cop is now a national menace.

This is your brand-new America: