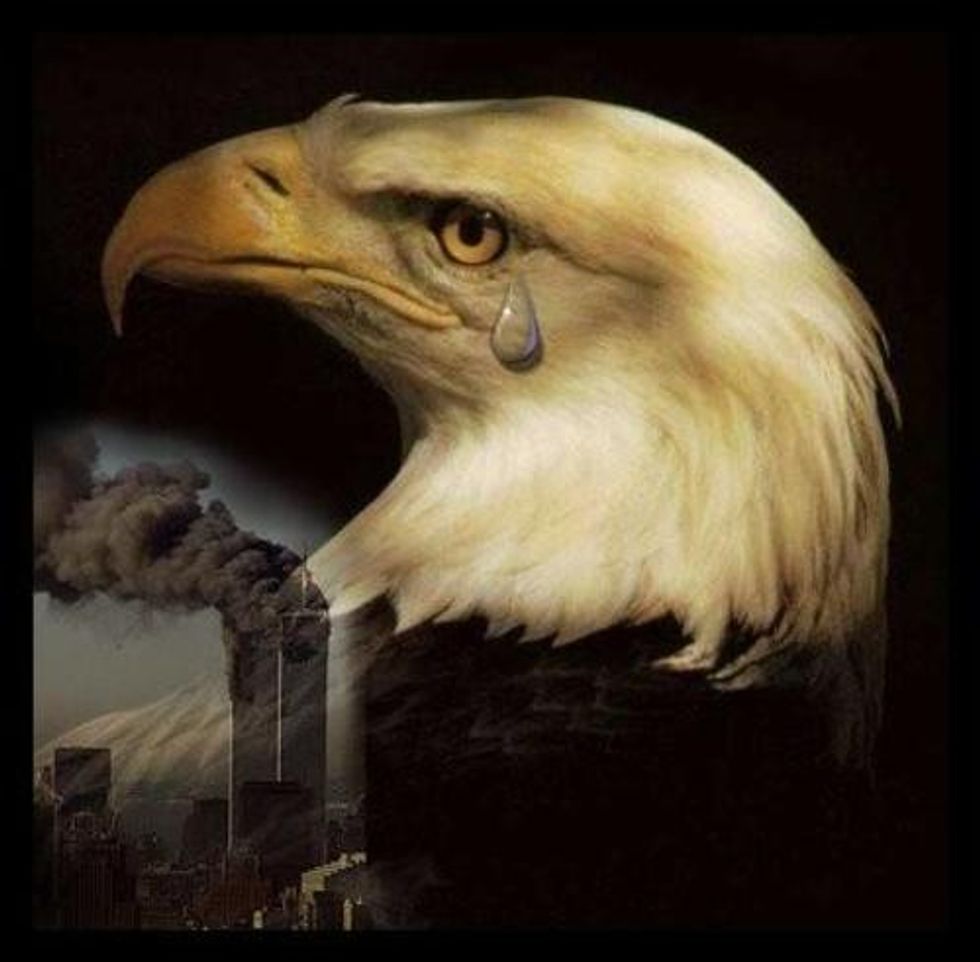 You've probably forgotten by now that time some terrorists damn near destroyed America with boxcutters, and we had to rewrite the Constitution to save the Constitution, so the terrorists would not win. So Congress passed a law that says the government can do pretty much whatever it wants, to protect America. They called it the USA Patriot Act, because of how it is so fucking patriotic and you can't vote against a bill that has PATRIOT right there in the name because that means you hate America. And freedom. And you are not with us, you are with the terrorists. Turns out, a three-judge panel of the Second Circuit Court of Appeals does hate America:

A federal appeals court in New York on Thursday ruled that the once-secret National Security Agency program that is systematically collecting Americans’ phone records in bulk is illegal. [...]

In a 97-page ruling, a three-judge panel for the United States Court of Appeals for the Second Circuit held that a provision of the USA Patriot Act permitting the Federal Bureau of Investigation to collect business records deemed relevant to a counterterrorism investigation cannot be legitimately interpreted to permit the systematic bulk collection of domestic calling records.

Remember when traitor-hero Edward Snowden leaked a whole bunch of info about how the NSA was totally listening to all our phone calls, reading all our sexts, not laughing at all of our moms' dumb forwarded joke emails, and probably also wiretapping our bowels? Yeah. That is not actually legal, according to the Second Circuit, and saying "but the Patriot Act!" does not make it legal. The government is supposed to have a real good reason for getting all up in our private business -- there is something in the Constitution about that -- even if there is a ticking bomb and Jack Bauer is stuck in traffic. And while, during the dark days of the Bush administration, we were repeatedly informed that we should have no objection to the government spying on us unless we have something to hide, that argument became less popular once another president moved into the White House, we have no idea why, probably just a coincidence.

Not to worry, though. While the NSA's collection of everything we've ever done, including finger painting in kindergarten, is currently illegal, Congress can easily say ABRACADABRA! and make it legal, according to the Court:

The court, in a decision written by Judge Gerard E. Lynch, held that the Patriot Act provision, known as Section 215, “cannot bear the weight the government asks us to assign to it, and that it does not authorize the telephone metadata program.”

In declaring the program illegal, the judges said, “We do so comfortably in the full understanding that if Congress chooses to authorize such a far‐reaching and unprecedented program, it has every opportunity to do so, and to do so unambiguously.”

Cool. You get on that, Congress, and write up USA Patriot Act II: More Harder Patriotisming, and we'll just sit tight until you let us know exactly how the federal agencies can skip right over the Fourth Amendment, to fight the War on Terra. Or not. Probably none of our business.