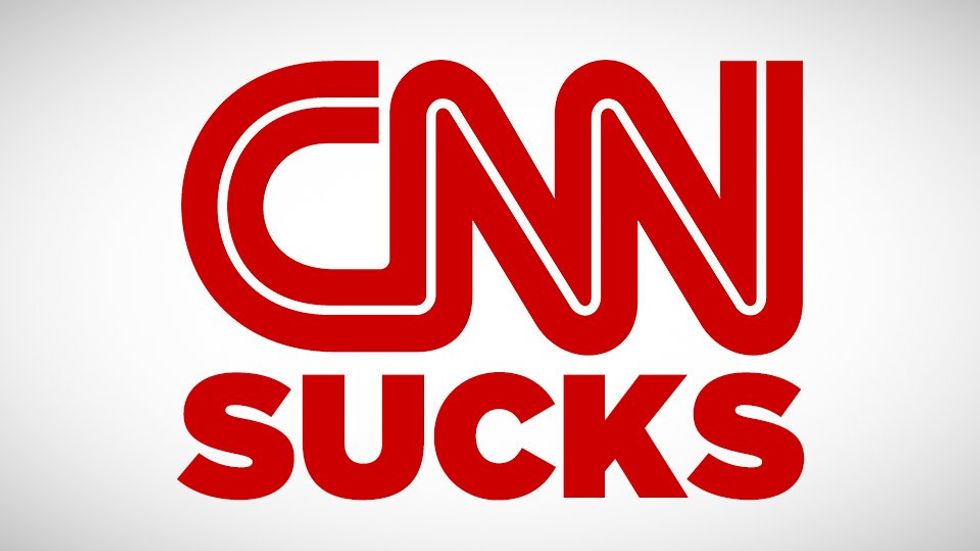 Not long after the election, Donald Trump summoned a bunch of TV journalists to his office to scream and cry about how mean they were to him. "It was like a fucking firing squad," all the media said about the meeting. The first target of Trump's ire was Jeff Zucker, head of CNN:

“Trump started with [CNN chief] Jeff Zucker and said, ‘I hate your network, everyone at CNN is a liar and you should be ashamed,’ ” the source said.

[wonkbar]<a href="http://wonkette.com/609014/you-have-hurt-kellyanne-conways-feelings"></a>[/wonkbar]Well, Thursday night, at the same Harvard Kennedy School Institute of Politics shindig where Trump campaign manager Kellyanne Conway erupted into a pissy little rage fire over the verifiably true accusation that she ran a white supremacist campaign, Jeff Zucker got yelled at MANY MORE TIMES, by people who were not Donald Trump! Can you believe that, contra Trump's belief that CNN was unfair to him, campaign operatives from all the other Republican campaigns are pretty sure the primary season might have gone differently if Zucker's CNN didn't glue its tongue to Trump's spray-tanned anus every single day? WHOA IF TRUE!

Zucker tried to defend himself, saying the idea that Trump got WAY more than his fair share of CNN coverage was "bullshit," and that they tried so hard to get other candidates to come on TV and say things. That's when they all started yelling at him:

“I don’t remember getting invited to call in, though,” Sarah Isgur Flores, Carly Fiorina’s deputy campaign manager said, kicking off a parade of comments.

More irritated voices across the room quickly chimed in: “We didn’t get that call.” “We’d be invited for eight seconds.” “At 2 o’clock in the afternoon we’d be invited on,” another said sarcastically.

But it was just because Trump always said "yes" to interviews, Zucker said! Nah, that's bullshit, said everybody else, as they continued their Two Minutes Hate:

"You showed hours upon hours of unfiltered unscripted coverage of Trump, this was not about interviews,” he added.

According to Politico, the scene was so tense that PEOPLE WERE NOT EVEN EATING THEIR SALADS, HAVE YOU EVER BEEN SO MAD YOU COULD NOT EAT YOUR SALAD? That's how these people were feeling right then.

We bet this Mike Huckabee adviser was not eating his salad when he said this:

After that nice fight, Zucker tried to pretend CNN did not act like a common whoremonster when it hired Corey Lewandowski like a split second after he was canned from the Trump campaign, and while he was actually still being paid by the campaign. Nobody in the audience agreed with Zucker, except for Corey Lewandowski:

Zucker said Lewandowski was a “good investment and decision,” as Lewandowski clapped and the rest of the room remained silent.

We ... just ... are going to take a moment to let it sink in how pathetic that truly is.

During the event, Jeff Zucker stated Jeff Zucker's opinion on how good CNN did covering Trump:

So Trump hates CNN, all the Republicans who ran against Trump hate CNN, and if you'll check the historical record, you will see that Wonkette has a long history of hating CNN for being so breathtakingly bad. We think this is the beginning of a healing moment for America, as we come from all sides of the political spectrum to stick our dicks in Jeff Zucker's eye and tell him how much his network sucks, in Jesus's name, God bless America, AMEN.