America Not Sure What's Going On In This 'Egypt,' Except It's Probably Obama's Fault 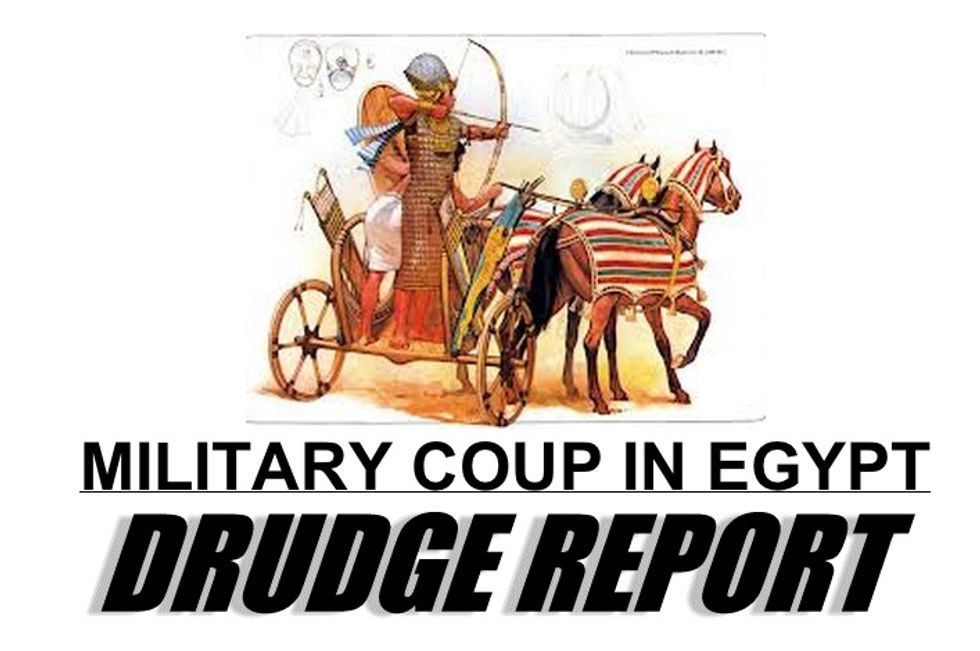 It appears -- perhaps and maybe! -- that possibly there is somewhat of a fuffle in Egypt. If you want visuals without any explanation, ABCNews has an un-narrated video feed from Tahrir Square, where people are waving enough handheld lasers to make for a pretty good Pink Floyd show.

We will be the first to admit that we are not experts on Egyptian politics, but we are pretty good at linking to Legitimate News Sources, like the livestream at Al Jazeera English, and this one about how a lot of Egyptians are pretty pissed off at President Mohammed Morsi. And we've been jumping all over the web this morning, watching jubilant crowds in Tahrir Square while offscreen, the Egyptian Military kicked Morsi to the curb. So now we know this much: Morsi is out, the Constitution is suspended, and the chief Justice of Egypt's Supreme Court will be acting as president until new presidential and parliamentary elections can be held. Here's a summary from the liveblog at Al Jazeera.

The Egyptian Armed Forces just announced their roadmap. It includes the following:

-The chief justice of the constitutional court will declare the early presidential elections;

-A technocrat, capable national government will be formed;

-The committee will offer all its expertise to review the new constitution;

-The Supreme Constitutional Law will address the draft law and prepare for parliamentary elections;

All of which sounds like what happened when Hosni Mubarak was deposed two years ago. As we say, we don't really have any strong feelings about Morsi (we bet some of our astute readers will!), but  let us just put on our David Brooks hat and point out that however popular the move may turn out to be, this was a military coup against a (maybe crappy) elected leader. Then again, the ousting of Mubarak was basically a military coup against a definitely crappy unelected leader, so, Egypt, what the hell?

Egyptian blogger Bel Trew has some amazing photos in her twitter stream, like the one up top, and this picture of a military helicopter buzzing the crowds:

She also just tweeted this: "The Muslim brotherhood's TV channel has gone dark after announcement of #Morsi's ouster" and has this photo of Tahrir Square full of celebrators:

But what does the Stupidest Man On the Internet think? Jim Hoft is cheering for the Egyptian Army and hailing the crowds as "pro-democracy demonstrators," or at least he is today, because Morsi is an "Islamist" and maybe Hoft didn't notice that the anti-Morsi demonstrators are also Muslims? Or that it was the Egyptian Miltary that oversaw the transition from Mubarak to Morsi? Still, they're The Military, so you know that Hoft has to have a boner for them, right? Give him a week, and he'll be lumping all Egypt-people together as dangerous Islamists, which is what he's good at.

At least The American Patriarchy Association's Bryan Fischer knows what this all means: