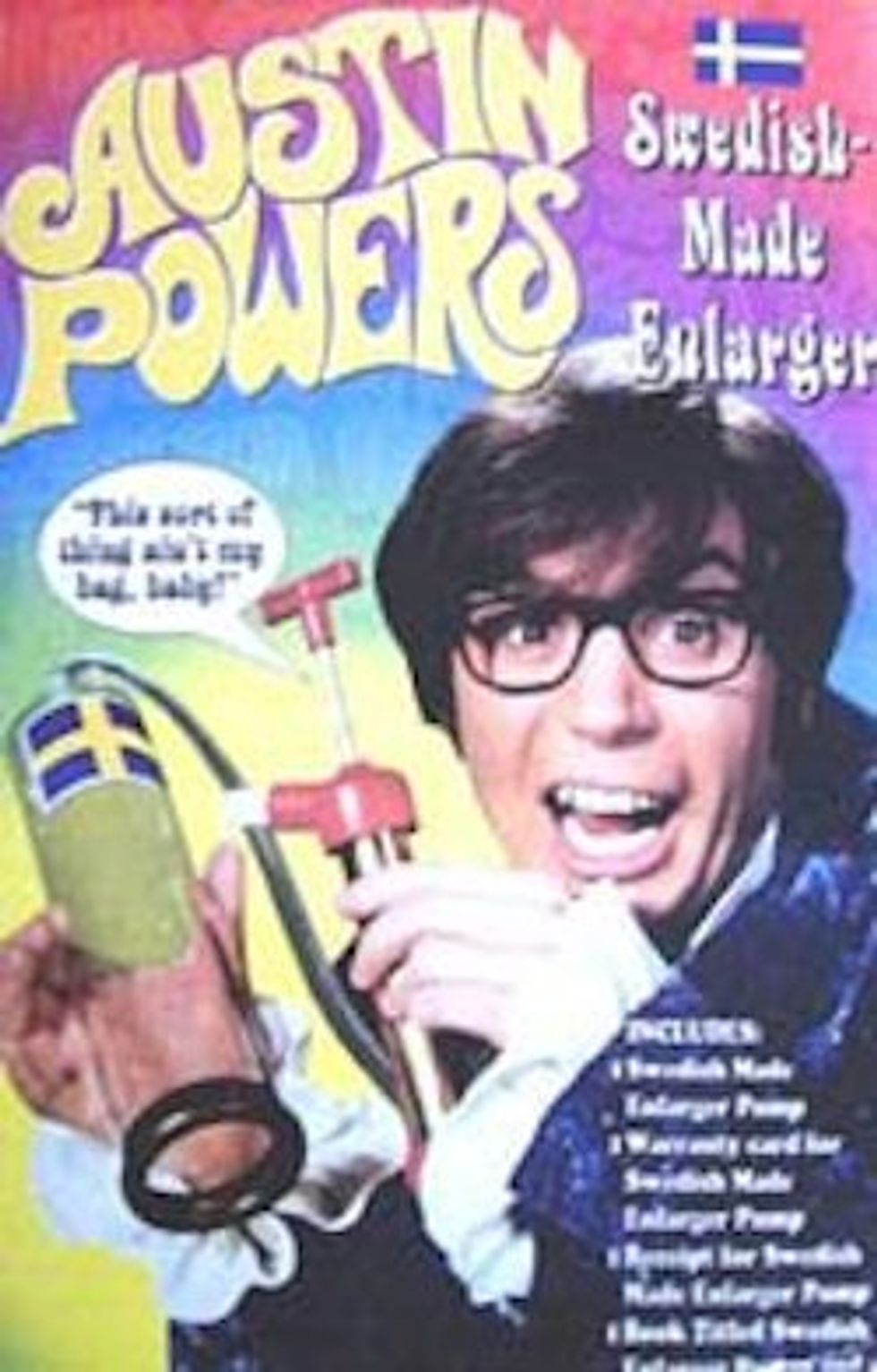 America is broke, people. Flat-busted broke. We're cutting school lunches, because everyone knows kids don't need lunches to grow -- they just photosynthesize or something. We're kicking people off the unemployment rolls because everyone knows that makes you magically get a job where there were no jobs before, taker. Now it is time for us to tackle the third rail of American politics. No, not Social Security. We're talking about something much more critical, more near and dear to America's crotch:bloated engorged pricing on Medicare-covered penis pumps. Finally, a story custom-designed to let us simply find dick jokes instead of reaching for them!

Penis pumps cost the U.S. government's Medicare program $172 million between 2006 and 2011, about twice as much as the consumer would have paid at the retail level, according to a government watchdog's report released on Monday.

Travesty! Sham! Shamnesty! We can't afford fancy penis pumps when perfectly good low-end alternatives exist, like just attaching the Dyson or the Flowbee to your junk. Why are penis pumps subsidized anyway?

The report by the inspector general for the Department of Health and Human Services said Medicare, the government health insurance system for seniors, paid nearly 474,000 claims for vacuum erection systems, or VES, totaling about $172.4 million from 2006 to 2011. Yearly claims for the devices nearly doubled from $20.6 million in 2006 to $38.6 million in 2011.

According to the Mayo Clinic, penis pumps are one of a few treatment options for erectile dysfunction.

Actually, we may need to rethink our position on this, because to be opposed to government-funded penis pumping aligns us with Malaysian money grifter and inveterate plagiarist Ben Domenech, which is a thing we do not really want ever.

"Considering the strain retiring baby boomers will soon be placing on Medicare's budget, shouldn't we be focusing this entitlement program on real, life-saving treatment and equipment to serve the health needs of seniors - instead of subsidizing penis pump purchases?" Ben Domenech of the Heartland Institute think tank said in an email statement.

"And to those seniors who really do want one," added Domenech, "just buy it yourself - you don't need to send the bill to your fellow Americans."

Yeah, we're flip flopping on this issue  and coming out hard and strong in support of artificially-induced diamond-cutter dicks, if only for the fact that it will make Ben Domenech fret.