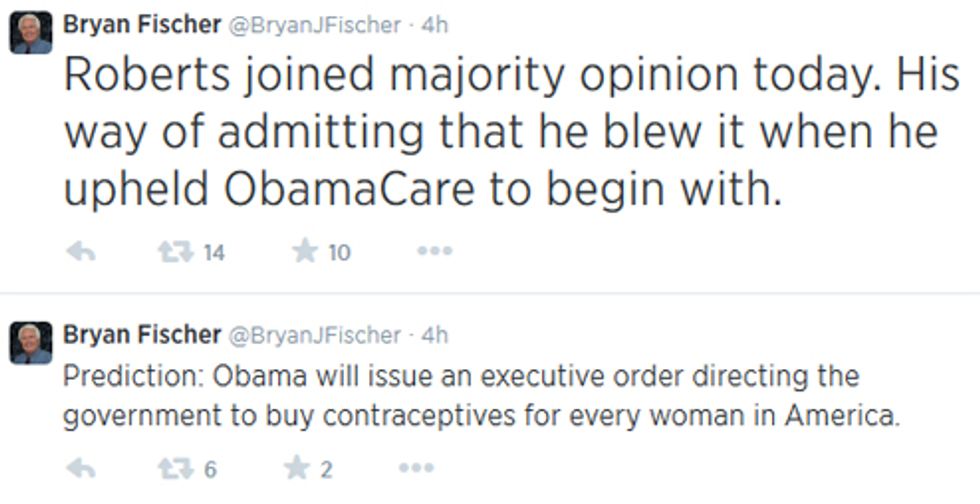 The American Patriarchy Association didn't want to leave anything to chance with its poll about the Supreme Court's decision in the Hobby Lobby case, so it gave readers a choice between being excited that God answered their prayers (and yet Barack Obama obstinately remains in office), or being excited that the religious freedom to keep sluts in their place has been preserved, or being excited that Hobby Lobby bravely resisted being mandated to provide the very same insurance that they had voluntarily provided until 2012.

Big surprise -- "prayers' is winning, and there aren't even any options that trolls can have fun with. Ripoff, man.

Also, AFA's Bryan Fischer knows exactly why the decision came down as it did, and how Terrible Barack Obama will respond to it:

And of course, Erick, Son of Erick, was in an ebullient mood, and weighed in with some jolly slut-shaming, a simple guide to whether you are a True Christian, and -- oh, this is hilarious -- "make me a sammich" jokes.

You see why we don't really larff a heck of a lot at "make me a sammich" jokes?