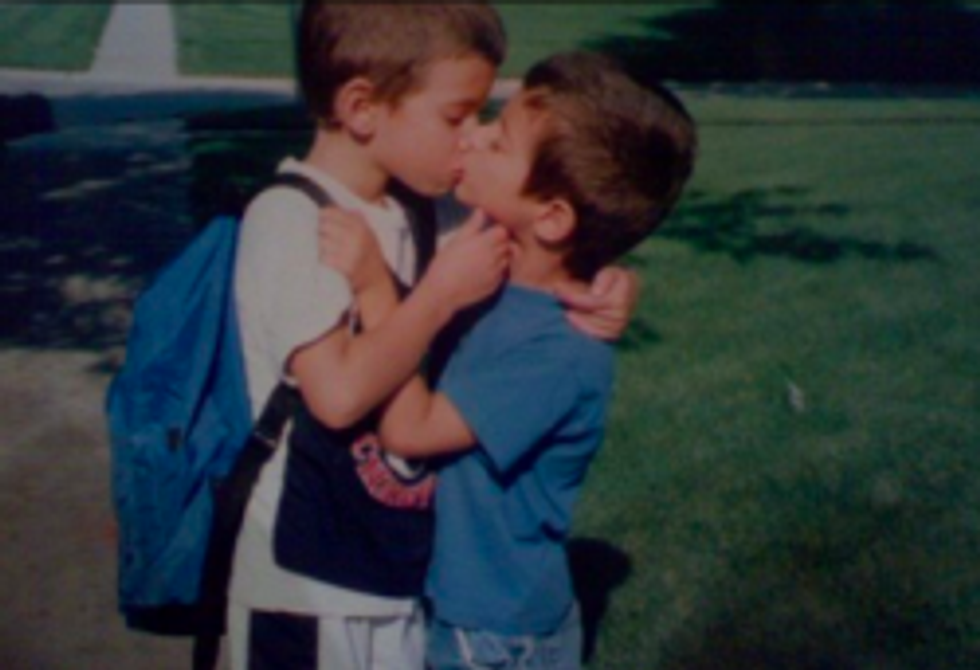 What marvelous thing has the American Family Association done for Western civilization now? Oh, just succeeded in getting upwards of 20 elementary schools to drop out of "Mix It Up At Lunch Day," an annual program that teams up kids who normally wouldn't sit together at lunch, and makes them sit together at lunch. Does this lead to breaking up nasty cliques, and helping to fight bullying? No. It leads to butt-pirating and carpet-munching. It's right there in the title: Mix It Up? THAT IS LIKE TOSSING SALAD, WHICH IS A THING YOU DO WITH YOUR TONGUE AND A BUTT! The one (1) school that bothered to return theNew York Times's calls on the matter said dropping the program had nothing to do with parental pressure and the AFA. No! It was just that teachers were really busy drilling the students for tests! So they couldn't take the time away from that, to spend like 10 minutes at the outside drawing names and pairing kids up. For lunch. Which would have taken place during ... lunch. Balls of steel, school! How do you fit that heroic bravery into those pants?

[T]his year, the American Family Association, a conservative evangelical group, has called the project “a nationwide push to promote the homosexual lifestyle in public schools” and is urging parents to keep their children home from school on Oct. 30, the day most of the schools plan to participate this year.

The charges, raised in an e-mail to supporters earlier this month, have caused a handful of schools to cancel this year’s event and has caught organizers off guard.

“I was surprised that they completely lied about what Mix It Up Day is,” said Maureen Costello, the director of the [Southern Poverty Law Center's] Teaching Tolerance project, which organizes the program. “It was a cynical, fear-mongering tactic.”

Stop libeling the American Family Association, Maureen Costello of the SPLC's "Teaching Tolerance" (GROSS)! After all, as we learned from Reddit yesterday, "Even if it was true, its still libel."

“Anti-bullying legislation is exactly the same,” Mr. [Bryan] Fischer said. “It’s just another thinly veiled attempt to promote the homosexual agenda. No one is in favor of anyone getting bullied for any reason, but these anti-bullying policies become a mechanism for punishing Christian students who believe that homosexual behavior is not something that should be normalized.”

The program is not about sexual orientation but rather about breaking up social cliques, which are especially evident in a school cafeteria, Ms. Costello said.

In some schools, cliques are socioeconomic. In others they are ethnic or religious or based on sexual orientation. By giving students a way to mix with other students, self-imposed social barriers can be broken down and bullying can be curbed, she said.