American Nukes No Longer Want To Talk To Us 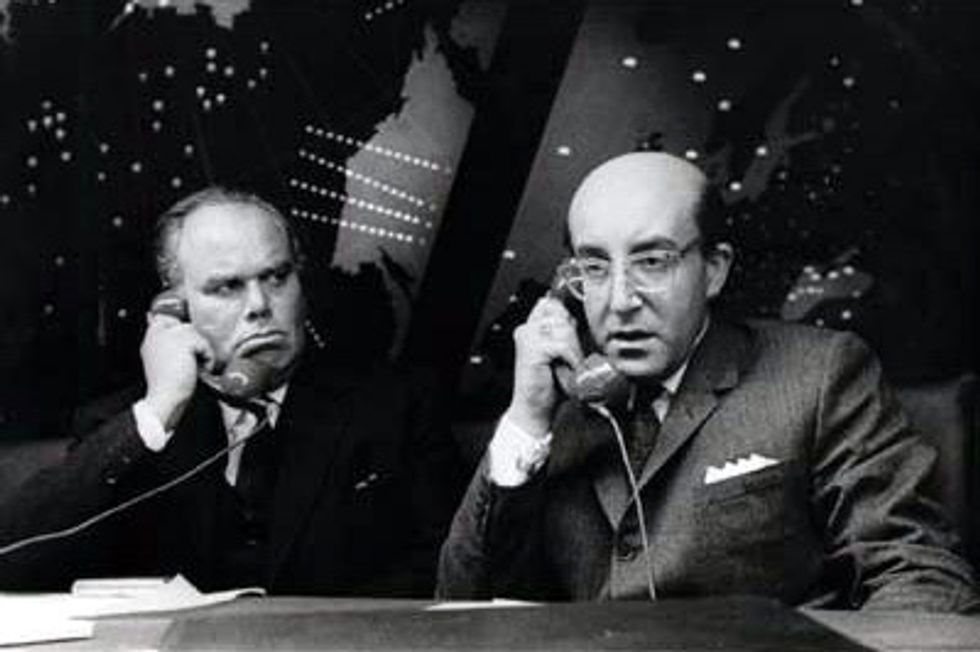 Officers at F.E. Warren Air Force Base in Wyomingcould not communicate with or monitor the status of 50 Minuteman III nuclear missiles for a while on Saturday. That's a comforting thing to know, right? Look: sometimes our nukes, like rebellious teenagers, get angry at their military officers and won't talk to them or tell them where they are. But what trouble have rebellious teenagers ever gotten into? And what could possibly go wrong when you have no idea where 50 of your nukes are or what they're doing? It'll all be fine. We have to learn to just trust our nukes. They'll make some mistakes, sure. But they'll become responsible eventually, even if, granted, they almost destroy half of the country.

Backup security and communications systems, located elsewhere on the base, allowed the intercontinental ballistic missiles to be continually monitored. But the outage is considered serious enough that the very highest rungs on the chain of command — including the President — are being briefed on the incident today.

Well, it's good he's hearing about it, we guess. "Mr. President, this country is sitting on top of thousands of bombs that could go off at any second and could destroy us all. And you're never gonna believe this, but not everything was perfectly fine with every single one of them at a point this weekend."

After a series of mishaps — including nosecone fuses mistakenly sent to Taiwan, and warheads temporarily MIA — the Air Force has made restoring confidence in its nuclear enterprise a top priority. Officers have been fired and disciplined for nuclear lapses. The Air Force’s top general and civilian chief have been replaced. A new Global Strike Command has been put in place, to oversee all nuclear weapons. Nuclear Surety Inspections, once relatively lax, have become pressure cookers. These days, a few misfiled papers or a few out-of-place troops means the entire wing flunks the NSI.

Or, you know, we could just lay off most or all of our nuke people and get rid of most or all nukes -- considering that keeping our nuke numbers in line with Russia's for the retro hipness is sort of dangerous, and we are more likely to blow ourselves up than use them on another country at this point. Perhaps we can even sell some of our nukes to Russia to help pay down the deficit! They're easier to deal with when they feel powerful anyway. [Wired]