American Politicians Had So Much Gross Sex Throughout History 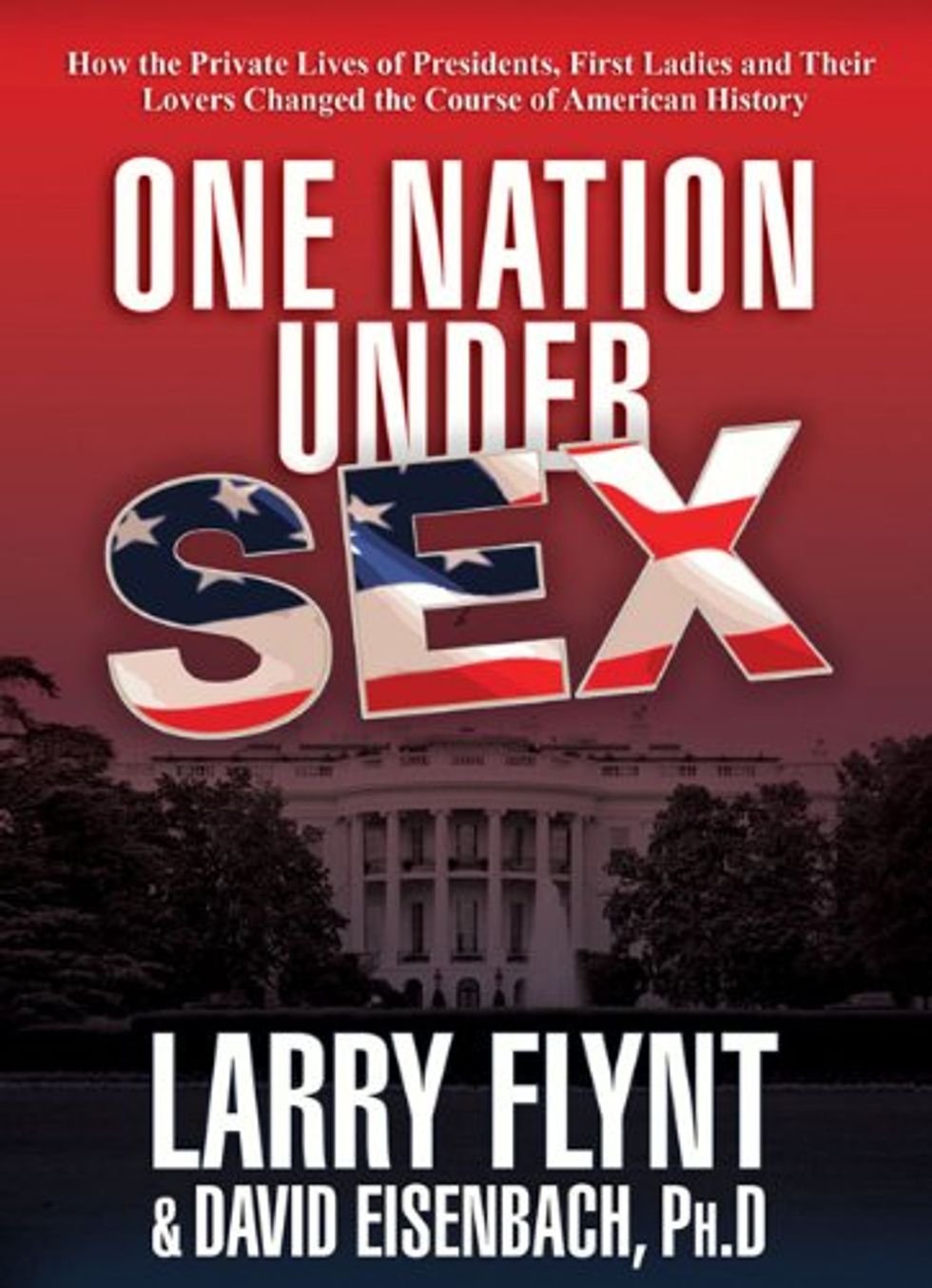 Looking for a good read while you're protesting the literal dissolution of your union or local death panel? You could do a lot worse than the new book from free-speech champion and Hustler publisher Larry Flynt, One Nation Under Sex: How the Private Lives of Presidents, First Ladies and Their Lovers Changed the Course of American History. It's a free-for-all tour through sexual relations, secret fornication, national scandal, tawdry affairs and foreign entanglements (huh huh, "foreign entanglements"), from Ben Franklin to Bill Clinton. In other words: Gross old white guys doing gross things, while living off the taxpayer.

Flynt co-wrote the book with Columbia professor David Eisenbach, or as our galley edition cover calls him, “David Eisenbach, Ph. D." The book isn’t intended as a simple grab-bag of political gossip; Flynt and Eisenbach’s big idea is that the sex lives of America’s presidents have actually impacted policy and the Course of Events and whatnot.

Your reviewer isn’t entirely convinced that every president’s sexytime is capable of changing history, but there are enough documented consequences of these sexcapades (Franklin's French diplomacy, Clinton's impeachment) to at least give some academic sheen to John Adams' disgusted claim that Alexander Hamilton spewed such limitless semen as "no number of whores could draw off."

The charm of One Nation Under Sex -- and it is a cleanly-written and entertaining book -- lies in these salacious stories.

There are many lesser known tales, like J. Edgar Hoover thinking his goons had successfully captured Eleanor Roosevelt having sex in a bugged hotel room with a young army officer. This is probably untrue, Flynt says (Eleanor was more or less a lesbian, which is confirmed by everyone from Flynt to Eleanor's pansexual friend Gore Vidal). Jackie Kennedy makes a few appearances, reportedly banging everyone from Marlon Brando to Bobby Kennedy during her swinging widowhood. Prim, professorial war-demon Woodrow Wilson is portrayed as our nation's most emo president, a “shameless romantic” who nearly went insane with anxiety/passion/lust while pursuing the lady who would become his second wife. Why hasn’t Glenn Beck told us about that?

Your reviewer’s favorite part, for some reason, was the section about sappy scoundrel Warren G. Harding. If Warren G's poems and love letters are anything to go by, he was easily our gooiest and most sentimental president. Here he is writing to his mistress Carrie Phillips:

I want to weld bodies, unite souls, I want the divine embrace, the transcending union, the blissful affinity, and with them all the excruciating joy and unspeakable sweetness that I never did know and can only know when fastened by you.

Here’s Warren again, reminiscing about the New Year’s Eve he and Carrie spent in a Montreal hotel room:

...the bells rang while our hearts sang the rapture without words and we greeted the New Year from the hallowed heights of heaven.

And here he is in proto-John Mayer troubadour mode:

Darling to feel, where my face rests,

I love your skin, so soft and white,

So dear to feel and sweet to bite,

I love your knees, their dimples kiss

I love your ways of giving bliss,

I love your poise of perfect thighs,

When they hold me in paradise ....

One Nation Under Sex: How the Private Lives of Presidents, First Ladies and Their Lovers Changed the Course of American History by Larry Flynt and David Eisenbach, Palgrave Macmillan, 247 pages, $16.50 hardback, $11.99 ebook.