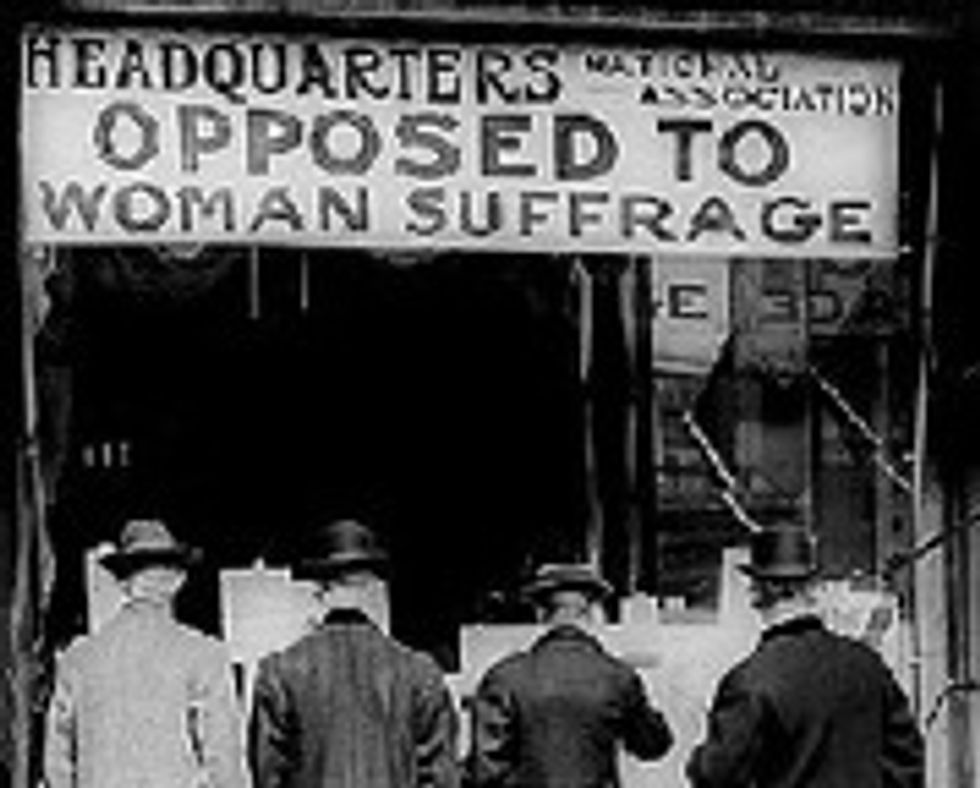 A shocking new study by the web concernA Daily Beast proves that American women voters are more furious than usual about the election, because, eh, Hillary Clinton lost to Barack Obama and Sarah Palin is a despicable race-baiting moron.

Women, as the poll proves, monolithically support women candidates, which explains why Democratic women voters overwhelmingly chose the Republican ticket this year, even though the Republican party and platform is 100% anti-women and anti-humans-in-general, because, hey, women! This is why John McCain won the election, because he chose an imbecile for his vice-presidential candidate, because she had an active uterus. [Daily Beast]