Americans Are Much Fatter This Year In 37 States! 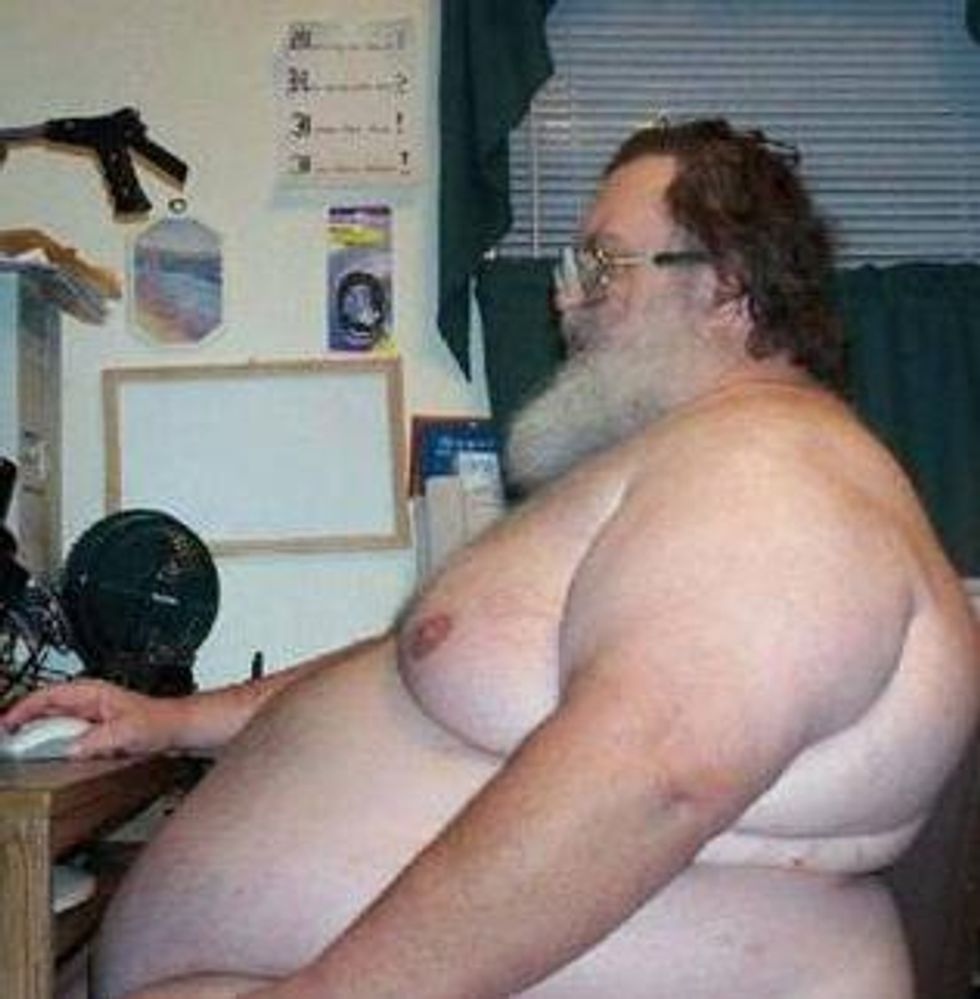 The fattest people in the world got even fatter this year, as the obesity rate kept rising in 37 states and didn't decline in the other 13 states. Mississippi, West Virginia and Alabama won the triple crown of fat-assery, surprising nobody, while Michigan was the only state in the Top Ten of Fat that's not in the South, which also surprised nobody. Now let's see how the Democratic Convention and Barack Obama's vacation birthplace rate!

Colorado, home of the DNCC '08, is the fittest state in America! "Only" 18.4% of the Rocky Mountain People are obese -- compared to more than 30% in Mississippi, West Virginia and Alabama. And elitist foreign country Hawaii has "only" 20.7% fat people, which is kind of amazing to think about, if you've ever been to Hawaii, which seems like an offshore Fat Farm.

According to this new survey, two-thirds of Americans are officially Overweight or Obese. Two-thirds! The fatness has been rapidly increasing since 1980, when Reagan turned everybody into stupid flag-waving lard-asses.