Americans Pretty Much All Gay Now, According To Science 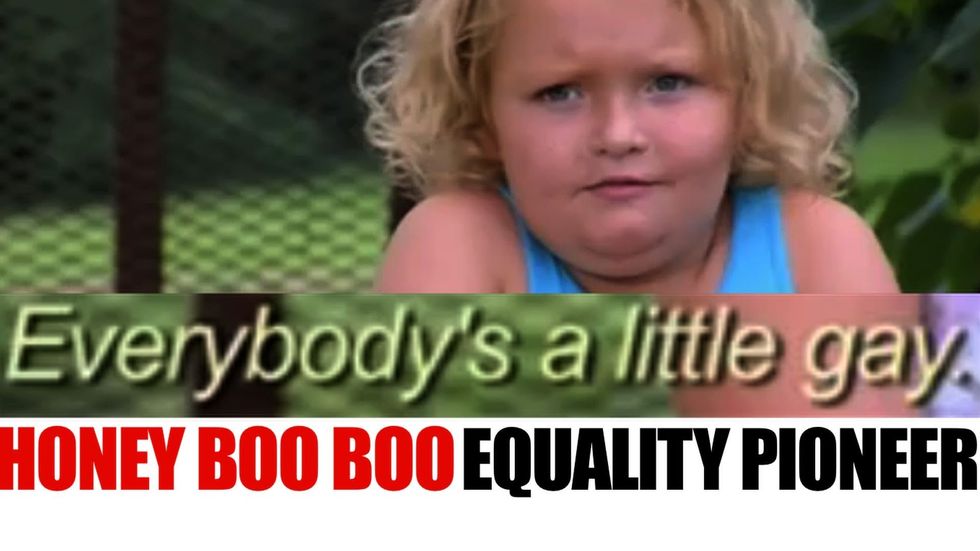 Out of the mouths of babes.

Good news for all you gays and gay-loving humans out there! According to science, basically all the U.S. Americans are Doing The Gay now, having completely abandoned God-Fearing Christian Morality for the much greener grass of "It's just skin, baby, it's just skin." Okay, maybe we are exaggerating when we say "basically all the U.S. Americans," but according to a new YouGov poll, ALMOST A THIRD of American youngs say they're not totally hetero, which means that hot straight man or man-lady you've always had that secret crush on? The one you've always been like, "Oh whatever, he is mostly straight, but I suspect that given the right combination of alcohol and spontaneity could get me RIGHT in those pants"? It's probably true:

LIKE WHOA. BRB, gotta go do sex to so many guys.

Now, the religious right is probably like "SEE? They're recruiting!" And that is not true, and never has been, WE'VE TRIED. But the more honester truth of the matter is that the real sexuality spectrum has ALWAYS been more complicated than "most people think gay is ew." That's how society used to be. And now it's not anymore -- at least it's a lot less that way -- so more ladies and gentle-ladies are feeling free to say, "Oh fun, this person has parts like I have, but DIFFERENT AND EXOTIC!"

A recent poll in the United Kingdom, ALSO done by YouGov, found basically the same results, but we didn't tell you it because "Britishes" or whatever. It's not real science until 31 percent of full-blooded all-American dudebros are willing to sample the D at their leisure, that's what we say, because American Exceptionalism.

But it's all fine now, because the American survey said the same thing, so everybody is free to have a real good time Doing Gayness or Doing Straightness or whatever else to each other, for Jesus, for America and for the Constitution, hurray!