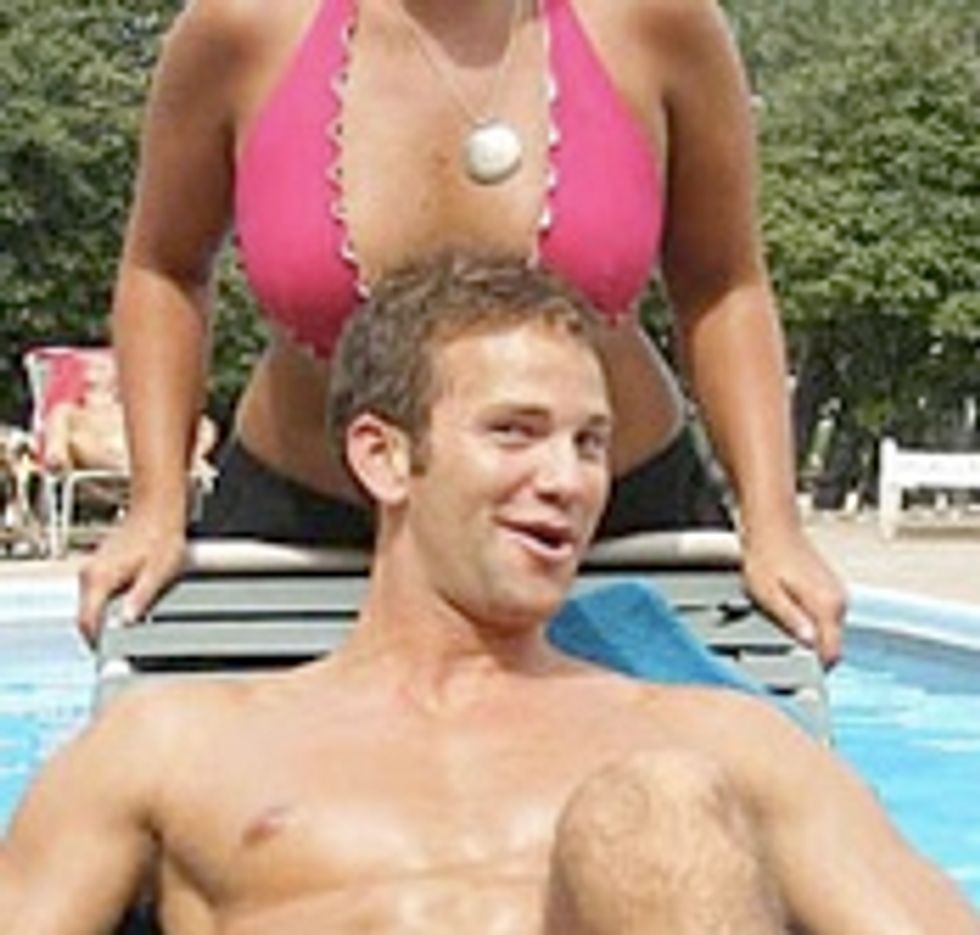 Illinois Congresshottie Illinois Rep Aaron Schock, who doesn't miss his old belt at all, thank you, is campaigning against all the signs being posted up everywhere announcing that such-and-such place is a stimulus fund project. In a new YouTube, Schock rails against the signs, which he says are useless and cost “well over $10,000 a piece.” Surely America can find cheaper ones at Walmart.

On his noticeably teal-free website, Schock says he wants to stop money for new signs, make agencies say how much they’ve already spent on these propaganda placards, and take back that money somehow, maybe through magic. To rally the troops, he’s been promoting his proposal through YouCut, Rep. Eric Cantor’s meaningless “American Idol” program for brilliant policy ideas that lets viewers at home text or online-vote on what they want Congress to stop funding.

“The constituents in my district look at those signs and see tens of millions of their hard-earned taxpayer dollars being spent, no jobs created, and hardly any infrastructure,” Schock said. “I’ve already had several emails and phone calls on my personal phone from friends back home that are upset about it and say, ‘You gotta be kidding me.’”

If the Real Americans use their phones cast pointless YouCut votes, then maybe they’ll stop calling Schock all the damned time, and he can get back to burning his clothes. He’ll also have more time for wining and dining, which probably explains why his GOP pals have been “tweeting the video like crazy”. [Pajamas Media]