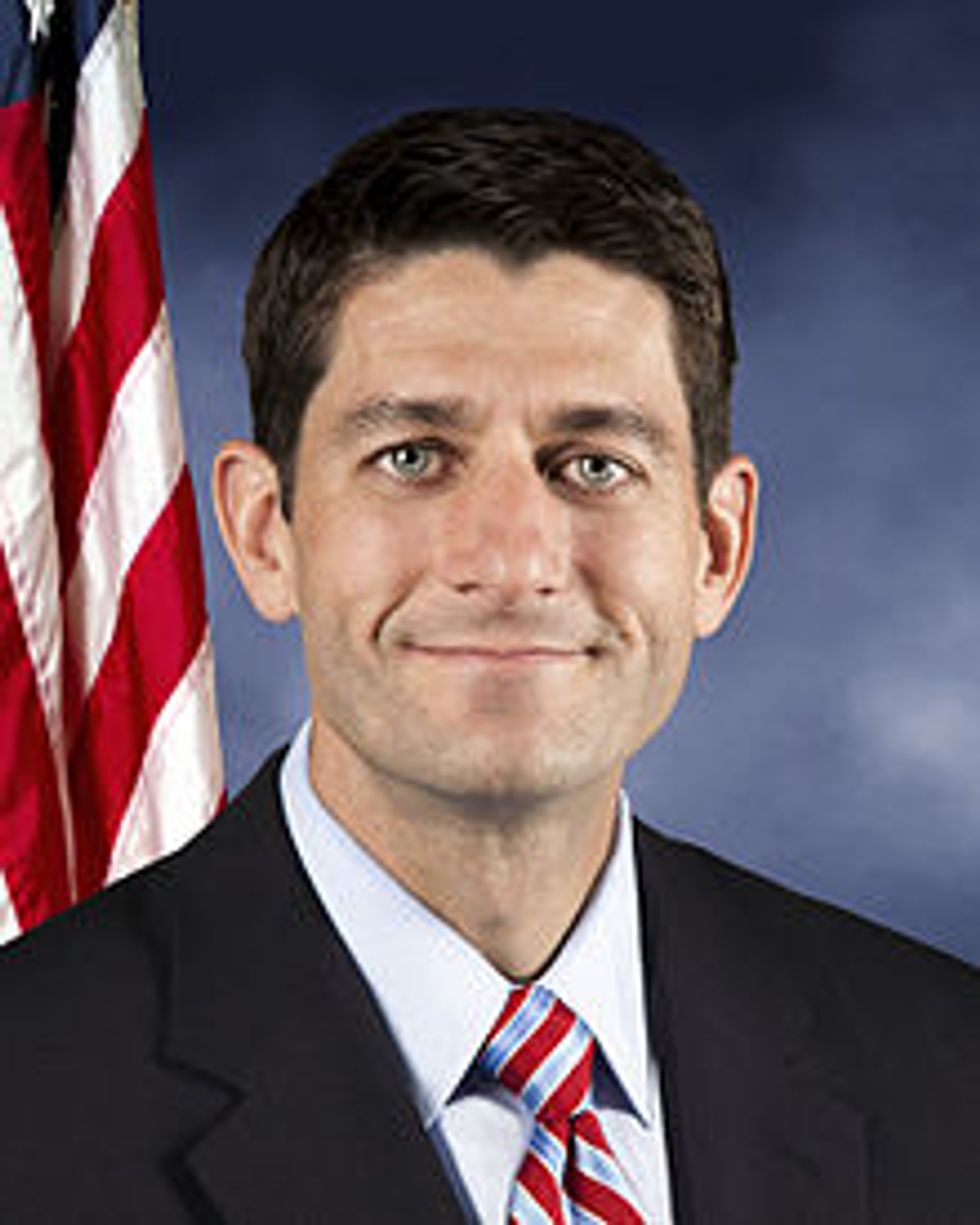 We bet any minute Aaron Sorkin will come out with a Newsroom episode about the very special time in October 2010 when Zooey Deschanel's younger twin sister, Paul Ryan, denied having asked for stimulus funds like Peter denied Christ. But -- whoa! -- would you guess thatbefore flat-out denying that he'd lobbied for stimulus funds, Paul Ryan had in fact written five different letters to the Obama administration asking for stimulus funds? A Republican lying until his eyeballs fall out? That is so weird!

Come in, Boston Globe, over:

“I assume you voted against the stimulus,” the caller [to WBZ] began. “I’m just curious if you accepted any money in your district.”

“No, I'm not gonna vote [against] something then write letters to the government to send us money,” Ryan responded. “I did not request any stimulus money.”

Fairly straightforward! But is there more? Oh, ever so much!

But beginning in the fall of 2009, the Globe first reported on Tuesday, he sent the first of a series of letters to the Department of Energy on behalf of a pair of Wisconsin energy conservation groups, insisting the funds would help create jobs.

For example, Ryan predicted that a grant being sought by the Madison-based Wisconsin Energy Conservation Corporation would “create or retain approximately 7,600 new jobs over the three-year grant period and the subsequent three years.” [...]

The organization ultimately received $20 billion* in economy stimulus funds, while another entity that he advocated for, the Energy Center of Wisconsin, was awarded a separate $740,000, according to federal records.

Asked about the letters to the Department of Energy on Monday, Ryan’s spokesman declined to comment and pointed the Globe to a statement from Ryan’s Capitol Hill office from 2010 when the Wall Street Journal reported he had written a single letter to the Department of Labor seeking stimulus funds.

“If Congressman Ryan is asked to help a Wisconsin entity applying for existing federal grant funds, he does not believe flawed policy should get in the way of doing his job and providing a legitimate constituent service to his employers,” the 2010 statement said.

Sounds like someone's fitting in real nice to the Romney campaign!

*The Globe has apparently amended their story to read $20 million, which seems much more likely. Soon they'll be talking about real money!