An Affair To Zzzzzz: Liveblogging The Democrats Being Total Grown-Ups, Lame 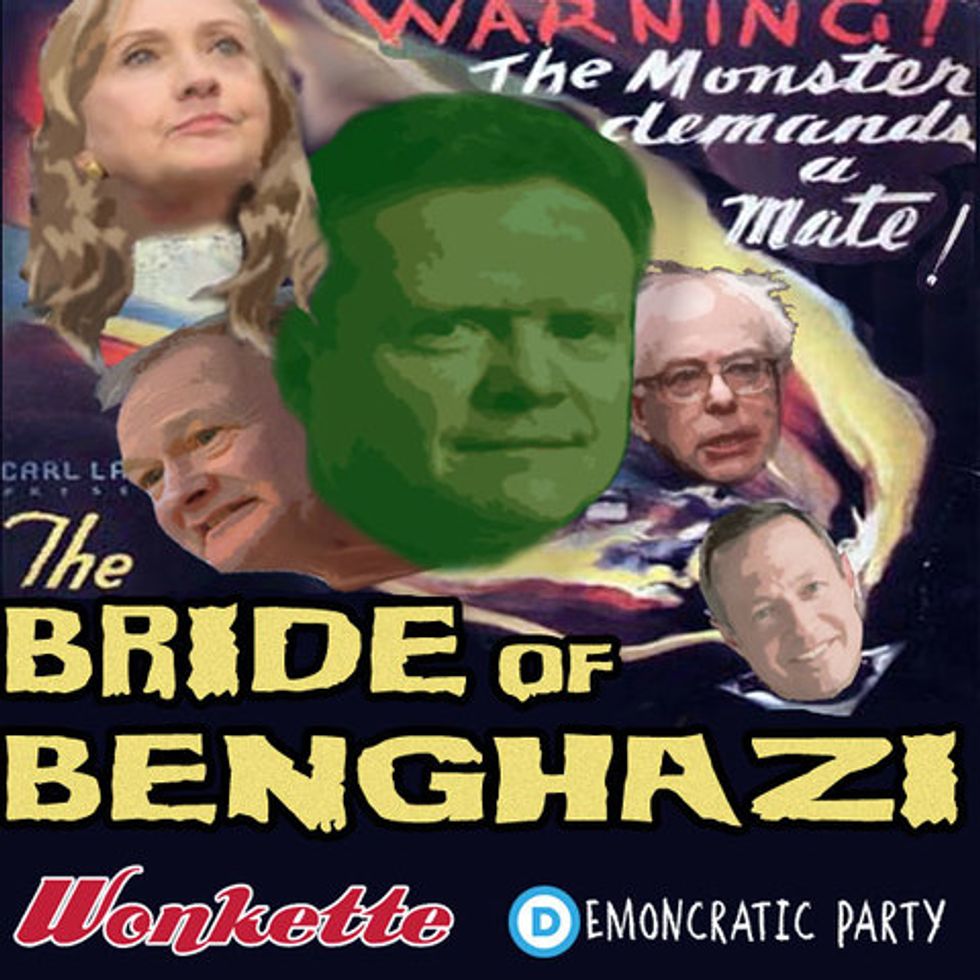 It's ... ALIVE! (Offer limited to all non-Jim-Webb participants.)

Hale, fellows, and salutations! What say we repair to our divans, a libation in the old paw, and nod sagely in agreement as first Hillary and then that swell ol' Bern both say thoughtful, intelligent, compassionate and common-sensible things with which only a screw of rectum-heads would disagree!

Feel free to accuse Hillary of being on the menopause, or Bernie of being a Jew, or any other thing Donald Trump might say, in the comments, whatever, lightweights.

Nota bene: we shall not be liveblooging the pre-debate scrum on CNN. Enough is enough, Wolf Blitzer! First Fox made the GOP debates ONE HUNDRED AND SEVENTY HOURS LONG, and now CNN is trying to pretend the Democratic debate tonight starts at eight-thirty WHEN IT DOES NOT. Unless it does? Fucking sneaky CNN.

Oh, and if you're just popping in and you LOVE US SO MUCHES for staying up late and making the jokes for you (AND ALSO THE HARD-HITTING ANALYSIS), you should go to our donations page and leave us a little sex tip ... or a BIG ONE! Ooh yeah, like that. But no, seriously, give us money, one of us is gonna need a new computer one of these days.