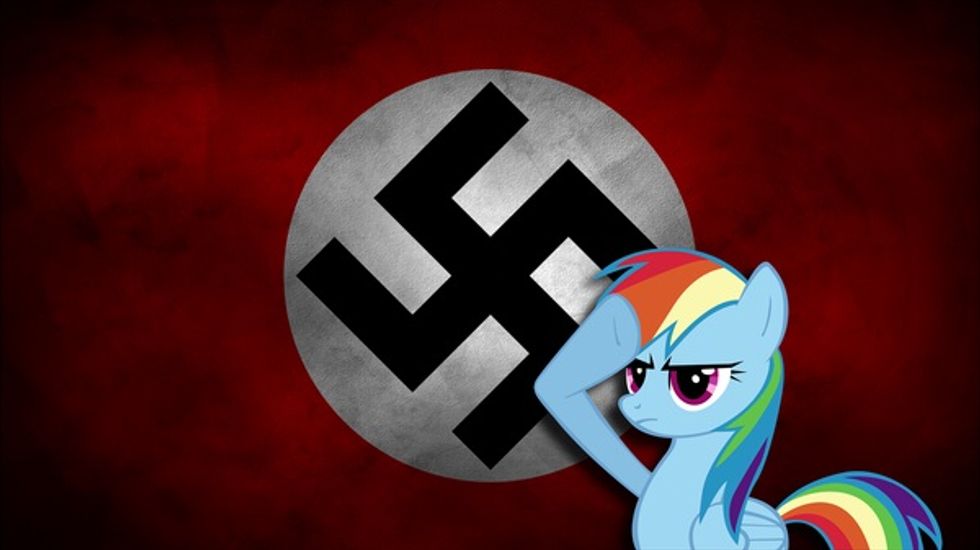 In August, we had a Small Internet Kerfuffle when James Damore, a Google employee, sent out a memo to his fellows explaining, in a very constipated way, that chicks are lamers and diversity gives him the sads. Although he was quickly fired for making his colleagues feel totally shitty, his "thoughts," though stupid, were actually pretty mainstream. "Affirmative action means unqualified people are hired" is hardly a controversial topic when half the country elects most of the government to ratify that very thing.

But Google did not agree, and they canned his ass, so he jumped on the Sad Sexist Underground Railroad Train, where his first stop was with this gross MRA alt-right Youtuber cult man, Stefan Molyneux. Thus ensued a whole lot of yowling from people who cried "witch hunt!" and "LEAVE WHITE MEN ALOOOONE" and, we don't know, whatever things come out of Tucker Carlson's fork-tongued mouth. We ignored it. Life's too short.

But just a month later, Damore has proved his former bosses at Google absolutely right. We present: James Damore Can't Understand Why You Are Forcing Him To Be In The KKK?

Last we checked on the writer Jamelle Bouie of Slate, he was still curled in a ball under his desk trying to wrap his brains around James Damore's OBVIOUS TRUTHS: That ... our popular culture hates nerds which is forcing everyone to be cool like the nazees? Like, the world is this

and all the nerds have been stuffed in the locker with atomic flagpole wedgies and there are NO DRAGONS ANYWHERE, AT ALL.

If anything it makes TOO MUCH SENSE.