An Exegesis Of Gawker's Trove Of Bill Clinton's Hacked Doodles, By A Professional Art Critic 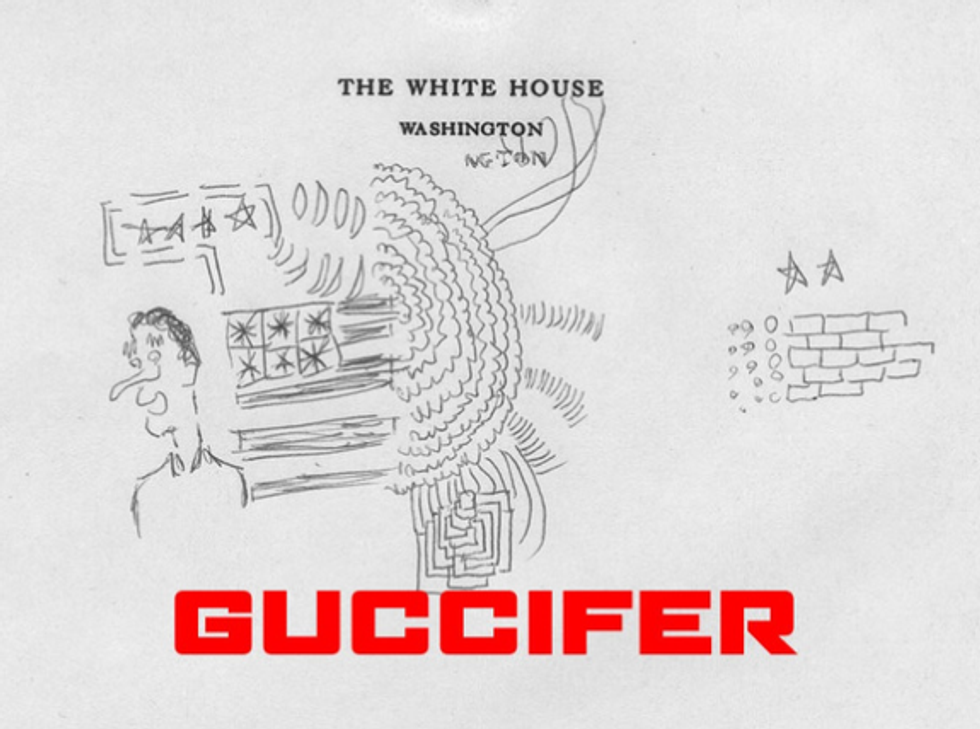 This is a doodle by Bill Clinton. It has been liberated by hacker "Guccifer" from a computer file marked "wjcdrawings" at the Clinton Library, and posted at Gawker, where it belongs. As you can see, Bill Clinton has drawn a Demi Moore in the '80s-style bush on an American flag. The bush is queefing on the White House. It has three slinkies coming out of it. There is a labyrinth at the bottom of the bush that probably is home to a minotaur. Bill Clinton, you will be shocked to learn, loves muff. Big ol' hairy sloppy muff. With a monster in it.

To the right of the vagina flag is a flag made of bricks. There is the feminine America -- the Democrats' America, all Mommy Party and refusal to trim your soggy muff or shave your pits and insistence on being a big lesbo at Yale. And there is the masculine America, the Republican America, rock-jawed, impenetrable, you cannot put a penis in that no sir, it is right there in the word impenetrable that you cannot. Also, Bill Clinton has drawn George W. Bush as the Gryphon from Wonderland, and also a pencil-necked geek.

Bill Clinton has drawn a man frying next to something about some thing called FRY. What does it mean? Is Bill Clinton's subconscious really that literal? Or is that the vaunted kind of "connection making" that they say portends genius? No. It means Bill Clinton is hungry, and would like some ham.

That is a whole bunch of assholes. Bill Clinton would like to take a flying fuck at a rolling donut.