And Furries Shall Walk the Streets 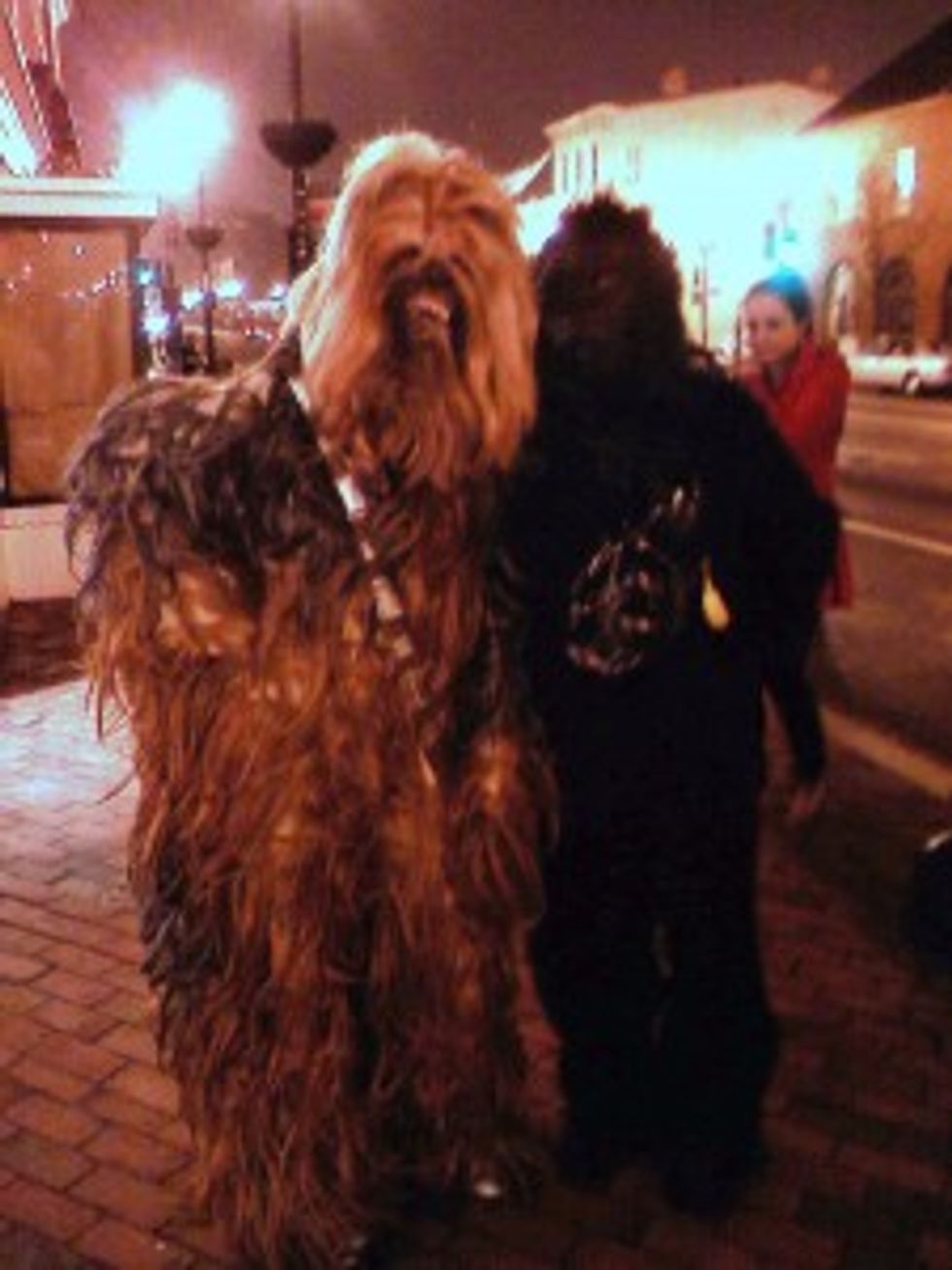 In a startling case of life imitating Blingee, several characters marched straight out of Wonkette'smost recent photo contest and onto the streets of Georgetown last night. The fully furred Chewbacca and, uh, we actually aren't sure what that other one is, explained to your intern that they were dressed up for a birthday party.

That actually isn't an explanation at all. Anyways, whatever in god's name they were really doing the point is DON'T GO TO GEORGETOWN -- the terrible wookie-furries are on the loose.