ANDREA MITCHELL WOULD LIKE SOME ANSWERS TO HER QUESTIONS, PLEASE, THANKS AND FUCK YOU 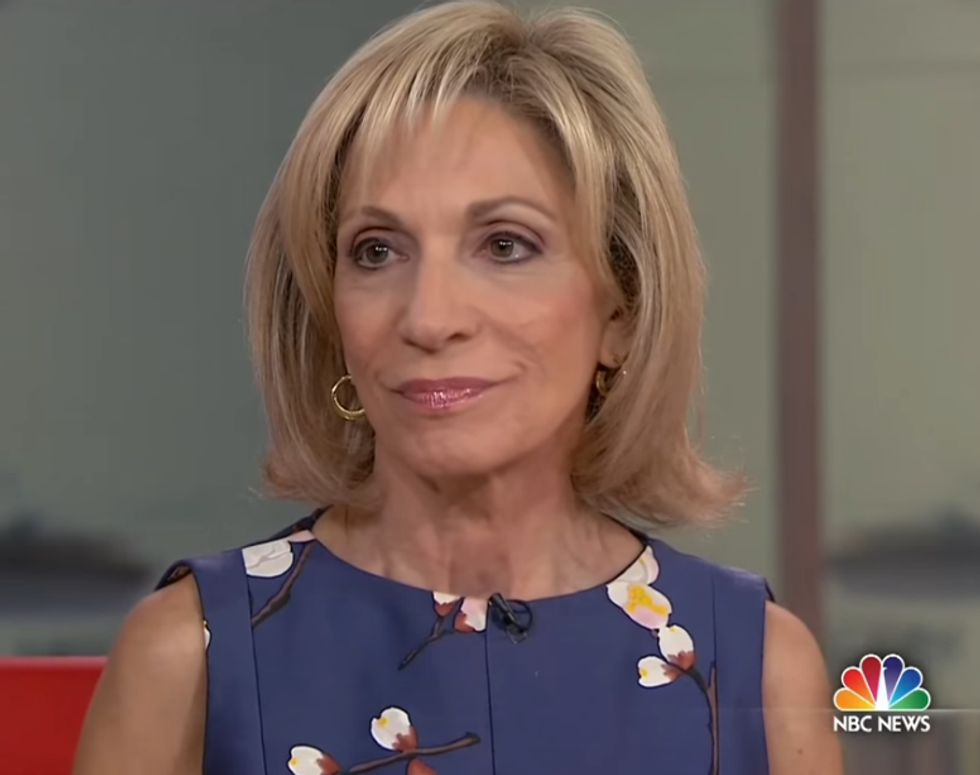 ANSWER HER RIGHT THE FUCK NOW.

Andrea Mitchell, she is that NBC/MSNBC reporter who is married to Alan Greenspan and sometimes (sigh) she can be kind of a (sigh) hack. But not today, mother-effers! Today she is your Hero Journalist of the Day, trying to get some damn answers from Secretary of State Rex Tillerson, on how does he like leading the State Department when Orange Hitler is hellbent on cutting funding for the department and he doesn't even have a deputy yet. So she asked her questions, all four of them, IMPOLITELY, while the secretary was doing a photo op, and she got no answers, and YET SHE PERSISTED.

In response, a staffer lady was all "Andrea?" and rolling her eyes, and then Mitchell got taken out of the room, IMPOLITELY.

Like we said, Mitchell is not always our very favorite, but one time we were at the Republican Convention leaving this Buzzfeed party and we rode the elevator with her and we were all, "Andrea Mitchell!" and her face said, "I acknowledge that it is me," and we just asked how she was feeling. (It was late at night.) She said she was tired, and we probably fist-bumped, we can't remember, but she was very nice to us, and IN CONCLUSION, if we did not fist-bump her that day, we fist-bump her today, in solidarity, THE END.

Also, this is your open thread! If you love Wonkette, you should throw us a few bucks, as a love offering!