Andrew Breitbart Longing To Shoot The Next Person Who Insults Him 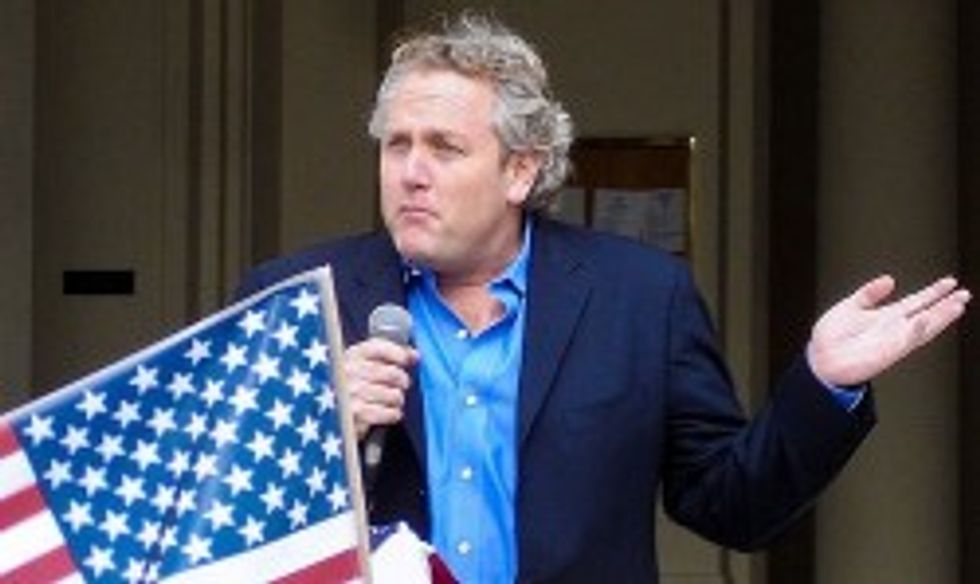 Screw Barack Obama and the pussy liberals with their "class warfare." Conservative anger bear furry and professional Twitter troll Andrew Breitbartwants "warfare warfare," because he is just murderously sick and tired of being called a homo by everyone, on Twitter. HOW DARE THESE PEOPLE. Andrew Breitbart is the world's biggest victim, Andrew Breitbart in case you had forgotten about him during the time it took you to read those other words, Andrew Breitbart, and he is not afraid to "fire the first shot" in the bloody national civil war between conservatives and liberals that is about to start, tomorrow probably, over the mean things the Internet is saying about Andrew Breitbart. Bring it on, General Janeane Garofalo (?), you and your army of socialist space robots do not stand a chance. Video of Andrew Breitbart's insane call to war, after the jump!

None of it makes any sense unless you understand fluent paranoid wingnut, but what we can make out sounds something like, "Andrew Breitbart will give the cue for the military higher-ups to napalm Janeane Garofalo and the conservative militia will finish off the rest of the Nazis with their guns, and the victory party will be held over Katie Couric's corpse, on her front lawn."

So, yeah, everyone stop calling Andrew Breitbart gay, on Twitter.