Breitbart Will Save Scott Walker From Ordinary Working Americans! 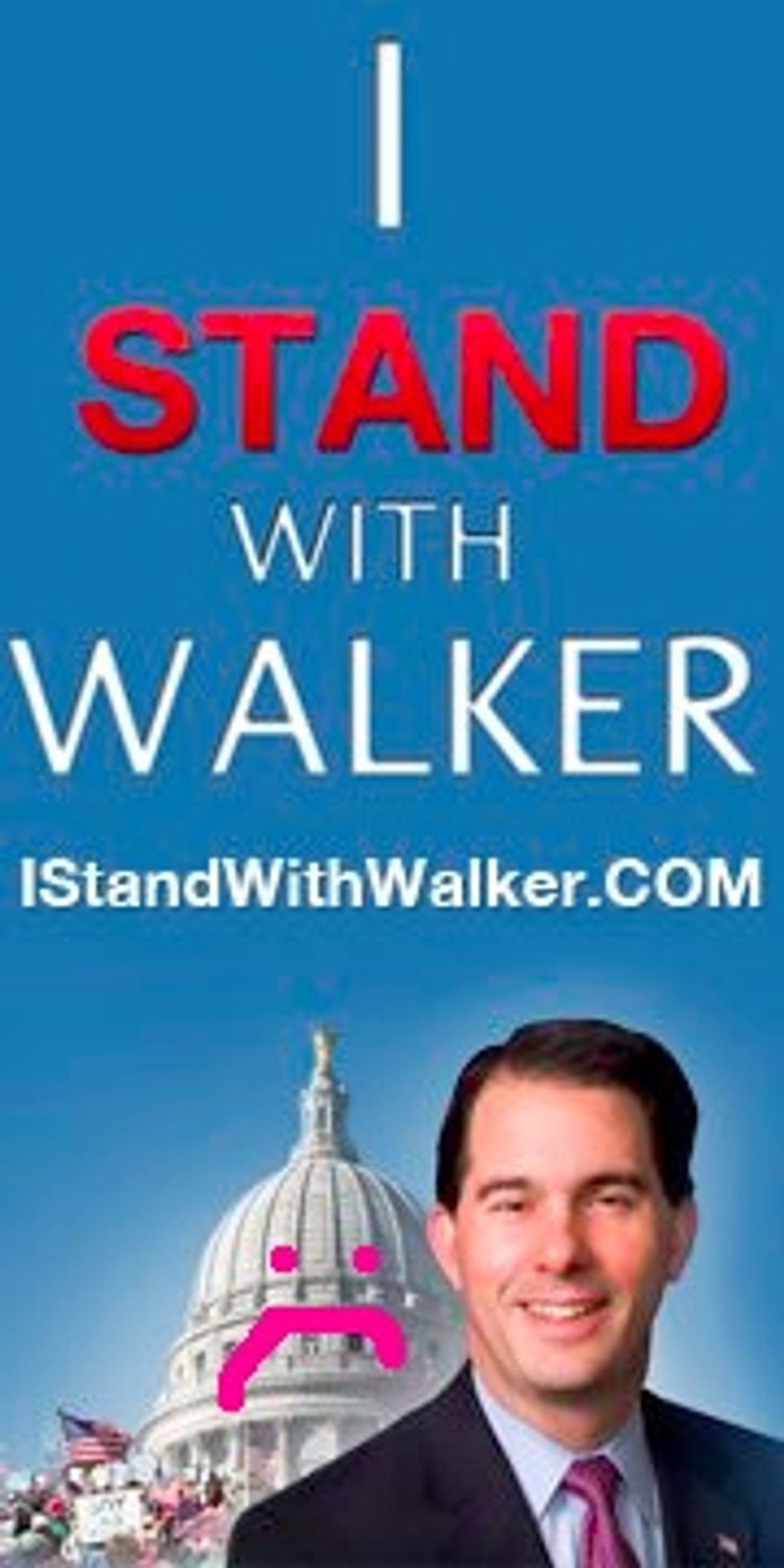 WHO WILL RESCUE SCOTT WALKER FROM ALL THOSE PEOPLE STANDING AROUND PEACEFULLY? asks Ban Ki-moon, in a Facebook status update that doesn't actually exist. (Haha, we imagine that Scott Walker is probably just relaxing quietly at home, maybe even masturbating to his favorite Brooks Brothers catalog, the one with the dolphin tessellation neckties and fancy springtime Cashmere Depends or whatever.) Maybe that John Galt guy will pop out of a cake and save Scott Walkerand Free Enterprise from the evil unions? (Sadly, no. John Galt is just a fictional rapist from one of Ayn Rand's horror stories, used during the CIA's MK-ULTRA mind experiments to give horrible nightmares to small children and woodland creatures.) Uh, how about that drunken oaf who is always touching us, "Andrew Breitbart"? Maybe he has a fake YouTube video that proves Wisconsin public school teachers are racist against white farmers? That or something equally retarded, yes!

Conservative wingnut support group "American Majority" is hosting a Freedom counter-rally tomorrow in Madison! And Andrew Breitbart will be there, along with, well .... read for yourself:

American Majority has set up an "I Stand With Scott Walker Rally" Facebook page to spread the word, and by 1 o'clock Friday, 1100 people had replied and said they were planning to descend on Madison. And if they and others do flock to the state capital, Madison could well become a media circus. Conservative provocateur Andrew Breitbart will be headlining the tea party rally, along with Gateway Pundit blogger Jim Hoft, who recently scoffed at the Egyptian pro-democracy uprising. (Hoft also blamed CBS News reporter Lara Logan's "liberal belief system" for her sexual assault in Egypt.) Recently added: potential GOP presidential candidate Herman Cain. And there may also be a cameo appearance by Joe "The Plumber" Wurtzelbacher, who tweeted Friday morning that he he was headed to Madison to "do some interviews."

Now is a good time to overdose on those barbiturates you've been saving. [Mother Jones]

Thank you to Wonkette operative "Koch-funded Luke," for this tip that makes us want to die!