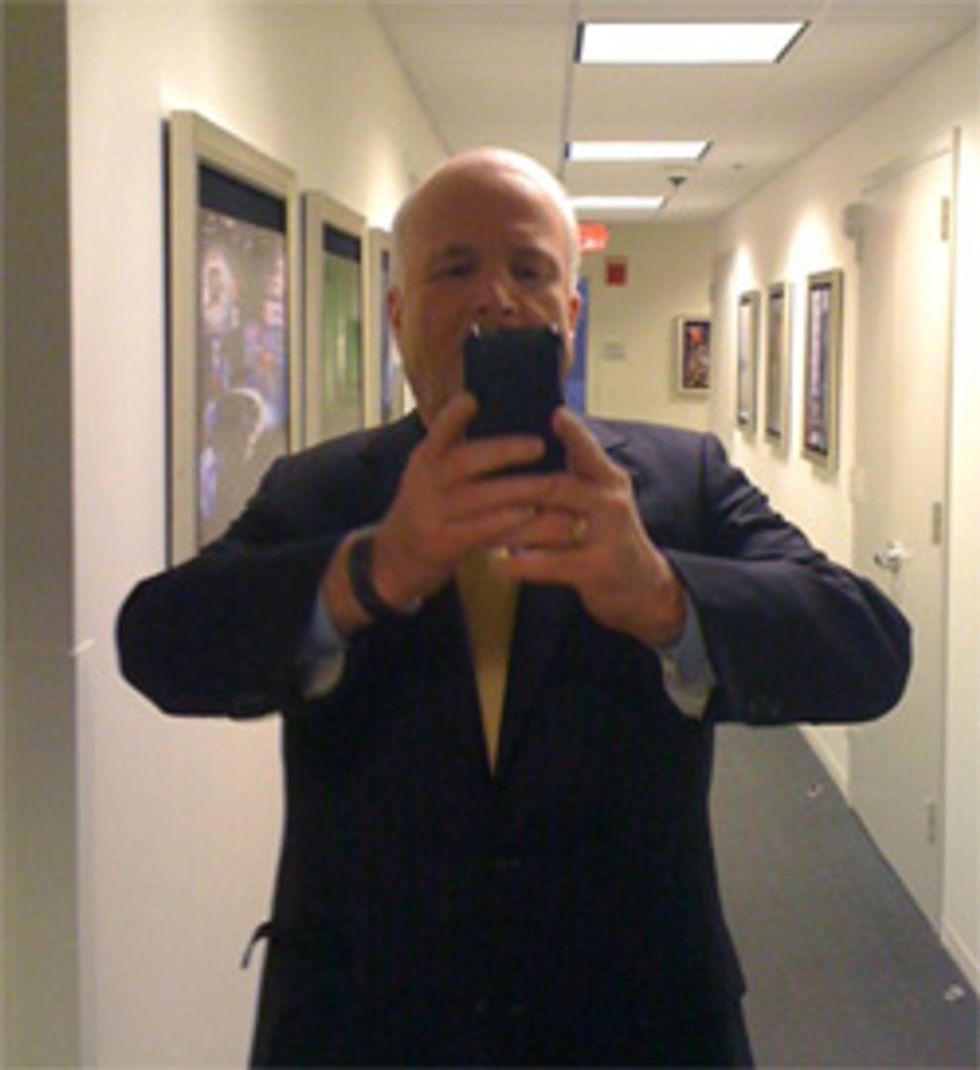 Lurching worm-beast John McCain found a new thing to yell at today! He's just stuck down at the end of the hall, barking at his cell phone and demanding that staffers "fix the goddamn door that used to be here," and of course there's no door, and no staffers either ... just one of those fire hoses hanging on the wall at this lonely corridor's dead end, and John McCain. Would you like to see a giant, heart-stopping version of this picture, as WALNUTS! just posted on his "twitpic"?

Actual caption, presumably pecked out by the arthritic claws of Walnuts himself: "Even @SenJohnMcCain likes to take twitpics! #JKUSA." Yeah but uhhhhhh ... this isn't a picture he took of himself, it's ... a picture of him trying to take a picture with his Blackberry, either of himself or just the end of the hall? What the fuck is this? Why isn't he in the rest home? Oh wait this is on the Twitter of "JohnKingUSA" ... that CNN guy who does the cable-sex show with RedState? Ugh. [Twitpic via Wonkette operative "Chris H."]