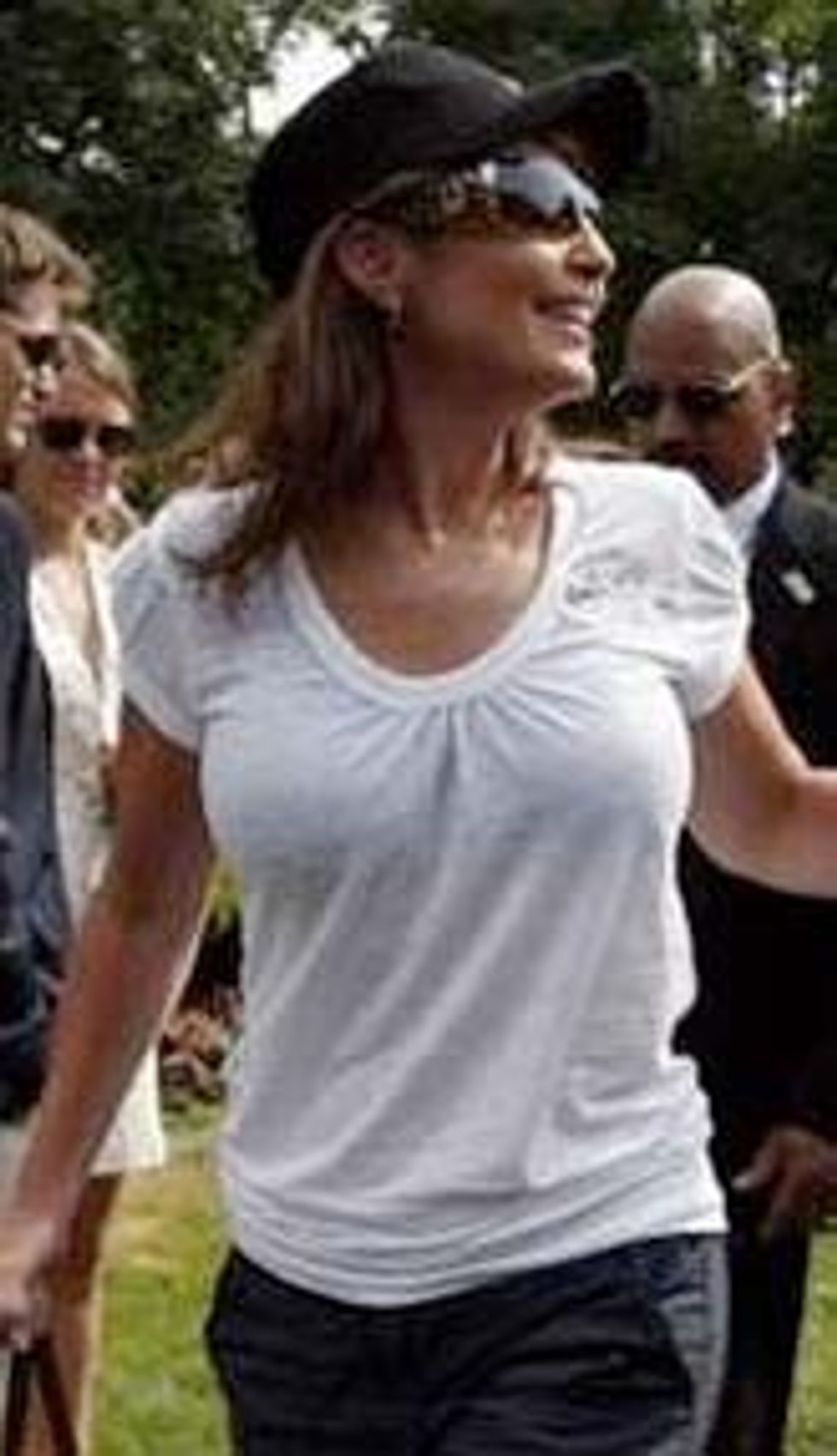 Sarah Palin didn't evenhave a passport before 2007, and the only non-America places she's ever been to are Canada ("America del Norte"), Mexico (for body shots at Señor Frog's), and U.S. military bases in Germany and Kuwait. Like many an American, she's trying to slowly work her way up the ladder of exoticness, so why not start with the U.K., where they (sort of) speak English? And while there, why not meet England's President, Margaret Thatcher?

Sarah Palin has been informed by her meddling lawyers that she cannot legally dig up Ronald Reagan's corpse and make sweet photogenic love to it, so she is planning on doing the next best thing: have a photo op with ex-Prime Minister Thatcher, Reagan's secret lover. Thatcher is supposedly up for it, but then again she is also demented.

Oh, and what about Britain's actual leader, David Cameron, who just got elected by basically disavowing his party's entire Thatcher legacy? It might be kind of awkward for him to figure out whether he ought to appear in public with a crazed dingbat that all the Brits hate, but fortunately Palin is a private citizen with no government job to speak of and therefore he's under no obligation to talk to her. And anyway, an anonymous person in charge of arranging the visit said this about Palin's handlers: "I'm not sure they know who David Cameron is."

Still, the God of the Britons is not about to take this sacrilege lying down. Having already destroyed the upstart Hebrew messiah, the Druid sun-deity plans to attack all of Earth with a mighty solar storm. "Britain could face widespread power blackouts and be left without critical communication signals for long periods of time," noted one reputable British newspaper. Avoid this fate and keep Palin and Thatcher away from each other AT ALL COSTS, we beg you, lobsterbacks! [Daily Mail]