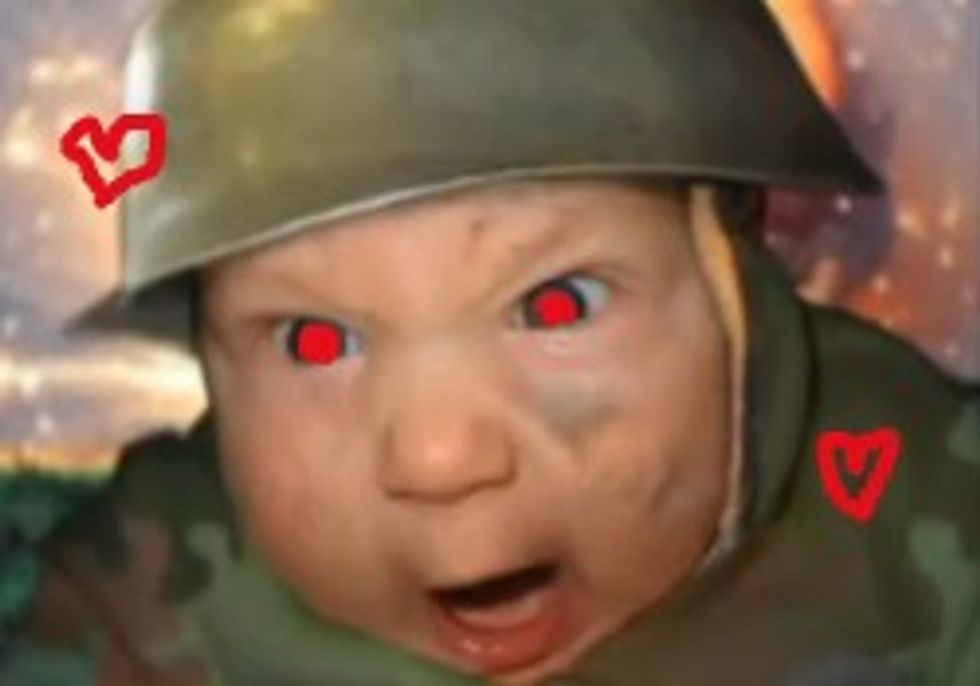 The generally obese, illiterate citizens of Mississippi are for some reasonvoting today on an insane initiative widely billed as a litmus test on "how fucking backasswards can Mississippi possibly be?" that will determine whether the state adds a constitutional amendment defining fertilized egg blobs to be "persons." The rest of you humans, fuck off! Enjoy your lifelong destiny as poverty-stricken uninsured criminal slobs. In addition to banning all abortions and certain types of birth control, the vaguely-worded amendment would also outlaw in-vitro fertilization, which is oh, a little weird considering that Mississippi "personhood" leader Brad Prewitt's kids were the result of this common medical procedure.

“It just seems so unfair that you got your two children and now you’re taking the rights (away) for others,” said Cristen Hemmins yesterday.

Hemmins, the most visible face of the movement to defeat Mississippi’s now-notorious Personhood Amendment, heading for a close vote today, was talking to Brad Prewitt. He’s the campaign director charged with passing the initiative, which defines life as beginning at fertilization. He’s also a father through in-vitro fertilization, which fertility specialists say Initiative 26 would make practically impossible.

“Nothing’s fair,” Prewitt replied, according to a recording, and walked away.

Prewitt is the perfect representative for why the grim little anti-choice goblins are insufferable, because this is an issue that is forever and ever about what other people choose to do and the gaggle of righteous idiots feeling like they deserve to have an opinion about it. "Do as I say, not as I do" according to American Jesus, etc. [Salon]