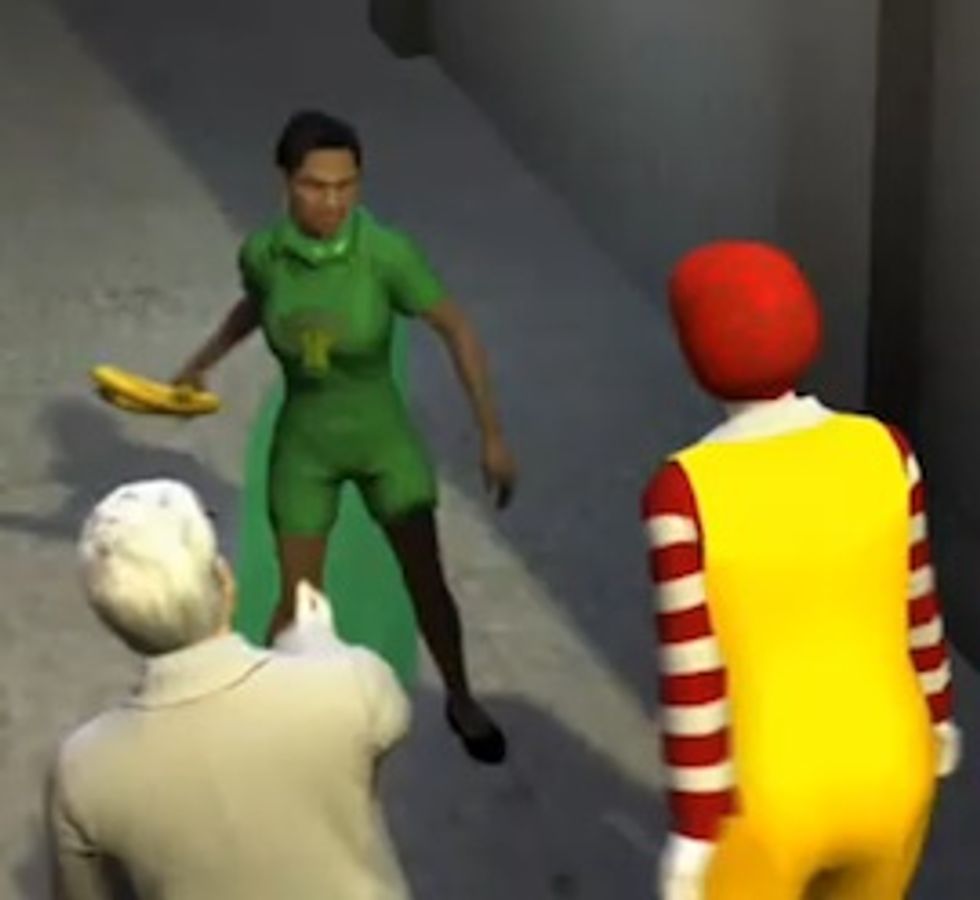 This is the story that finally almost broke the computers at Next Media Animation, because these Chinese animators have an incredibly hard time making fat people -- everyone in the NMA animated video world looks like a 15-year-old skinny kid, even teabaggers. And instead of a worn-out makeup-crusted jowly grandma in a real-estate wig, the NMA team makesSarah Palin look like some hot piece of Russian tail off the Internet. So, watch as these foreigners -- who live in a magical land where people in their 40s really do have the same basic bodies as they did when they were 15 -- try to animate obese American children. It's such a surrender!

They can't do it! They have to paste in photos of sumo wrestlers! THEY CANNOT MAKE US LOOK LIKE WE LOOK. Also, what weird template are they using for Michelle Obama's head?

Oh yeah and then maybe listen to this radio show we heard in the car today, because it is completely relevant to the general topic. [NMA]