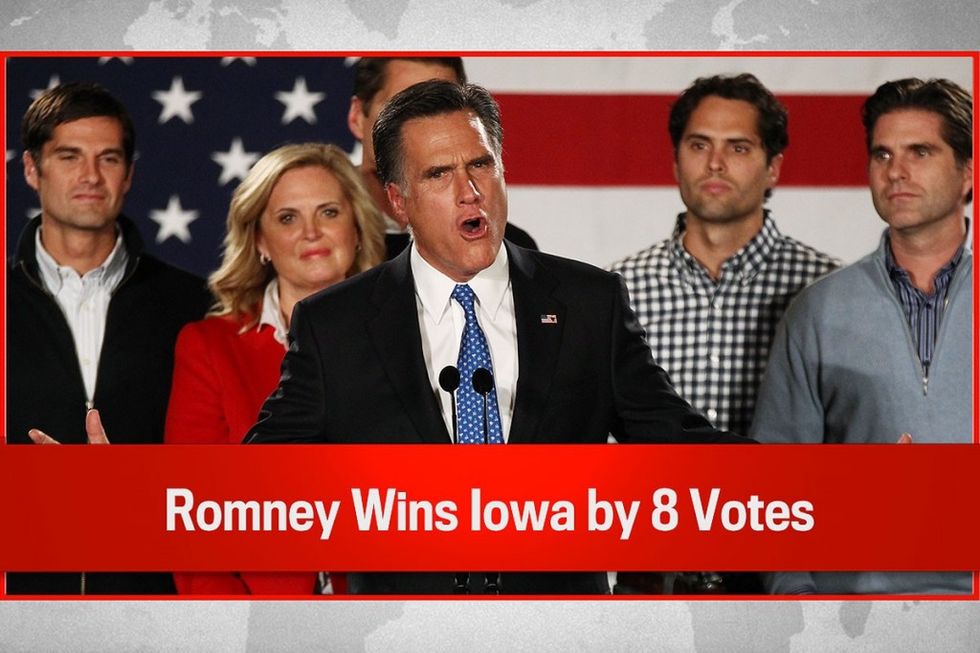 Ann Romney. Bubbeleh. (Or "Mi'lady," if you prefer, and you know you do.) After your husband, the worst candidate for president your humble penpal has ever seen and she has seen Alan Keyes, took a drubbing at the polls last year because of how people did not like him or you, it is consideredunseemly to keep unhinging your slathering jaw to explain that your husband would have never let any of these terrible things happen that the impostor in the White House is forcing to happen by the simple act of not being Mitt Romney (oh, and also because the House of Representatives is led by fucking lunatics but six of one ...). What tacky nonsense is Ann Romney spewing from her mouth hole now?

Ann Romney said the government would not have shut down if her husband Mitt had been elected president in 2012.

“We would not be in a shutdown,” Romney said during an interview on “Fox & Friends.”

Romney said her husband would have "stopped Obamacare," keeping Congress from a government shutdown.

Hmmm. Let's reach back to our high school logic class and see if we can find the flaws in Mi'lady's theorem!

Did you find the flaws? TRICK QUESTION! Lady Romney's proof is logically sound! Except that both parts of her proof are lies, because Ann Romney was talking, with her mouth! The government is not shut down because of Obamacare. It is shut down because of the Bachmann-eyed maniacs who are having the time of their lives! Next, would Mitt Romney, with a Democratic Senate, have "stopped" the duly enacted and SCOTUS-approved law that is the Affordable Care Act? We are guessing he would not! (We are leaving aside the terrible hypocrisy about railing against "Obamacare" from any Romney, seeing as how Massachusetts is fairly pleased with its Obamacare, which they have had since ... weird! ... since Mitt Romney was govnuh!)

Anyway, our point remains: it is probably time to stop writing Mrs. President Romney on your PeeChee folder, Ann Romney, you are a poor loser, and that is a worse look than that fucking $900 fisheagle shirt.