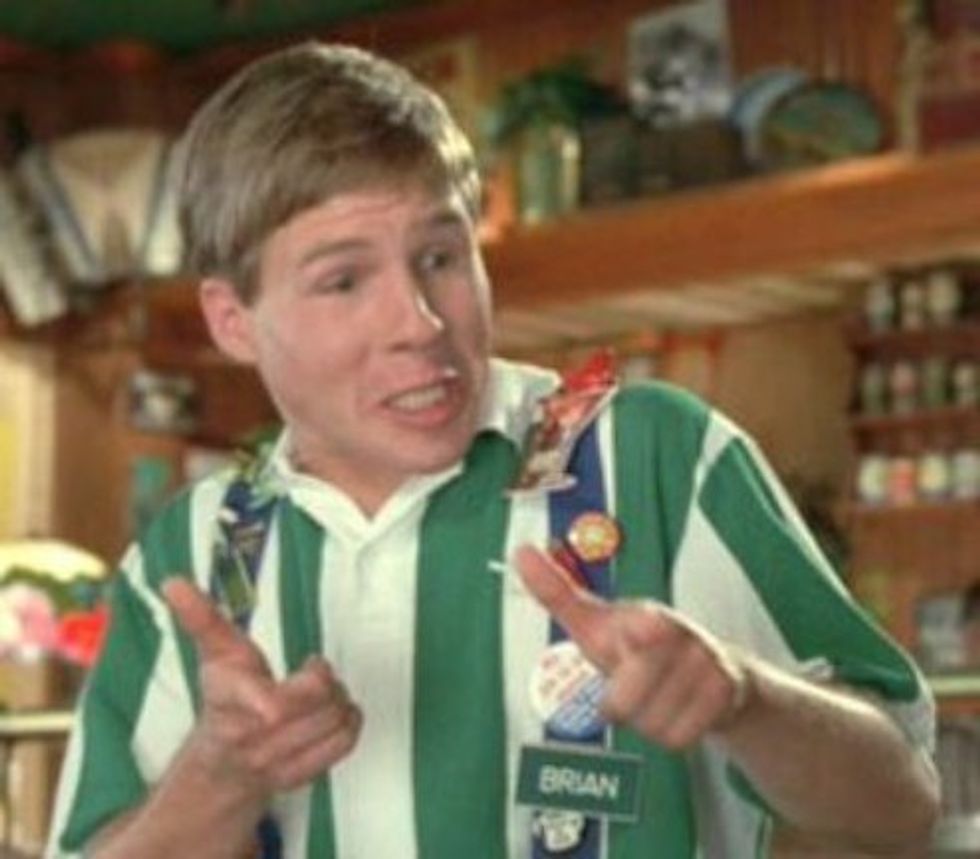 Remember that flair dude from Office Space? Remember what a whiny little jerkbaby he was in the movie? Kind of not an act! The actor, Todd Duffey, sued over his image being used to sell an Office Space book, which might have been successful except that he'd signed away all his rights long ago.

Duffey felt his image had been unjustly used to sell a spin-off product from the movie: the Office Space Box of Flair,which contained a small book about the movie along with “fifteen flair buttons printed with fun sayings and designs.” He filed suit against 20th Century Fox last year, seeking damages, attorney’s fees and “destruction of the allegedly illegal flair" that featured his photograph.

Unfortunately for Duffey, when he agreed to his “Office Space” role, he signed a “Day Player Agreement” with the movie’s production company, which granted the firm “all rights throughout the universe” (yes, that is the legal usage) to his performance, “including the right to use pictures from his performance for commercial purposes[.]”