Another Guy Shoots Up A Movie Theater. America! 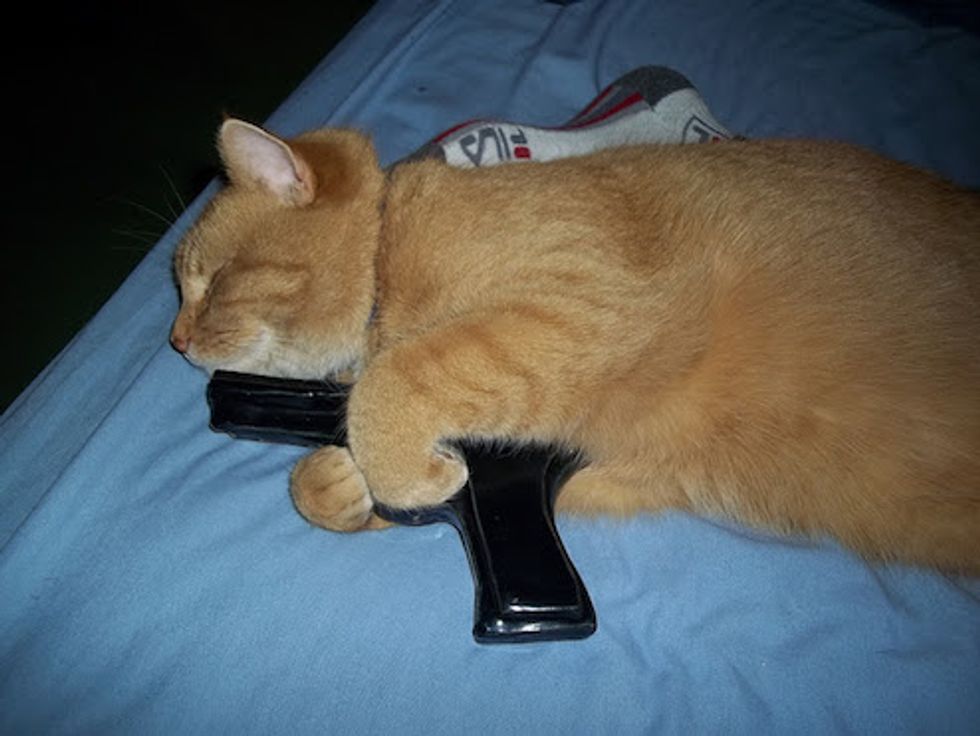 It's been a week since Chattanooga, so we were due for another mass shooting. This time it was a white guy with a gun in a Lafayette, Louisiana movie theater, who shot two women dead and injured nine Thursday night before attempting to flee the theater; when he saw police coming, he killed himself.

The shooter was identified Friday as 59-year-old John Russell Houser.

Houser seemed to be sitting alone in the theater, during a screening of the romantic comedy “Trainwreck,” when he fired a semi-automatic handgun, Lafayette Police Chief Jim Craft said. The first two people hit were the audience members sitting right in front of him.

“He bought a ticket and went into the theater,” Craft said. “And sometime during the movie, he started shooting.”

Two women were killed — one, 21-year-old Macy Breaux, [sic; it's "Mayci," according to her Facebook -- Dok Z] died at the theater; another, 33-year-old Jillian Johnson, died at the hospital.

Buzzfeed says that Mayci Breaux Worked at Coco Eros clothing boutique in Lafayette, and had attended Louisiana State University at Eunice. Jillian Johnson co-owned a gift shop with her husband, Jason Brown, and also co-owned a line of clothing with her brother and another partner.

Get ready for more of the usual bullshit about how if only there had been more people armed in the theater, they could have stopped the shooter before he did more damage, which is of course bullshit -- in the middle of panic and confusion, more guns aren't likely to help, except in gun fondlers' fantasies. But also let's take a moment to think good thoughts about two local teachers, Ali Martin and Jena Meaux, who were in the theater and almost certainly saved lives, according to NOLA.com:

Gov. Bobby Jindal said during a press conference that one of the teachers leapt across her fellow educator to shield her body and then pulled a fire alarm.

The sound of that alarm caused an evacuation of the rest of the movie theater, according to one witness who was inside the showing of another movie.

"Her friend literally jumped over her, and in her account actually saved her life," Jindal said during a press conference. "If she hadn't done that ... that bullet, she believed it would have hit her in the head.

"Even though she was shot in the leg, she had the presence of mind to pull the fire alarm to help save other lives."

One of the women was treated and released; the other is still hospitalized. The local head of the Louisiana Association of Educators has started a GoFundMe to help with the teachers' hospital bills.

It was nice of Gov. Jindal to take some time out of his busy schedule of trying to shut down Planned Parenthood over nonexistent fetus-parts yard sales so he could recognize the heroic teachers. Gov. Jindal condemned Barack Obama last month for calling for some attempt to slow the flow of guns into the hands of lunatics in the wake of the Charleston massacre, saying that it was disrespectful for the president to link guns to shootings:

“I think it was completely shameful, that within 24 hours of this awful tragedy, nine people killed at a bible study at a church,” Jindal continued. “We have the president trying to score cheap political points. Let him have this debate next week. His job as commander in chief is to help the country begin the healing process.”

Well, it's been a week -- a month, actually -- and since Charleston, we've had shootings in Chattanooga and now Lafayette. Obviously, it's too soon again. Perhaps Jindal would be OK with a discussion of guns sometime between Sunday evening and Monday morning -- assuming there isn't another massacre between now and then.

As a side note, the shootings in Louisiana occurred shortly after the three-year anniversary of the theater shootings in Aurora, Colorado on July 20, 2012. As the Huffington Post notes, the Lafayette shootings coincided with the "same day a jury decided that Aurora theater shooter James Holmes’ act was cruel enough to justify the death penalty." So there's your deterrent effect of the death penalty, we guess.

The Gun Violence Archive has recorded 7,162 firearms deaths in 2015 so far, and 181 mass shootings. But don't worry, guns keep us safe: The same source tallies 670 defensive uses of firearms as well, so that balances things out just fine.

A few hours before the shootings, President Obama told the BBC that his greatest frustration as president has been his inability to do anything about guns:

"If you ask me where has been the one area where I feel that I've been most frustrated and most stymied, it is the fact that the United States of America is the one advanced nation on Earth in which we do not have sufficient common-sense gun-safety laws," Obama said, "even in the face of repeated mass killings."

No doubt this means that he's preparing to circumvent the Constitution and seize all your guns. Better go buy more.