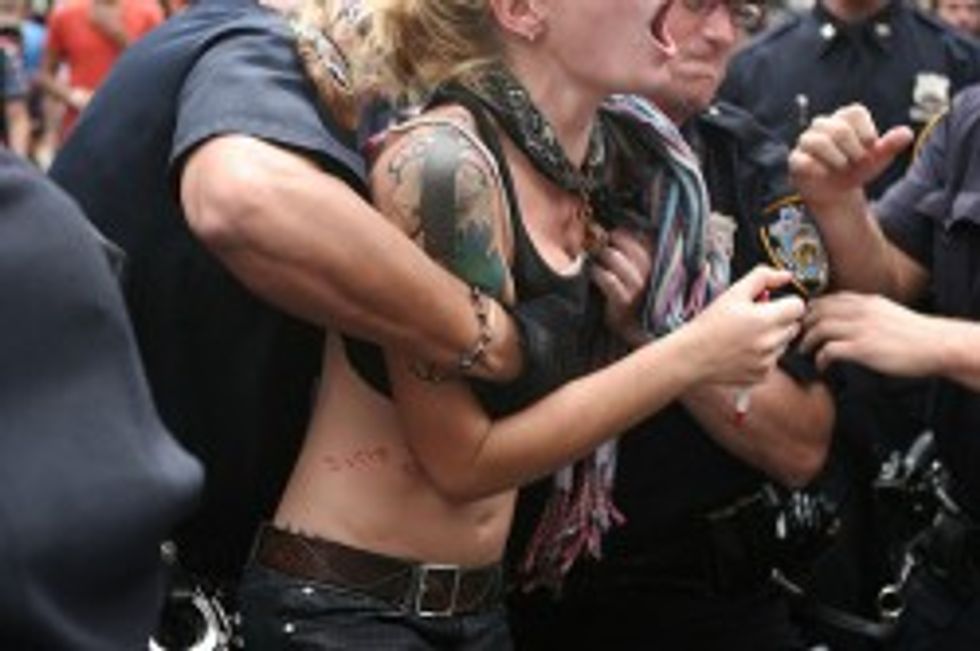 Hello, NYPD police officers, how have you been protecting and servinglord and master Mayor Bloomberg the citizens of New York lately? Oh by raping, menacing, attacking, and assaulting a lady in a Staten Island parking lot when off duty?  That's nice! We should note that the officer's mother claimed that he was innocent of the charges, and then helpfully tried to defend her son by saying “This is not in his character, he’s a police officer.” We're not lawyers, but given that last year ANOTHER woman was raped at gunpoint by a DIFFERENT off duty NYPD police officer and an ENTIRELY DIFFERENT woman was raped  in her own apartment by an on-duty NYPD police officer while another on-duty police officer kept a look out, and this all happened in the past year and a half or so, the “he’s a police officer” thing is maybe not the most solid defense probably? And let’s not even mention the NYPD officer that was accused of sodomizing a man with his walkie talkie on a subway platform, or the (alleged) patternof sexual assault against Occupy protesters in March. So. Yeah, maybe "he's a police officer" isn't the most solid testament to a man's character these days, iffen he's working for the NYPD.

Yesterday, an off-duty police officer, Arthur Roldan, was arrested for rape, menacing and assault for attacking a woman in a Staten Island parking lot. It's believed he raped her at gunpoint. [...] The woman reported the incident Tuesday evening, and Roldan, who has been on the force for six years, was taken into custody yesterday morning, the sources said."

However, Roldan's mother told the News, "My son is innocent," and his aunt said, "This is not in his character, he is a police officer... He’s never been a problem, he’s never had a problem in his life."

Roldan, a Staten Island resident, works at the 78th Precinct in Brooklyn, which covers Park Slope. He has been suspended without pay.

Last year, an off-duty police officer, Michael Pena, raped a woman at gunpoint in Inwood. While a jury was unable to convict him on rape charges (he was found guilty of sexual assault), Pena did eventually plead guilty to rape as part of a plea deal.

Aren’t you happy that these are the people who will be Keeping You Safe starting next week, by watching your online and offline activity all the time? Ladies, I bet you feel especially safe, don’t you?