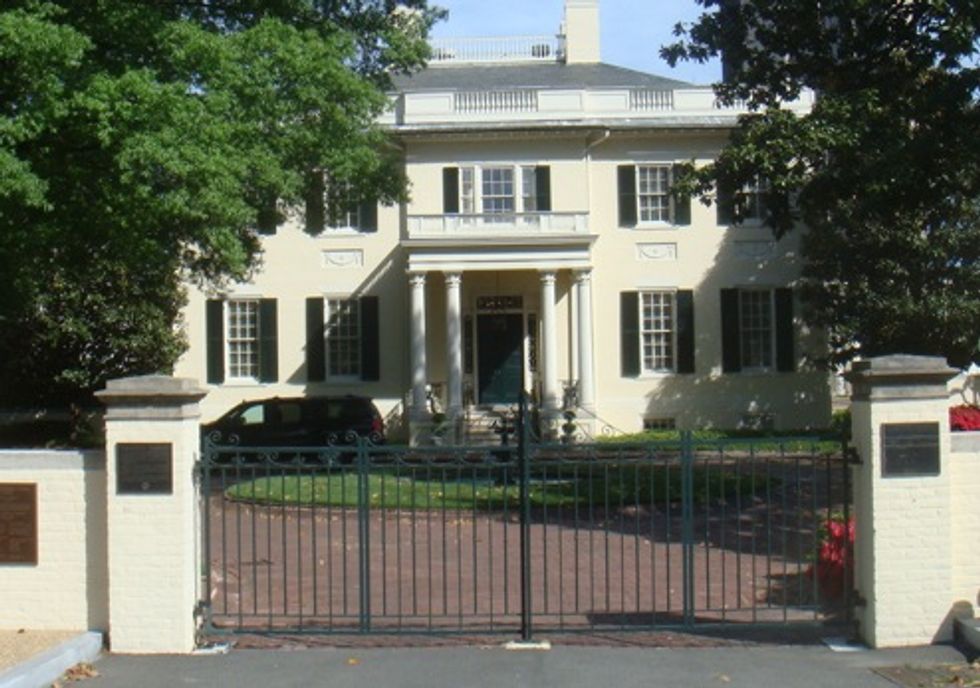 Congratulations to Arlen Specter for joining the Dixiecrat Party of America's "Mid-Atlantic!" Here in America's slave city, Richmond -- a "blue city" now -- we located the "X" marking on the ground where the Enola Gay will finally destroy the South with her payload of Pig Nukes from space -- as soon as Arlen Specter gives the word! See? He doesn't even have to "primary" here.

It's Tim Kaine's executive palace, right by the Thomas Jefferson-designed State House Dungeon! Did you know that Tim Kaine was the President of Democrats until today, when Arlen Specter did whatever?

"You want me to do what, President Lincoln, to get back into the United States?? But I'm Arlen Specter's boy!"

Jim Webb was confused about today's news and sat in his Richmond office with a shotgun all day long, because he thought Arlen Specter was about to come and take his seat. It's doesn't work that way Jim! He has his own seat, already.