2012michele bachmannpt tell your family you love themsigns of the apocalypse 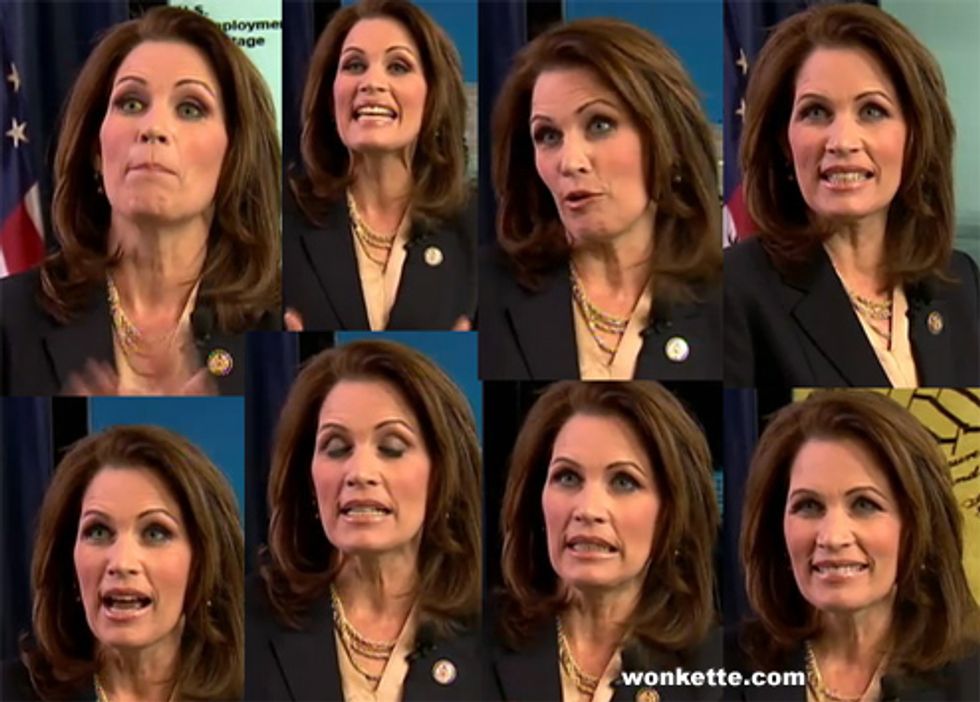 If you need any more evidence these are the end times, here you go: congressional banshee Michele Bachmann isgetting closer and closer to deciding she's going to run for president. Like, president of the United States. Yeah, that one. For real for real. "She is seriously considering running and getting a full team lined up and making sure it's the right one," some Iowa Teabgger told CNN. "It will be different than everyone else. She will have a very good team behind her if she does decide to run." Naturally, her campaign staff will be composed of various hell beasts, nuclear-waste monsters, sharks, and vengeful zombie fetuses with tiny flamethrowers.

Bachmann has already met with prominent interest groups and well-placed officials in early caucus and primary states of Iowa and South Carolina, where both Tea Partiers and Republican regulars have been impressed by her easy rapport with conservative crowds.

Yes, it's almost like they were in some sort of weird trance. DON'T LOOK HER IN THE EYES! That's why she didn't look at the camera in her State of the Union response: It would have melted it!

"Some aspects have to be traditional," said the source close to Bachmann. "You've got to have a media guy, you've got to have your political guy and your message guy. Then there is the non-traditional side. If she runs, you will see a grassroots campaign that looks like none you've ever seen before. It will make Barack Obama's effort pale in comparison."

It won't pale in comparison because it will be more popular than Obama's candidacy was or is; it will pale in comparison literally—Michele Bachmann announcing her candidacy will cause the country to erupt in a bright red blaze and block out the Sun, descending the scorched country into total darkness. [CNN]