Get Ready: Another White Dude News Explainer Website Coming At Ya 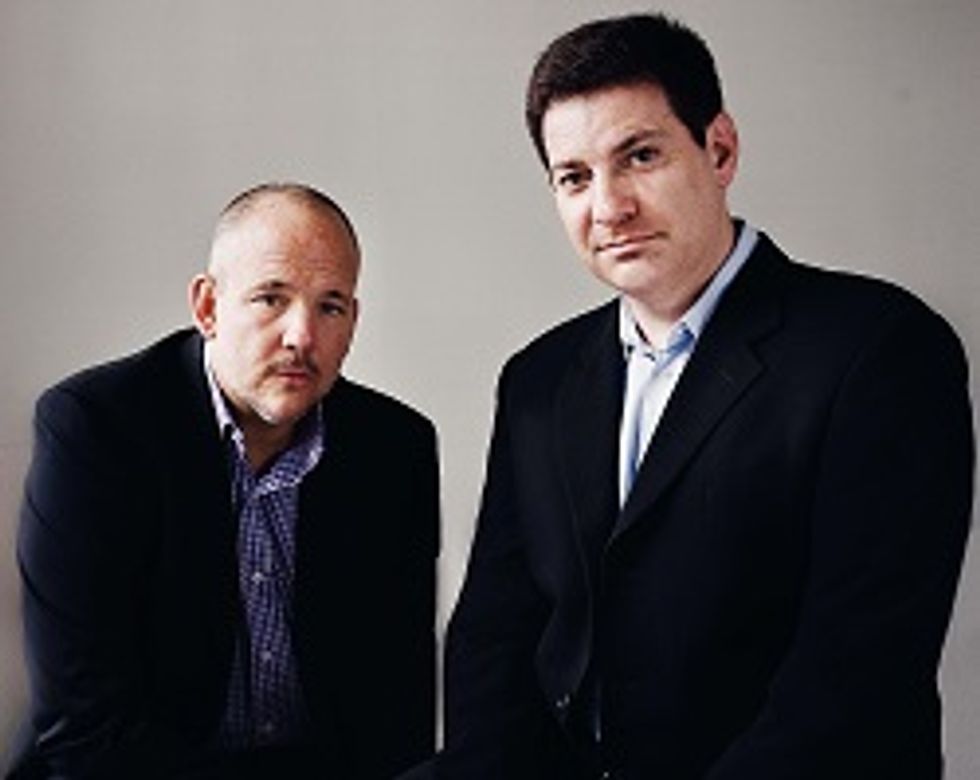 This weekend Bloomberg Media decided todouble down on its political coverage with a game change of an announcement: the company has hired veteran stenographers John Heilemann and Mark Halperin to launch a new website that will cover America’s political news and policy. What a relief! No one has leveraged a big name in political coverage to launch such a site in at least two or three weeks and we were starting to jones a little for something new. Will there be charts? It’s not a political website without charts.

This is great news for the oft-ignored centrist portion of the spectrum of American politics, which has had such a difficult time in the Obama Era because of the president’s refusal to lead, or at least to lead in ways that sad nutsacks like Mark Halperin think he should. Maybe Obama will be on his game now that there will be a new website run by Mark Halperin chronicling his every move.

The dynamic duo will also host a daily television show that will air (presumably) on Bloomberg Television and stream online. Anyone who has ever caught Heilemann and Halperin peddling their shtick on MSNBC’s “Morning Joe” knows that Halperin in particular has all the charisma of dishwater and can tell a story about as well. We look forward to adding Halperin and Heilemann’s joint to the list of political chit-chat shows we totally ignore.

The venture is all part of Bloomberg Media head Justin Smith’s plan to build “a portfolio of content brands” for the company across all platforms. If one of those brands is #sucking, we’d say he’s off to an excellent start.