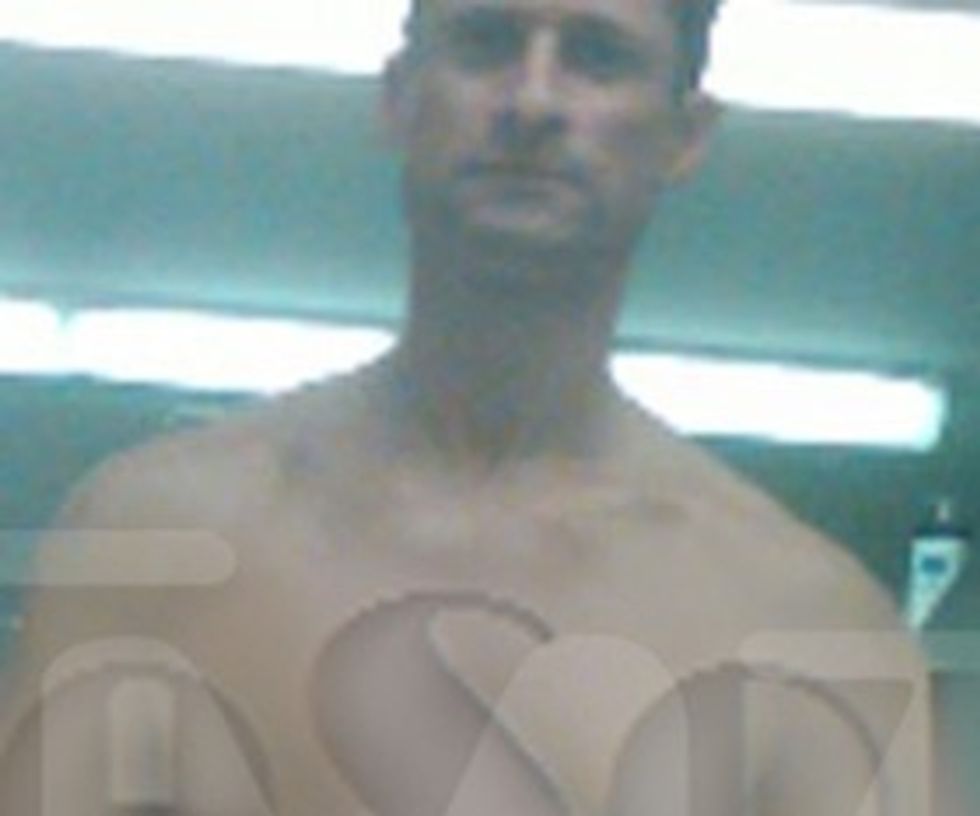 Have you heard thehot news about Anthony Weiner and the never-ending dick joke that is now the entire life of this once-promising congressman -- or should we say dongressman? -- and how he will go to "rehab" to stop loving the young womens on Twitter? Yes, the liberal pinup Democrat who loved to go on the teevee so much to hear himself talk, and also loved to send pictures of his peen to random people who said hi on Twitter, well now he is off to the crazy house, for treatment. Treatment! It's what liberals do, when they are caught doing things. They want to "work it out," and also vanish for hopefully long enough for their tawdry scandals to fall off the top of Google News.

Oh, and now the Politico's West Coast office, TMZ.com, has more pictures of Weiner grabbing his weiner, this time perhaps in the House gym. And now, for the first time, we can say that it's not just his face and his penis that are gross. He's also getting fat. Ugh.

Everybody (except Andrew Breitbart) wants Weiner to quit and go away. Nancy Pelosi is saying very Stern Grandma things about how he should get mental help "without the pressures of being a member of Congress." Haha, like being insane ever stopped anyone from being in Congress! Anyway, the latest is that there really isn't a "latest" to report, as Weiner has yet to resign (unless he's resigning right now, on Twitter, while we're writing this) and also hasn't really said what kind of "treatment" he will seek, or where he will get this treatment. Perhaps by using some Twitter coupon at a strip club where they dress up like schoolgirls who watch MSNBC for some reason? [New York Times]