Anti-Choice Nitwits Just Going To Picket Everything Now Because Why Not? 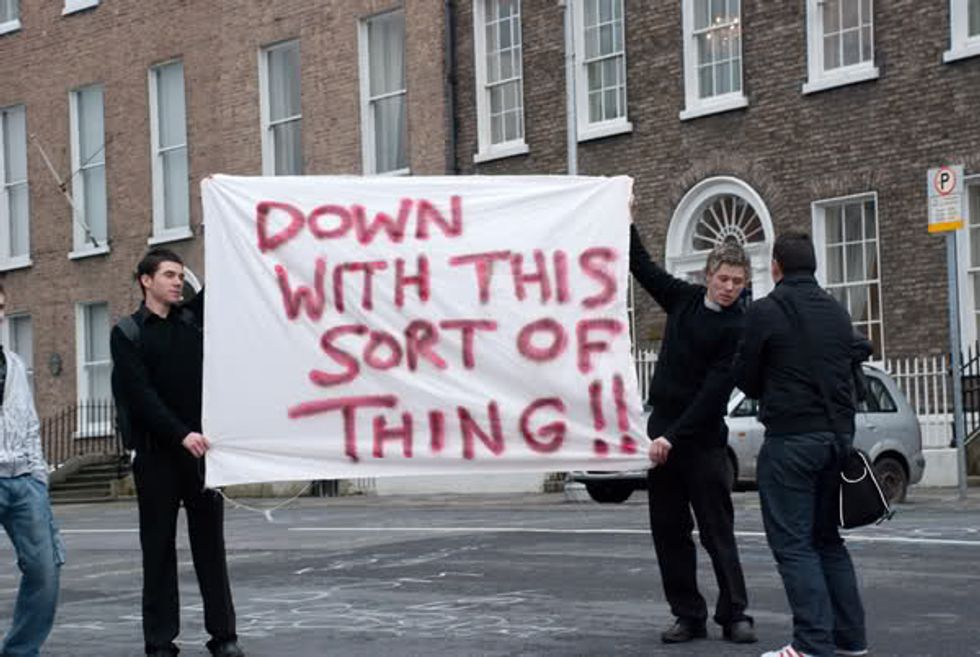 We were already perfectly aware that people in the anti-choice movement have a rather casual relationship with the truth. Actually, that's overstating the relationship a bit. Anti-choicers and truth do not even live in the same zip code. They might not even live in the same state. So, we shouldn't be surprised to learn that the not-at-all-good people at Pro-Life Action Ministries (PLAM!) are mounting one of their patented full poutrage anti-abortion hissy fits, completely with "sidewalk counseling" at a Planned Parenthood location that does not actually perform abortions.

The new Planned Parenthood location in South Minneapolis provides access to contraception, as well as family planning and sexual health services — and because it can be easily reached by public transit, it can provide those services to many citizens who live outside the immediate community.

The Pro-Life Action Ministries (PLAM), however, targeted the facility anyway, claiming that “[a] Planned Parenthood satellite clinic refers for and promotes abortion to both minors and those of age.” Moreover, the group claims the clinic will provide abortions, saying that “[i]t dispenses the so-called ‘morning after pill,’ which most often causes an early abortion instead of acting as a contraceptive.”

Setting aside the fact that the morning after pill DOES NOT CAUSE AN EARLY ABORTION YOU DUMB FUCKS, we await PLAM's appearance outside our local CVS, which also dispenses the morning after pill for $50 bucks, no questions asked, no spittle-flecked sidewalk counseling endured. Oh, and perhaps PLAM will picket the public transit system in Minneapolis, because it can transport people to and from places that might give out birth control or take you somewhere where you might have some sexytime that is not about making a babby.

[A]nti-abortion activists claim to have hung nearly 14,000 leaflets on doors throughout the neighborhood, urging residents to avoid the new Planned Parenthood, which they say offers "dangerous contraception," "promotes and encourages sex without limits," and is "destroying families."

Come to think of it, we're actually pretty into going places that promote and encourage sex without limits, so we should probably ease on down the road to that Planned Parenthood ASAP even if they won't help us abort our baby. But they'll get us one crucial step closer to aborting our baby, and that's all that counts.