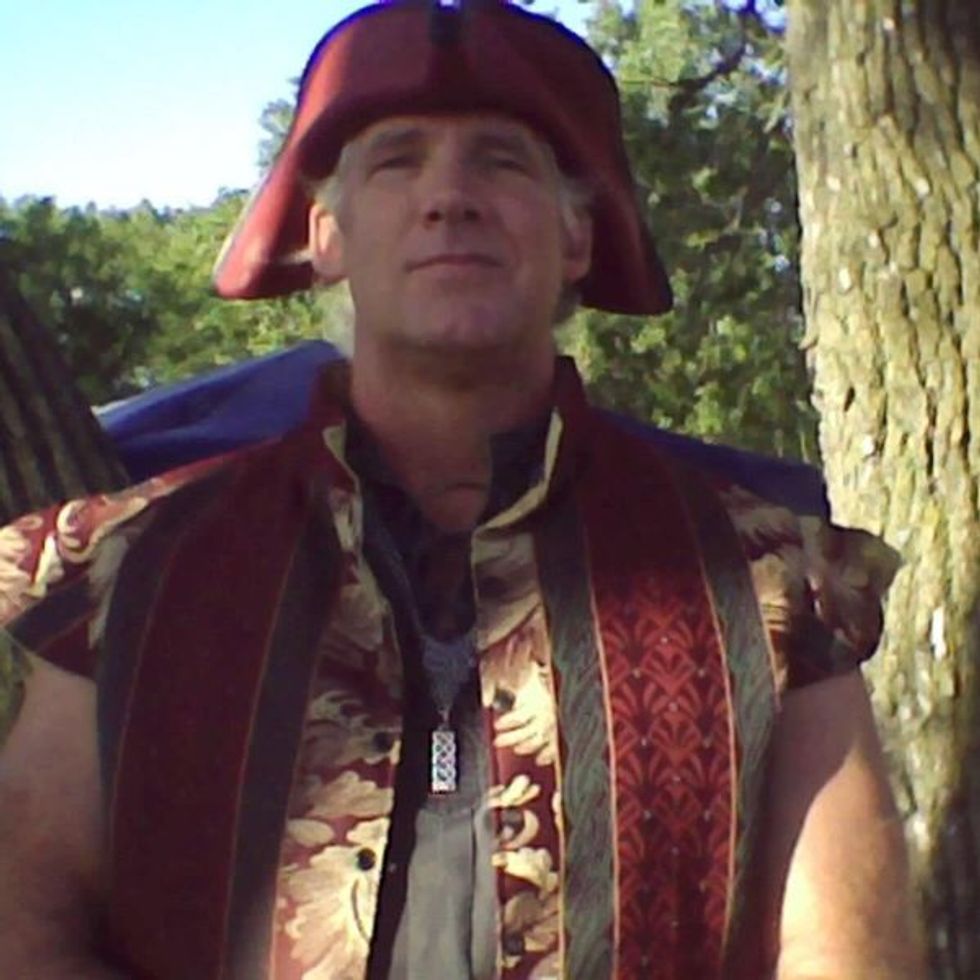 Here's something you may have missed if you spent the weekend driving to Missoula and back so you could read some Kurt Vonnegut lovey-dovey stuff at your boss's wedding. An antigovernment gun nut drove around downtown Austin, Texas, in the wee hours of Friday morning, firing over 100 rounds at police headquarters, a bank, and the federal courthouse. He also tried to burn down the Mexican consulate.

Forty-nine-year-old Larry Steven McQuilliams was shot dead by police, who apparently didn't get the point and refused to join his attempt to refresh the Tree Of Liberty with an armed rebellion. Neither did any of the vocal pro-rebellion internet tough guys who keep waiting for the spark that's finally going to set off a new American Revolution and bring true freedom. Because obviously, the time isn't right yet, but it's important to be ready -- may need to buy some extra guns, just to be sure.

While police have not yet found a suicide-by-cop note that might explain McQuilliams's motives -- he had written "Let me die" across his chest -- his targeting of the Mexican consulate led Austin Police Chief Art Acevedo to speculate that Barack Obama's recent executive action on immigration may have played a role:

"If you look at the targets, it doesn't take a genius (to suggest) that that is the potential," Acevedo said. "I would venture that political rhetoric might have fed into some of this, but that is speculation on my part."

"When you look at the national debate right now about immigration, that ... comes to mind. Sometimes our political discourse becomes very heated and sometimes very angry," Acevedo said.

At Breitbart.com, commenters were quick to point out that both McQuilliams and witnesses to the shootings were idiots. One of the witnesses said that he had an "automatic rifle," when it was almost certainly a semi-automatic, a distinction that proves that gun control is stupid, while another commenter criticized McQuilliams for attempting to set fire to the consulate using propane cylinders, noting, "Next time use a petrol bomb propane tanks are unreliable."

There's not yet a lot of evidence of exactly what McQuilliams's political motives for the shootings, if any, might actually be; some Facebook entrail analysis by a liberal blog revealed that McQuilliams's Facebook page included a whole lot of pictures of him at renaissance festivals -- which is where the tricorn hat photo above comes from, not a Tea Party rally -- suggesting that McQuilliams's grasp of fashion history was as shaky as his hold on reality. They also found one comment from 2012 saying he hoped Ron Paul would run as a third-party candidate, and a Nov. 10 complaint about U.S.-funded arms to Syrian rebels ending up in the hands of ISIS fighters: "stop buying other people stuff with MY TAX MONEY!" Beyond that, the Facebook page is largely apolitical, and doesn't have the sort of weirdass ramblings we've come to expect from, say, sovereign citizen loons.

Even so, a number of rightwingers who hate the government are trying to distance themselves from McQuilliams and his apparent hatred of the government. Posters on Stormfront wanted to make clear that while it's very important to secure a White Future through a racial holy war, they also don't want anyone thinking they're violent loons, so they explained that McQuilliams's actions were clearly a false flag attack intended to make Patriots look bad. One wrote,

I had a feeling it was a white man, and you can be sure the hostile aliens who really control the country are going to use this against US. Half cocked attacks on the part of an "angry white male" is a dream come true for any Jewish or darkie gun grabber and agent of genocide against whites. The putrid smell of a Zionist or Mexican false flag against whites and the U.S. Constitution hangs heavy in the air here.

It's nice to know they're so concerned about their image. Another participant in the discussion seemed mostly annoyed that McQuilliams settled for getting himself killed over property damage, complaining, "Obviously the man didn't put enough planning into it. What a waste." To which another replied, obviously disappointed,

with so many ummm..."courses of action" available that would produce a positive result... he wates all that eneegery and even his life, on a futile, impotent act.

On the other hand, over at Free Republic, the consensus seems to be that since he liked to perform at Rennaissance Fairs, and the shootings occurred in the "liberal cesspool of Austin," McQuilliams has to be a liberal, so there's that, too. And just for laughs, Alex Jones's website briefly carried and then deleted a story suggesting that McQuilliams was somehow a liberal protesting Ferguson.

Obviously, this never would have happened if Texas were just a little friendlier to open carry of firearms.