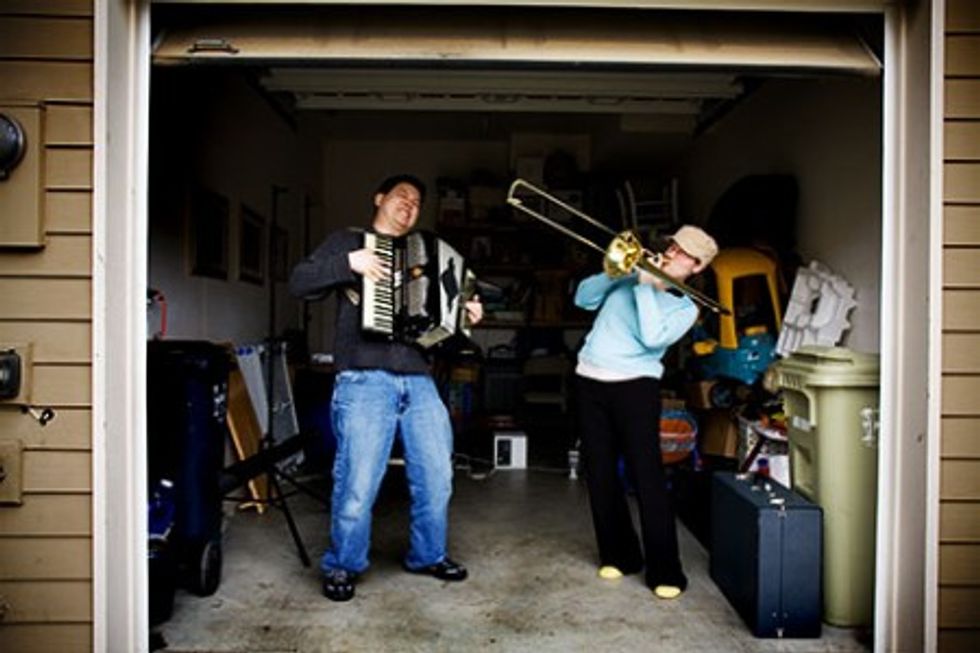 Just in case anyone needs a handy illustration ofMarx's dictum that history repeats itself, first as tragedy and then as farce, we have this News McNugget: The National Organization for Marriage, which was one of the main groups behind the now-defunct Proposition 8, is teaming up with a coalition of other wingnuts to push a ballot initiative that would overturn the California's law allowing people to use whatever restroom fits their preferred gender identity. You know, gotta protect the kids, and what better way to do so than another empty gesture?

Opponents of the transgender student law have until Nov. 8 to gather the signatures of 504,760 registered voters to place a referendum on the November 2014 ballot that would nullify the statute.

The National Organization for Marriage is encouraging its members to help circulate petitions and to give money that could be used to hire professional signature-gatherers.

The political strategist who ran the successful Proposition 8 campaign, Frank Schubert, has signed on to manage the referendum campaign. Noting that no one has ever qualified a referendum in California using only volunteers, Schubert said "it's a virtual certainty" the campaign will hire paid petition-circulators to supplement work already going on at churches statewide.

The target this time around will be California's AB1266, which Gov. Jerry Brown signed into law in August. The law requires that public schools allow students at all grade levels

be permitted to participate in sex-segregated school programs and activities, including athletic teams and competitions, and use facilities consistent with his or her gender identity, irrespective of the gender listed on the pupil’s records.

Obviously, it's the end of civilization as we know it, because if boys pee where girls pee without first taking a genetic test, the next step will inevitably be allowing endodontists to marry underaged garden gnomes.

Schubert said qualifying the referendum for the ballot will be difficult, but he thinks it would pass easily if put before voters.

"This is not a law people support by a long-shot," he said. "This is an attempt to hijack an issue that may be legitimate for a small number of people and use it to impose a statewide mandate in pursuit of a larger political agenda ... to strip society of all gender norms so there is no difference between men and women."

Equality California Executive Director John O'Connor, who teleported from the future to kill a robot assassin and cosponsor AB1266, said that he was not especially worried about the ballot initiative's prospects:

"Frank Schubert has built a political career on these anti-LGBT measures that divide people and perhaps years ago he had some success," O'Connor said. "We have turned the corner. The public is solidly in favor of LGBT equality now."

Yr Wonkette looks forward to the campaign ads on this one, which should pretty much be the epitome of good taste and rhetorical restraint. Especially the shower scenes.