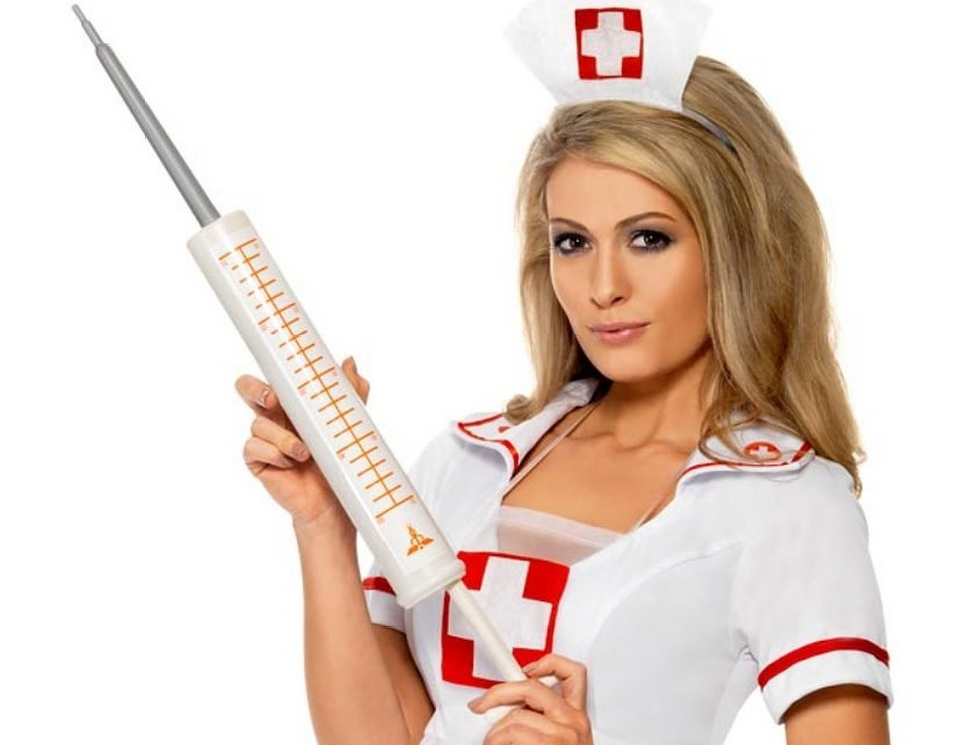 Welcome back to the cheaters, rapscallions, and assorted flim-flammers alike. It's time once more for the Snake Oil Bulletin! This week we have a double dose of dumb-dumbs being extra diddly-dumb about vaccines. Do vaccines cause autism? Still nope! But that hasn't stopped these intrepid idjits from spreading their lethal brand of nonsense all over this great land of ours. Let's start off the Bulletin with a feel-good story about people finally calling out those anti-vaxxing booger weasels.

It's a Christmas miracle! Tribeca decides not to listen to anti-vaxxing charlatan after all!

After facing a blistering round of criticism from anyone with a brain, the Tribeca Film Festival has canceled the screening of a film that claims vaccines cause autism and the CDC is covering it up.

The film in question, Vaxxed: From Cover-Up to Catastrophe, is written and directed by everyone's favorite charlatan Andrew Wakefield. If that name sounds familiar, it's because Wakefield was the original liar who lied in his fake study that purported to show a made-up connection between vaccines and autism. Y'know what, let's have Joe Hanson of the fabulous PBS series It's Okay To Be Smart summarize Wakefield's faux-dentials by adjusting Tribeca's official description of the flim-flammer:

In a nutshell, Wakefield fraudulently created a study that purported to show a link between the MMR vaccine and autism. He did this by manipulating data, violating ethical standards of medicine, and sometimes just outright lying. He did this because he was being paid by a law firm that was attempting a class action suit against a vaccine manufacturer, and because Wakefield himself had recently bought stock in a competing MMR vaccine. Wakefield was eventually found out, had his study retracted, and had his license to practice medicine revoked. He's spent the last few years portraying himself as a martyr to any who would listen, and since this is anti-vaxxers we're talking about, listen they did. Now Wakefield has gotten into movies, like all great hacks whose work can't make it into scientific journals.

The claim of the film is the same that Wakefield has been touting on the very lucrative anti-vaccine lecture circuit for the past few years: Wakefield claims the CDC is engaged in a concentrated cover-up of research conducted by supposed whistleblowers Brian Hooker and William Thompson. Wakefield says Thompson has documents proving the CDC deliberately suppressed data in a study that was supposed to test autism rates in the Atlanta area. As veteran quack-debunker Orac explains at Respectful Insolence, Thompson's and Hooker's claims of malfeasance seem to indicate less "cover-up" and more "bad science rejected by peer review."

Nevertheless, despite even TIME Magazine calling bull on Wakefield's latest raison d'etre, the pompous ass decided to make a film out of his claims, because movies don't need any of that silly "peer review" process -- just a handicam and enough money to purchase an editor off Fiverr.

The Vaxxed film got the attention of the Tribeca Film Festival's co-founder, actor/director/your dad's shifty friend from middle school Robert De Niro. In a statement responding to complaints about the film's inclusion in the festival, De Niro said:

Grace [De Niro's wife] and I have a child with autism and we believe it is critical that all of the issues surrounding the causes of autism be openly discussed and examined. In the 15 years since the Tribeca Film Festival was founded, I have never asked for a film to be screened or gotten involved in the programming. However this is very personal to me and my family and I want there to be a discussion, which is why we will be screening VAXXED. I am not personally endorsing the film, nor am I anti-vaccination; I am only providing the opportunity for a conversation around the issue.

The best way to have any discussion is to have one side equipped with facts while the other side has a bunch of made-up lies that carry equal weight. That's what Fox News calls "fair and balanced."

De Niro himself pushed for the film to be included in the festival's lineup, and the reaction was swift. Legitimate scientists and journalists implored the board to remove the film. Filmmaker Peggy Lane called out Wakefield for being a proven fraud, and claimed that including Vaxxed in the Tribeca lineup threatened the credibility of not just the festival but all the festival's other hard-hitting pieces of cinema. Twitter relentlessly mocked the festival with the hashtag #FutureTribecaDocumentary, which imagined other idiotic, agenda-driven films like "'Shutting that whole thing down': How Todd Akin revolutionized the field of reproductive health biology."

Finally, after mounting pressure and threats of boycotts, De Niro himself issued a retraction:

My intent in screening this film was to provide an opportunity for conversation around an issue that is deeply personal to me and my family. But after reviewing it over the past few days with the Tribeca Film Festival team and others from the scientific community, we do not believe it contributes to or furthers the discussion I had hoped for.

[contextly_sidebar id="UzWnAN7APVQxfB6Ani4AjLuQf7EQKDVK"]Naturally, Wakefield et al. are claiming censorship, a word that people still don't seem to "get." Censorship means that the government is purposely silencing your message. What happened here is that a private group decided not to give Wakefield a gallon of their own kerosene when they saw he'd come equipped with matches. You do not have a right to burn down a building, and you do not have a right to spread malicious lies about autistic people and the medicine that has saved so many children from deadly diseases. It's because of people like Wakefield that deadly diseases have made a comeback, and scientists can now make a causal link between the rise of Wakefield's anti-vaxxers and the increase in whooping cough and measles.

Go try out your matches on your film reel, Andrew. Now you'll have lots of free time on your Conspira-Sea cruise lines. You can torch the negatives in between lectures on crop circles and chemtrails, because that is where you actually work now.

You know what's the hottest look for summer? Malnourished babies! Or at least that seems to be the editorial decision of long-running health and nutrition journal People Magazine, who featured on their website a recipe for homemade baby formula that will kinda sorta kill babies. It must have been rejected idea for finally dropping that baby weight.

As part of the book tour for her new autobiography, Balancing in Heels, apparently famous person Kristin Cavallari (it's okay, we've never heard of her either) shared some great parenting insights with People, insights she no doubt gained from being an amateur immunologist and professional wife of a sportsball person named Jay Cutler, which is a career now we guess? Okay, sure. If dog psychic is a real career then bridal lump can be too.

Cavallari offered her formula for homemade baby formula made of goat's milk in the magazine's "Great Ideas" section. Hold your giggles. According to People, Cavallari says her children have sensitivities to cow's milk and thus she feeds them a formula of goat milk, cod-liver oil, and organic maple syrup. Nothing babies (and baby parents) love more than an oil expressly taken to make children barf.

People published the recipe for Cavallari's formula, but added a disclaimer at the end that, oh, BTW, this could super kill your baby. Drink responsibly!

“Why would you want to use an alternative formula when there are well tested and tried formulas widely available?” Dr. Mark Corkins, a pediatric gastroenterologist and member of the American Academy of Pediatrics, tells PEOPLE. “These cocktail formulas do not have the fortification of the vitamins and minerals that the standard formulas have. Commercial formulas are some of the most highly regulated foods with strict nutritional standards that the companies have to meet for the FDA.”

That actual doctor person saying quite clearly that you should not feed your baby goat's milk didn't stop People from publishing Cavallari's recipe in full, with the thought process no doubt not extending beyond "if we put a disclaimer on it, no one's going to actually use it, right?" It's the same thinking behind publishing the schematics to a pipe bomb and putting a big red sticker on the book that says "Don't build this if you're a terrorist please thx." Anna Merlan of Jezebel went one step further by pointing out that, according to the journal Pediatrics, babies who are fed exclusively goat's milk suffer from a rash of health problems such as metabolic acidosis and anaphylactic shock. We've no doubt that Ms. Cavallari would rather you use a natural alternative for that anaphylaxis instead of using a gross Epipen.

After someone on the janitorial staff (we bet) told the editors at People that this was a stupid thing to publish, People quietly retracted the story from their website, saving all the children whose parents read the awful article. Now the only place they can find the anaphylactic formula recipe is on internet archives and in Cavallari's book, now available on Kindle! And with stellar reviews like these, how could anything go wrong?

"I am obsessed with Kristin Cavallari. Not only is 'Balancing In Heels' such a fun read―her wellness, beauty, and parenting advice is perfect for all super mommas!”― Molly Sims