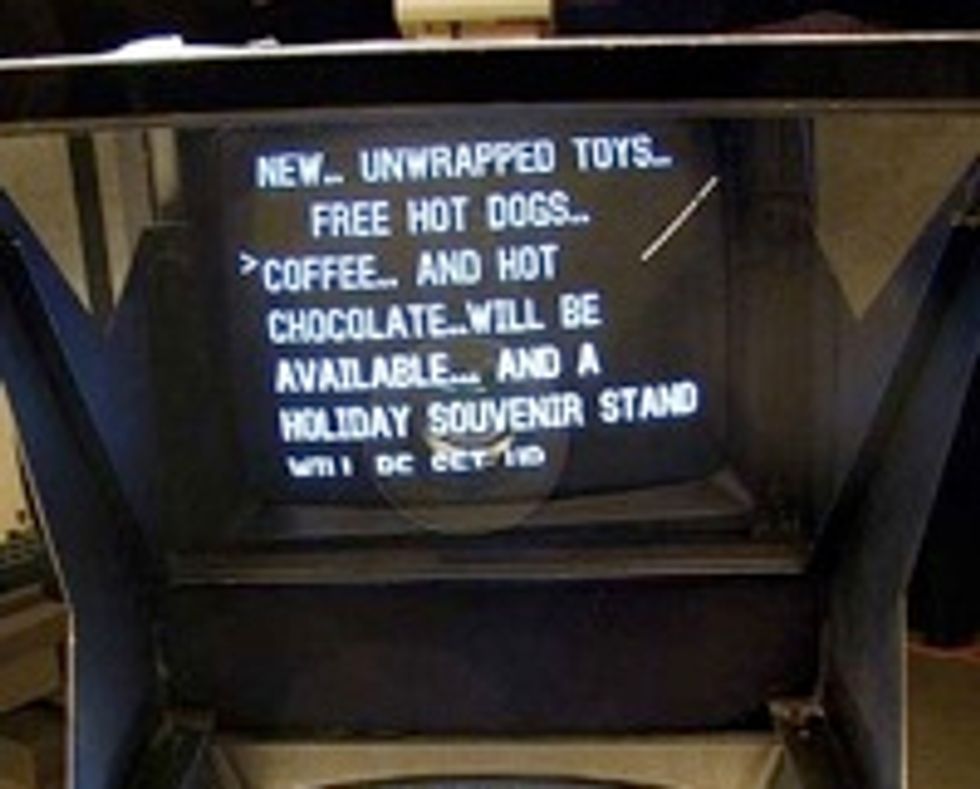 The Washington press corps has come full circle, everyone! FamousKarl Rove-loving wingnut Ron Fournier, who is somehow the Washington Bureau Chief for the AP, has written crucial News Analysis of the Obama press conference last night. We know it's "analysis," you see, because that word is in the headline: "Analysis: Teleprompter telegraphs Obama caution."

WASHINGTON – What kind of politician brings a teleprompter to a news conference?

President Barack Obama took no chances in his second prime-time news conference, reading a prepared statement in which he took both sides of the AIG bonus brouhaha and asked an anxious nation for its patience.

You know what other kinds of politicians "bring" teleprompters -- slung under their arms, we might assume -- to news conferences? All of them, because you see they all have these things called "speechwriters." It's a little known fact, sure, but sometimes the remarks politicians give at events are already... pre-written! And then they "read" them to the public either from a teleprompter, or from sheets of paper, or note cards, who cares, all they have to do is read them authoritatively.

It seems that Ron Fournier and many others have forgotten the basic format of every single presidential press conference ever, which is for the President to read a prepared statement for 5 minutes or so and then take questions. Would they be happier if Obama spent five hours of his workday trying to memorize his remarks?