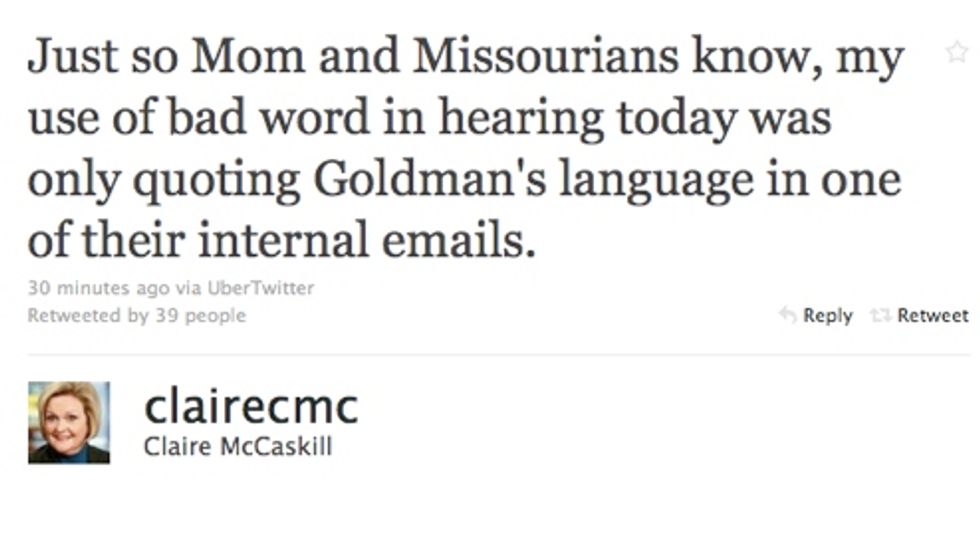 Much like elderly penguinCarl Levin, Claire McCaskill was forced to utter the acceptable adult word "shitty" today while discussing internal Goldman Sachs e-mails that said "shitty." So here she is apologizing to her mother and the state of Missouri, on the Twitter. But she owes an apology to Goldman Sachs most of all, as does everyone, for questioning them. THEY WERE JUST MANAGING THEIR POSITIONS, YOU GUYS! [Twitter via Clusterstock]